One of the most important discoveries in water history was made in New York’s Brighton Laboratory, where one of the world’s most powerful lasers is located. What we will talk about today goes one step beyond this discovery. However, let’s get to know a little more about the water state we mentioned before. Then we have something to tell you.

The new water state, observed at very, very small dimensions in the laboratory, is quite strange in two respects. Because, although it is extremely heated, it is formed not by the vaporization of water, but by its solidification. With the effect of the laser, the water atoms crystallize into a solid state. In other words, water turns into an icy state when under the influence of thousands of degrees of laser.

Last week we reported to you the first news on the subject . Now we take a closer look at the issue.

B scientists named this new form of water “super ionic ice”. The trench ionic ice in question is black and hot, in contrast to the white and cold ice at the poles and in your refrigerator. It is also 4 times heavier than the same volume of white ice. Research in the early 1990s predicted that, in theory, such a state of water could exist. As a matter of fact, such concrete evidence could not be obtained.

Now hang tight: Super ionic ice or hot and black ice is (could be) everywhere in the universe! 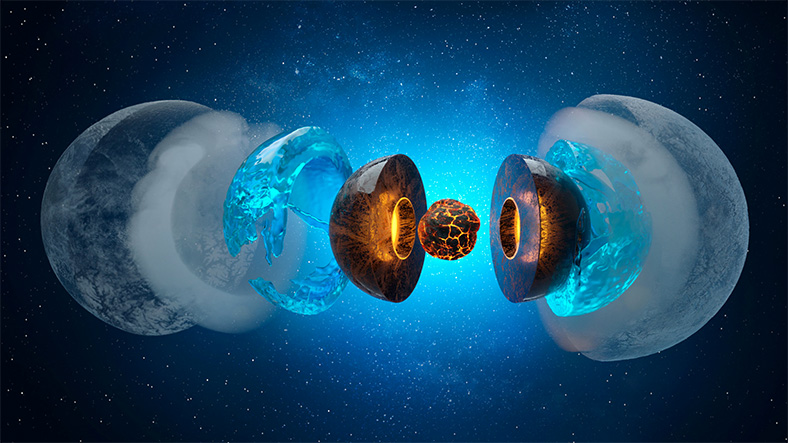 Let alone other systems, even in the Solar System, we are overjoyed when we find water on a satellite or planet. According to the scientists who made this important water state discovery, superionic ice may be the most common water state in the universe. There are even some important findings in this regard.

The fact that super ionic ice is 4 times heavier than ordinary ice we know means it can fit more water in less space. Neptune and Uranus, the glacial giants of the Solar System, are thought to have superionic ice as well as solid ice, as is the case with bodies like Earth, Enceladus, and Europa.

All previously known states of water ice consisted mainly of water molecules with two hydrogen atoms and one oxygen atom. The situation is different with super-ionic ice. In this form of ice, water molecules exist in a fragmented form, intertwined with liquid and solid. When we say liquid, we are talking about a liquid state at the molecular level, not the amount that you can see with the eye. While the oxygen atoms are connected by a cubic lattice structure, the hydrogen atoms can freely move inside these solid cubes in liquid form.

Quite extraordinary, unimaginable and extremely bizarre! is not it? 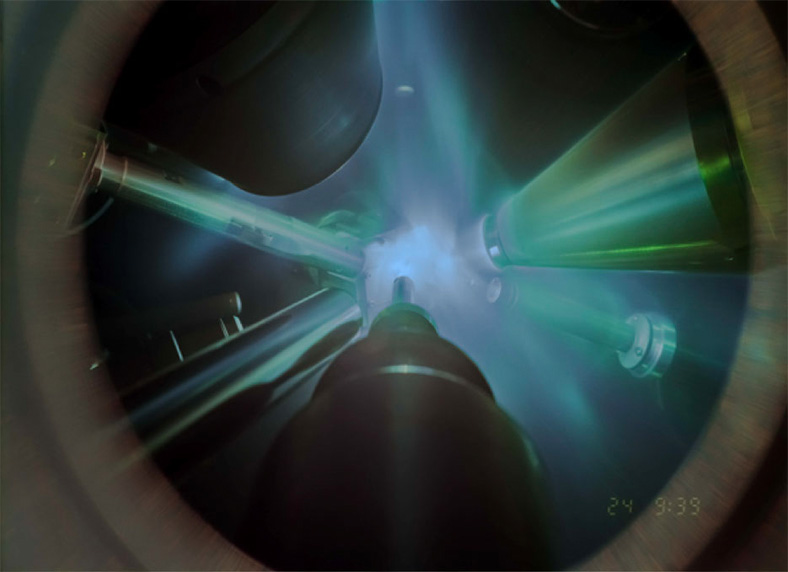 According to experts, it was impossible to perform such an experiment until 5 years ago and make the observations in question. The discovery of superionic ice will shed light on Earth-like planets and how water is distributed throughout the universe. Apart from this, new techniques will be tried in computer simulations of quantum physics. Materials with stronger structures will be inspired by the molecular structure of superionic ice.

Scientific know-how and research techniques have been laying the groundwork for such discoveries over the past 30 years. Among the simulated water states, first aided by computer software in 1988, was the “superionic ice” whose existence is conclusively proven today. Let’s see what we can learn about this interesting ice in the coming years.