Worldwide research causes us to come across ruins from ancient civilizations and learn about the past. Our country is also among the rich locations in this respect. Of course, such discoveries can also occur by chance.

Now this kind of thing in Eskişehir it happened. It was stated that a farmer who plowed his field in the town of Sivrihisar discovered an artifact from very ancient times. The figures found on the discovered artifact also drew great attention. 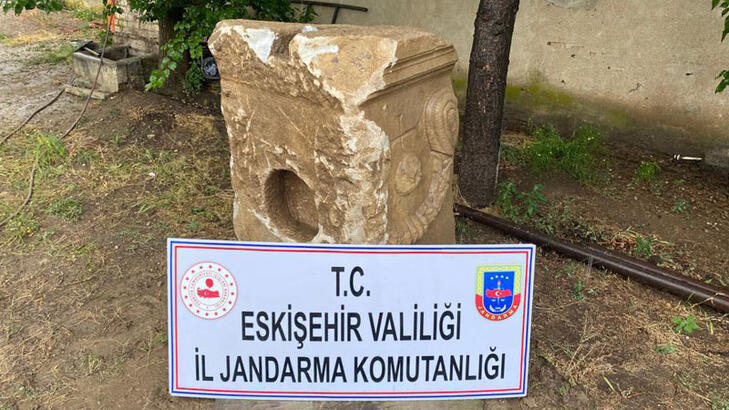 According to the reports, a farmer plows his field in Sivrihisar’s Kaymaz District Holuz Mevkii, as a result of it getting stuck on his plow. cross and many different figures found a stone artifact. The artifact discovered in the land, which is stated to be a first degree protected area. 1.5 meters long and 1 meter widereported to have.

Authorities took action after the stone artifact was found. As a result of the examinations, this work, which contains many figures, Roman period determined to belong. After this, the stone work was taken to the Eskişehir Museum Directorate.

It was reported that an investigation was launched against the owner of the field who found hundreds of years old stone artifacts. The reason for this is Opposition to the Law on the Protection of Cultural and Natural Heritage and failure to comply with the principles set for archaeological sites. ‘ the charges were shown why. It is stated in the determined laws that it is forbidden to excavate without permission in order to find cultural assets in protected areas.