In recent years, researchers have begun to work harder to develop sensitive photodetectors. These detectors are so sensitive that they can sharpen objects 10 kilometers away with just a single photon. But of course, the work did not end there, physicists wanted to increase this distance even more. A team of researchers led by Zheng-Ping Li of the University of Science and Technology in Shanghai, China, has developed a camera that can take pictures inside an irregular city at a distance of up to 45 kilometers.

The technique for photographing objects 45 kilometers away is through single photon detectors combined with an algorithm that combines the largest data points to produce super high resolution images. This new technique can even be considered simple in principle because it uses laser technology to detect distance.

The team of researchers installed this camera on the 20th floor of a building on Chongming Island in Shanghai and captured the Pudong Civil Aviation building, 45 kilometers away. 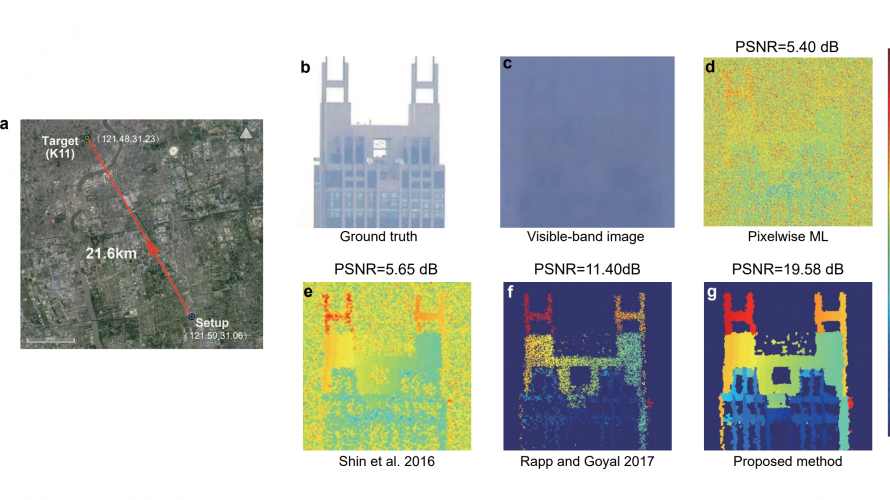 Conventional images from telescopes show nothing but noise, but this new technique provides images with a spatial resolution of 60 cm. The image here demonstrates the potential of images taken in daylight at a distance of 21 kilometers. “Our results open a new chapter in high-resolution, fast and low-power 3D optical photography even at very long distances,” said Zheng-Ping and his team.