AMD has launched its “GPU Comparison Tool” so consumers can choose the best graphics card model for their individual needs. The best part of the tool on offer is that it covers all of NVIDIA’s GeForce RTX 30 series graphics cards alongside AMD Radeon RX 6000 series GPUs.

It should be noted that all performance values ​​are tested and presented in AMD’s internal laboratories. However, we can’t see any performance comparison charts that include the Radeon RX 6500 XT or the RX 6400. In addition, it is possible to say that video cards and game comparisons are a bit selective. If you pick one of the 1080p games, you’ll see lower end GPUs being compared. If you’re considering resolutions like 1440p or 4K, you’ll only encounter data from mid-to-high-end cards. 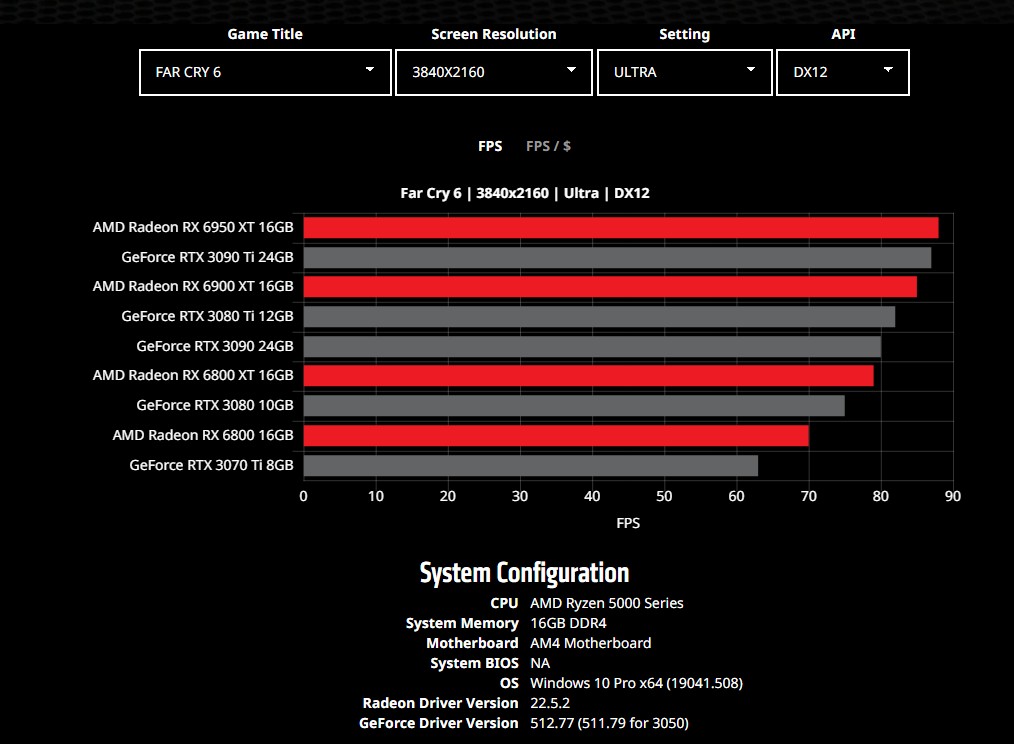 On the other hand, we can say that AMD’s game choices are somewhat controversial. Most of the games listed are optimized for Radeon graphics cards. On the other hand, it is stated that the company is working on this tool and more options may be added in the future. For example, options regarding game settings and APIs are very limited.