About Technology
Home Other AMD RX 5700 Series and RDNA Architecture

Radeon DNA, AMD’s new graphics architecture that took 4 years to design RDNA bears its name. Before moving on to RDNA, let’s remember that the current architecture of the company is GCN, Graphics Core Next. With the new RDNA architecture, the company wants to create a scalable architecture, just like the processors. The aim here is to present different products, from a GPU that consumes a few Watts to a GPU that consumes a few hundred Watts of power. And for which devices and areas? For phones, laptops, consoles, servers of cloud-based services like Google Stadia and of course desktop PC and Mac graphics cards. 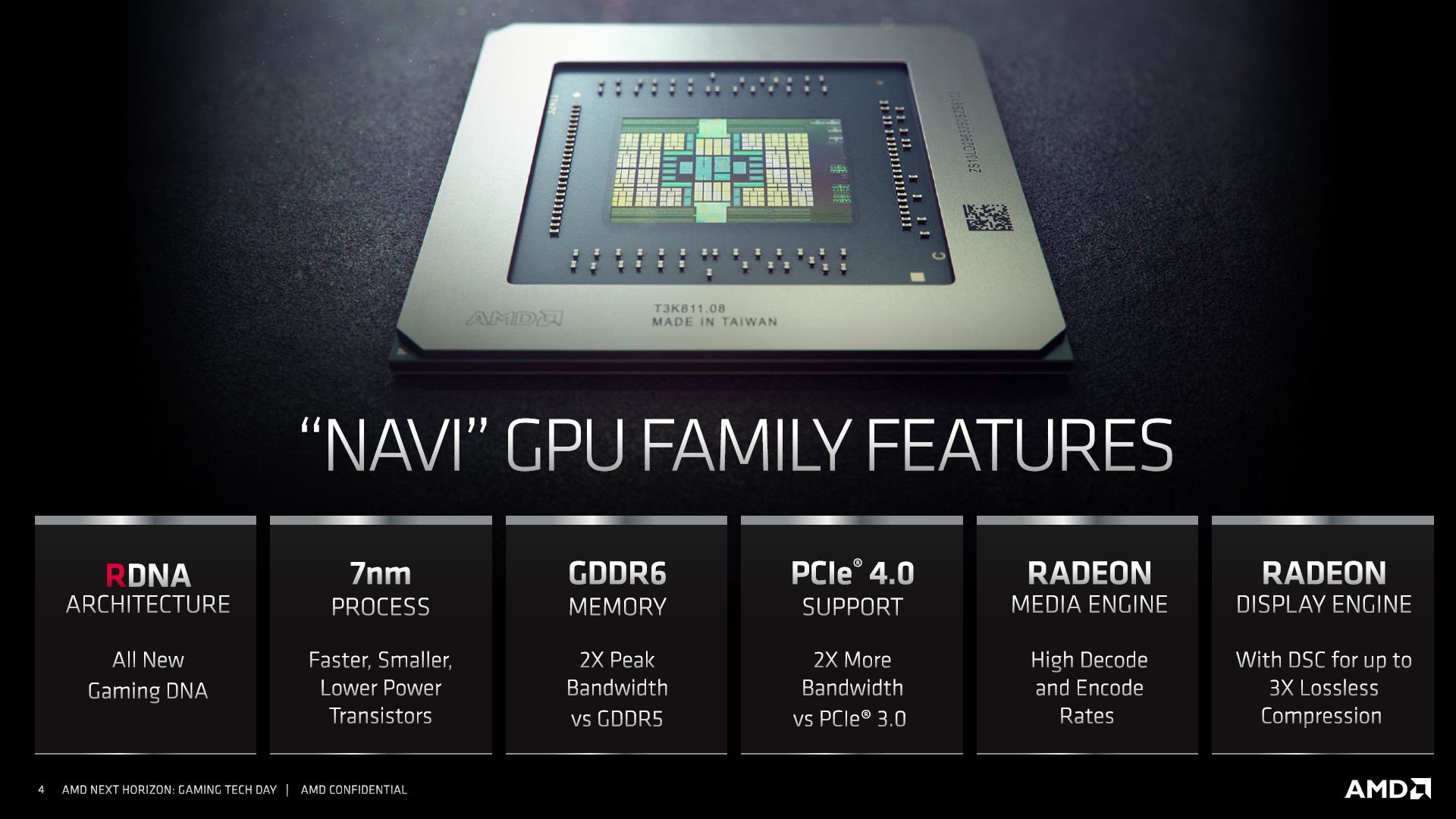 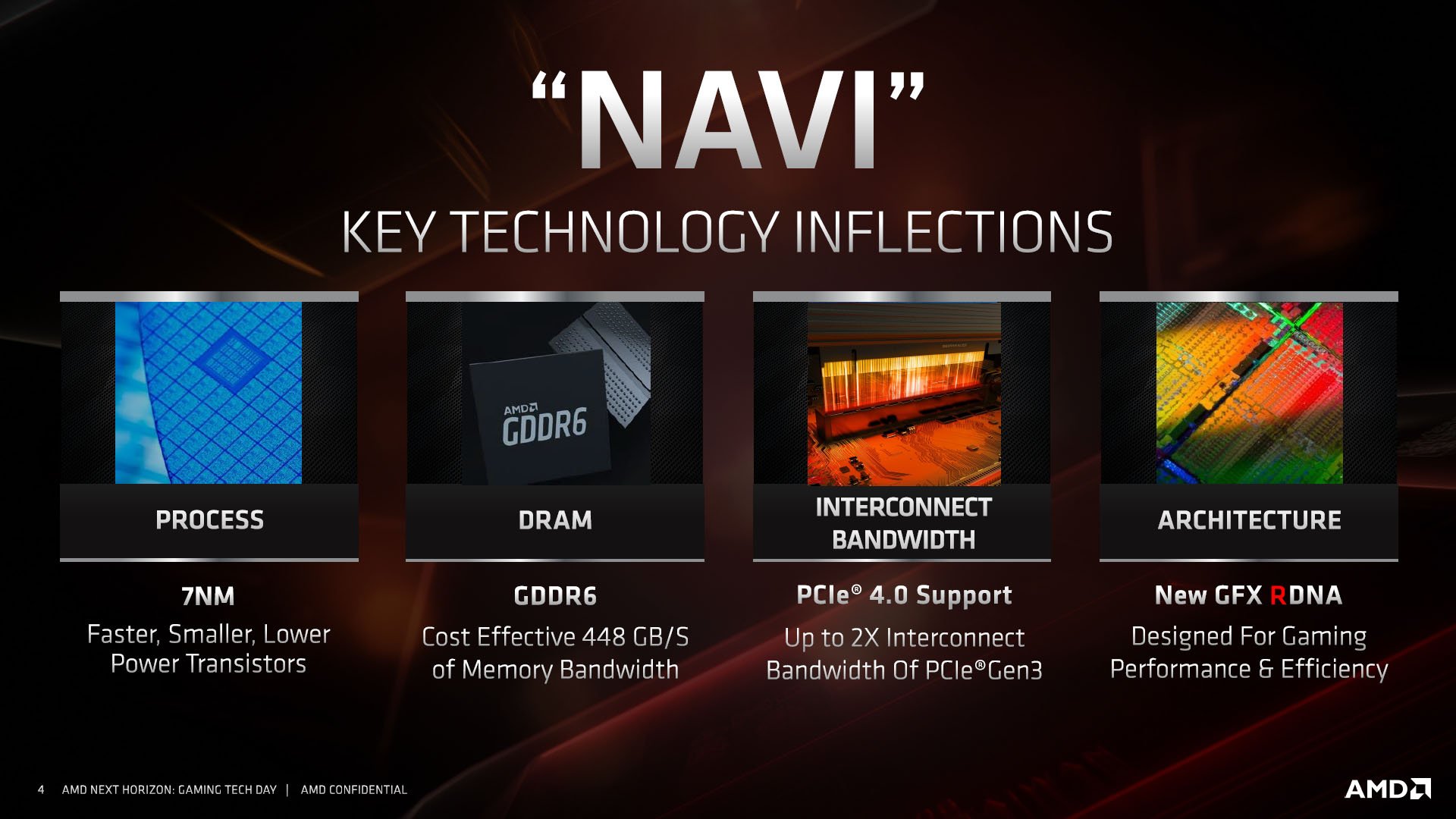 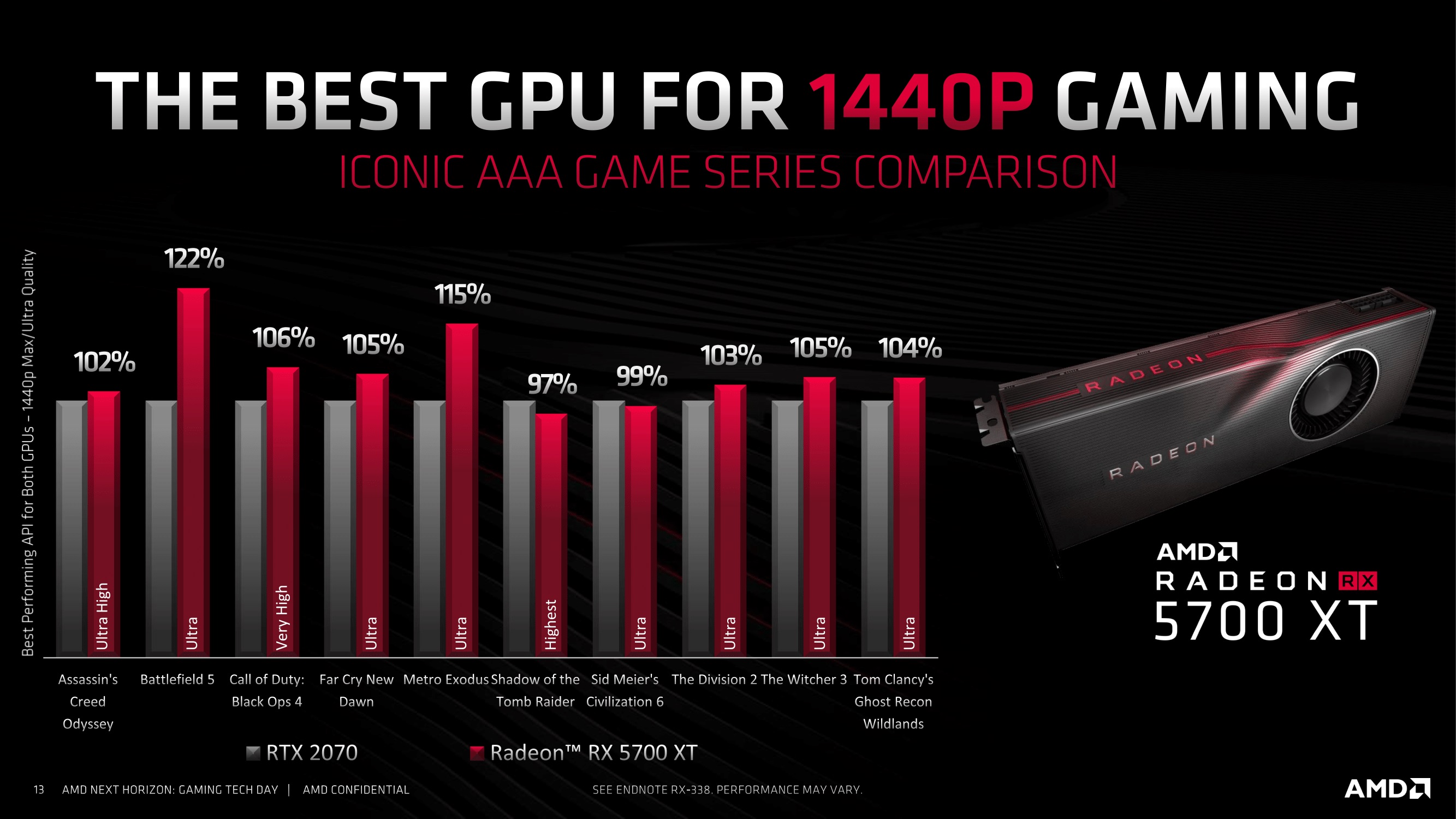 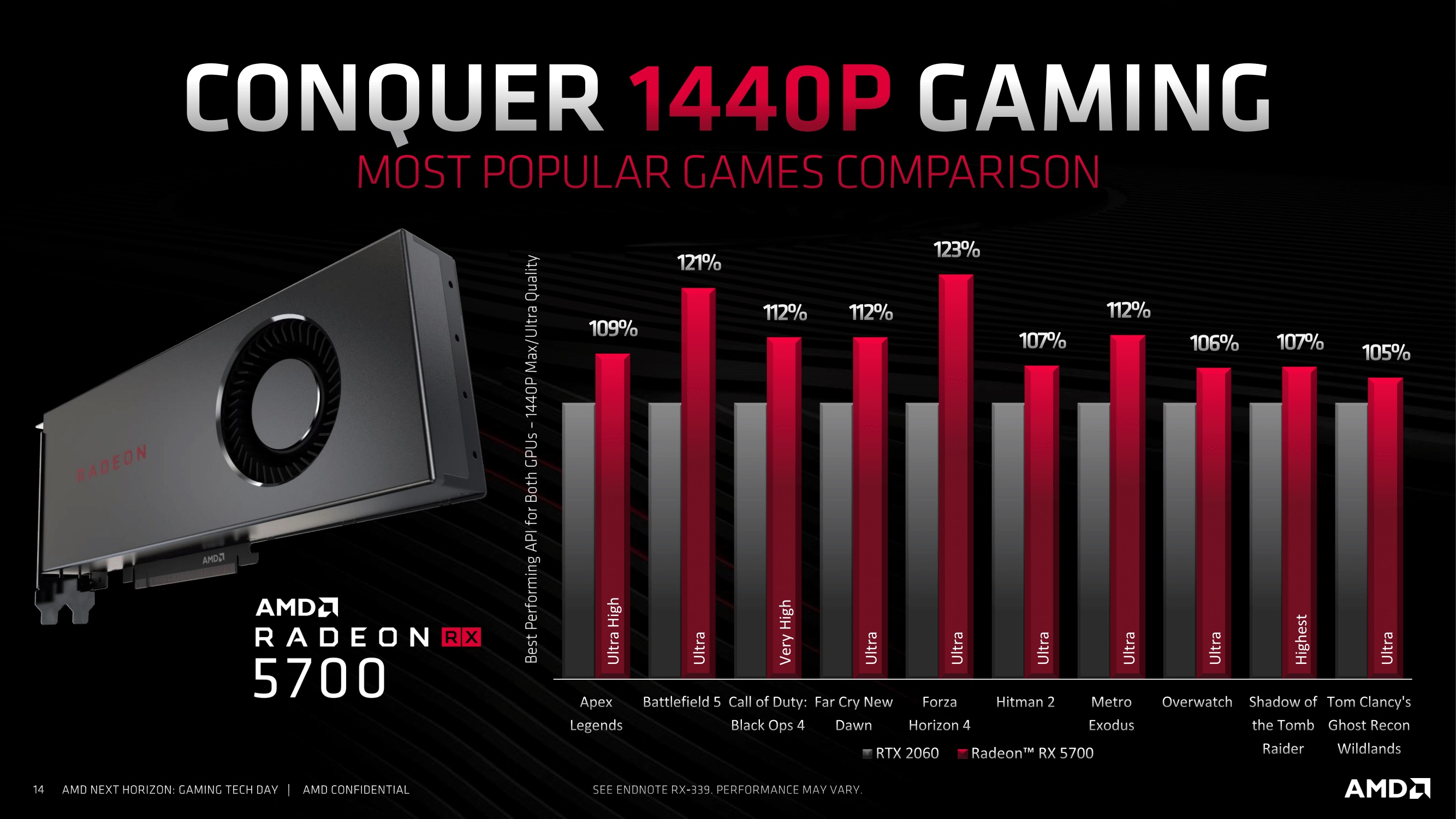 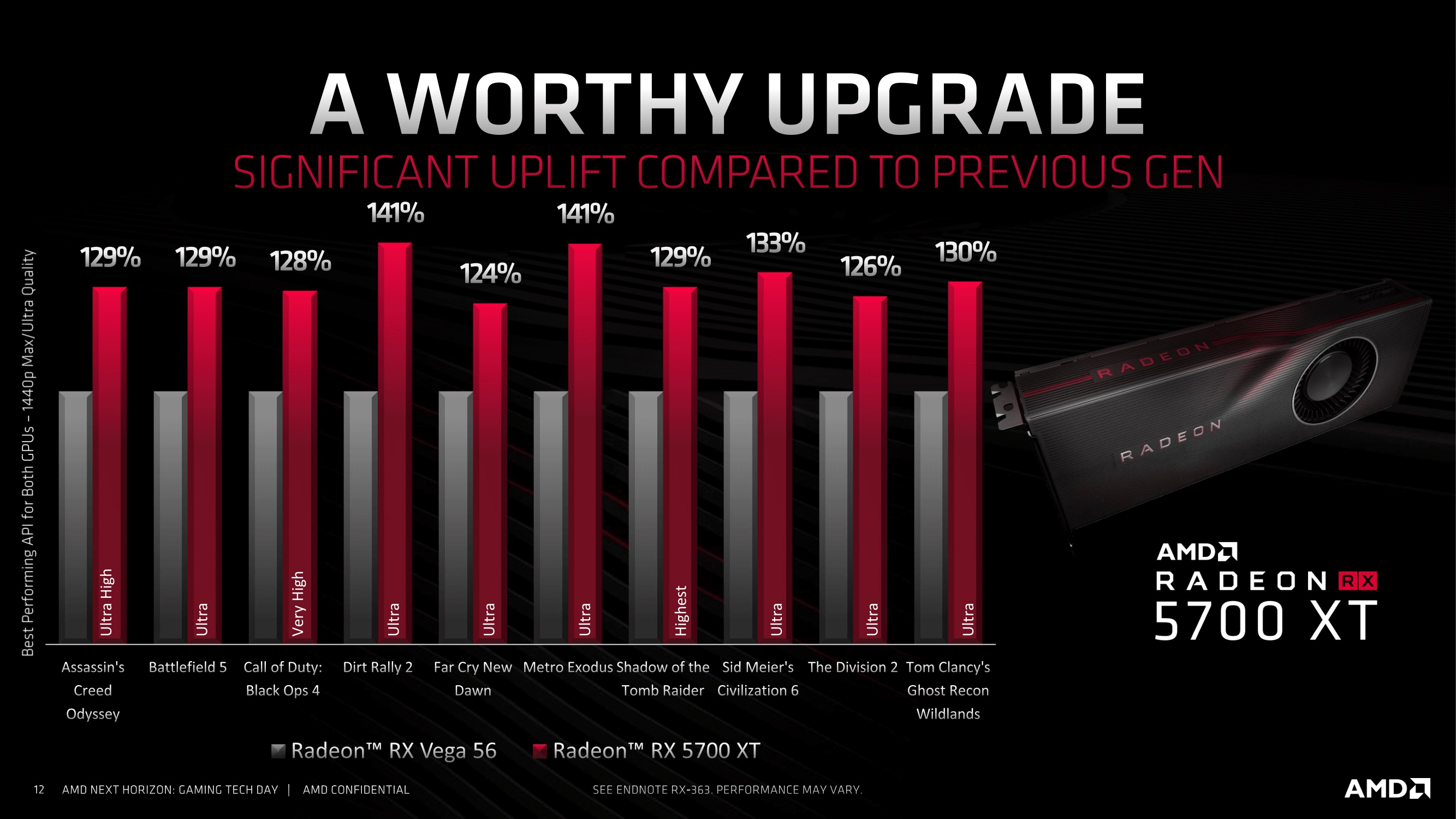 Along with RDNA, AMD is also revamping the GPU’s video engine. The company now offers higher H.265 performance with a video engine called the new Radeon Media Engine. In addition, a new display engine (Display Engine) is included in the GPU for display output. 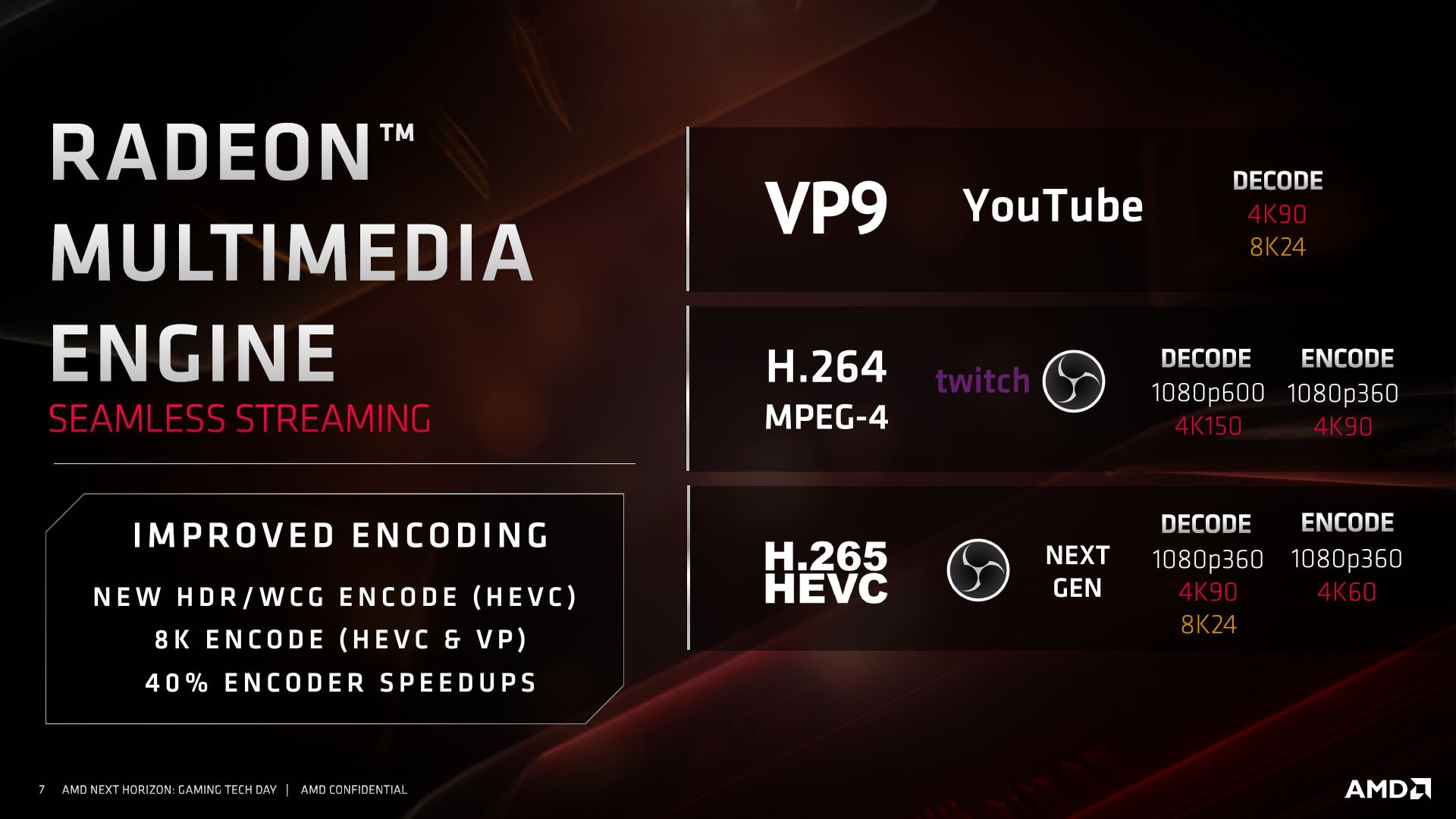 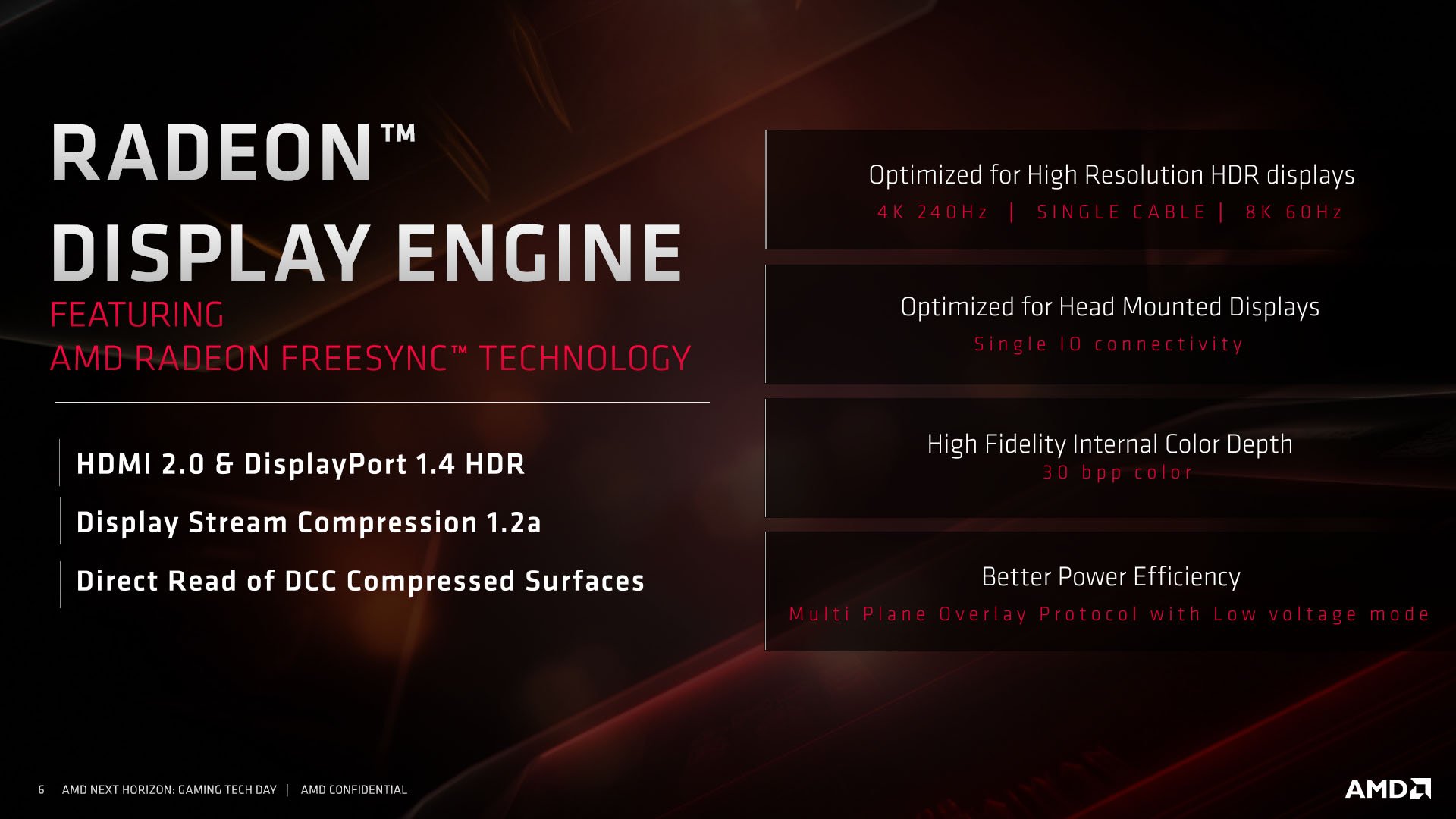 AMD states that compared to GCN, the RDNA architecture is designed a little more balanced. While GCN focuses on math computation, RDNA takes a more balanced approach to games. This actually raises the question: Can RDNA replace GCN in enterprise business where math computation is important? AMD’s response is that GCN will continue to be used, but RDNA will evolve over time to replace it. 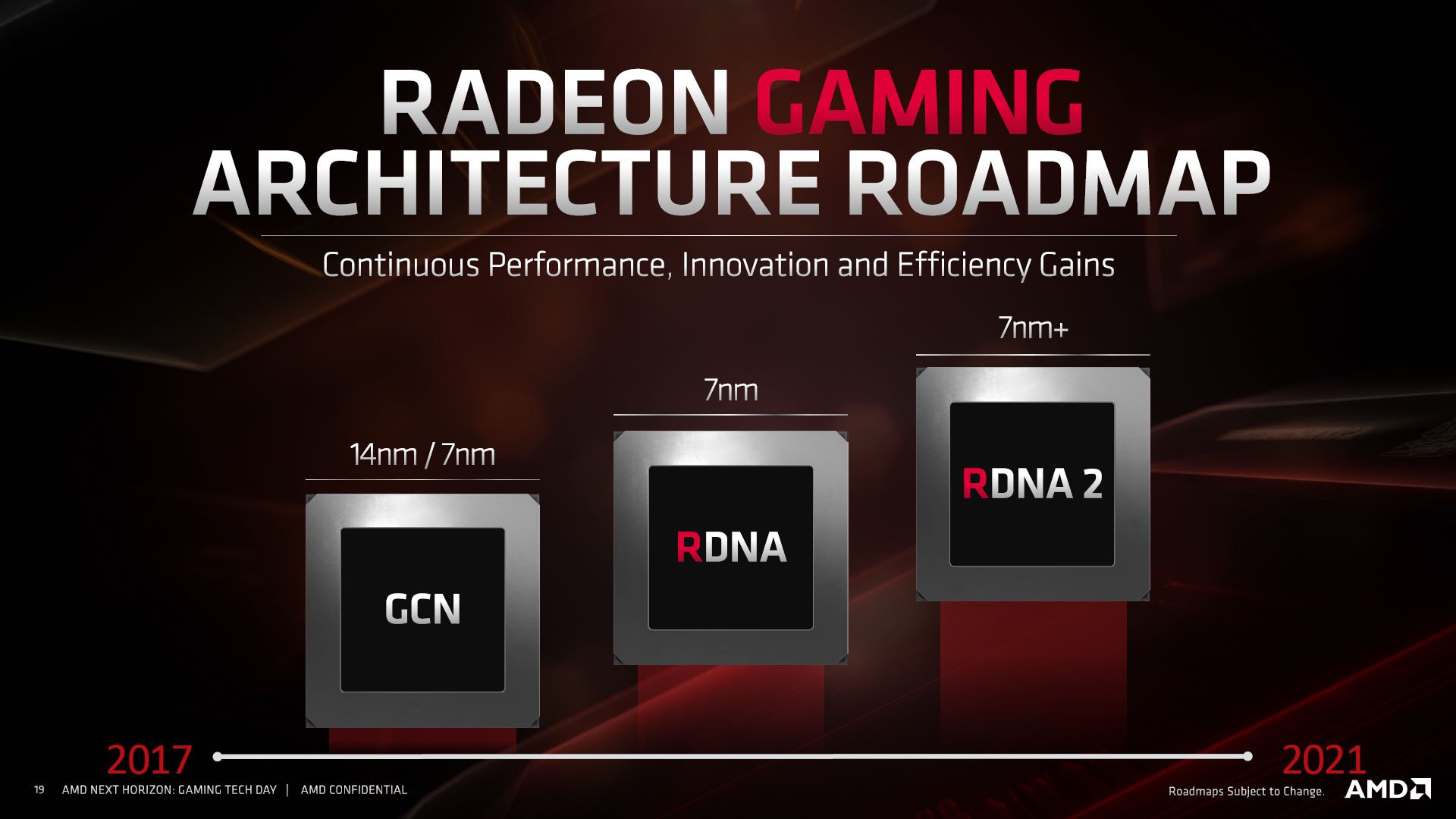 Along with RDNA, AMD has also managed to reduce the cache lag of the GPU. Again, Delta Color has improved its compression algorithm and updated its Shader units to now be able to write and read compressed color information.

RDNA offers 25% higher performance per clock frequency than GCN. In addition, the company has managed to reduce the power consumption of the GPU, inspired by the Zen processor. 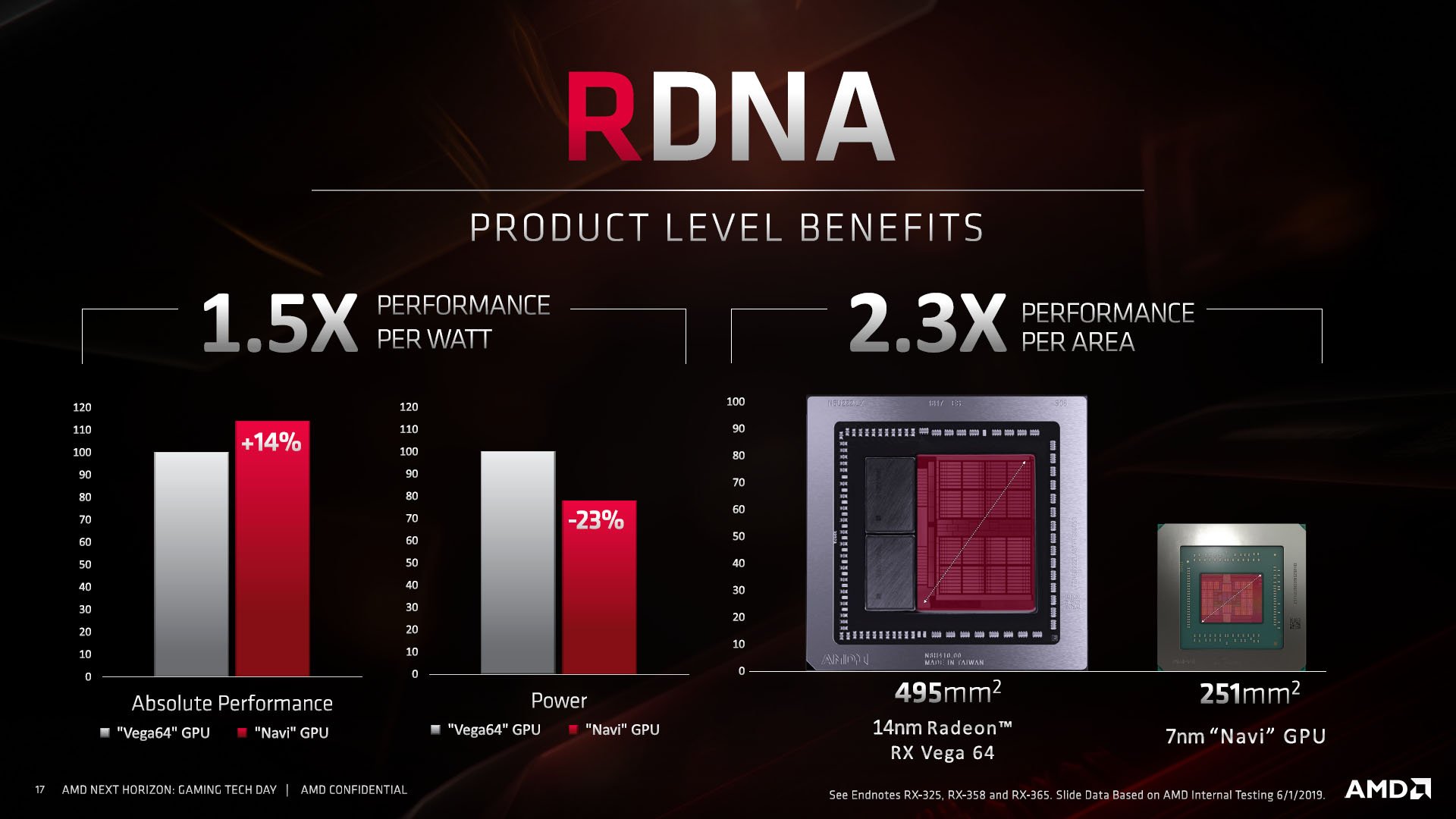 Along with RDNA, AMD will also bring hardware acceleration support for Ray Tracing, but we’ll see that in the next release (Next Gen RDNA/RDNA 2). On the other hand, the company carries it not only to our computer, but also to the cloud. In other words, we can say that services such as Google Stadi can also offer Ray Tracing support. RDNA 2 will use 7nm+ manufacturing technology. 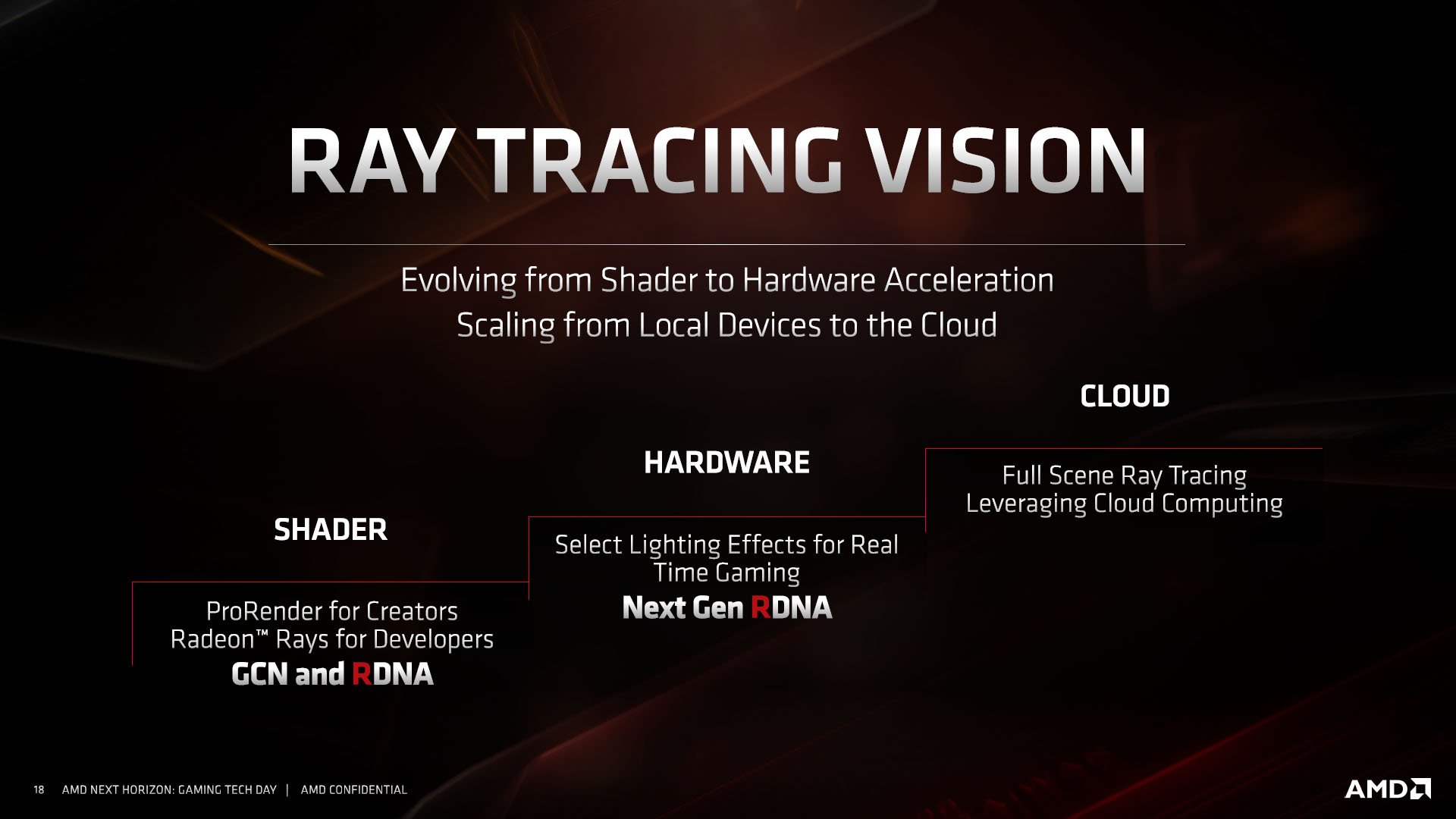 One technology that could be AMD’s answer to DLSS is Content Aware Sharpening. It aims to increase the sharpness in games. While doing this, the FPS loss will remain very low. The new feature will be available with the Adrenaline driver, which will be released in July.