In fact, Google’s own desktop mode, hidden inside Android Q’s developer options, is nothing more than a desktop version of the Android Q interface. Therefore, instead of a functional mode like Samsung DeX, it offers a more large-screen Android Q experience. 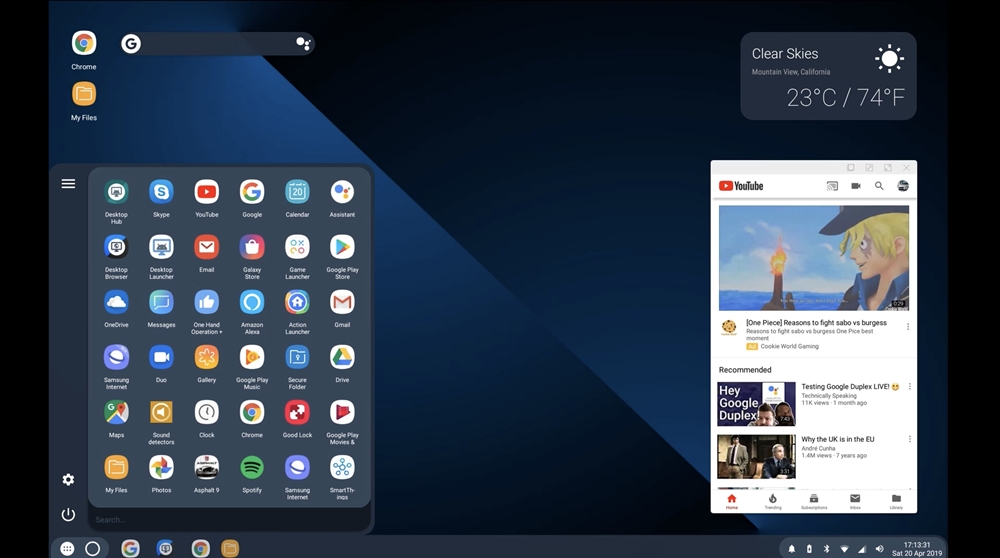 Developer Daniel Blandford noticed that Android Q’s desktop mode supports third-party launchers and developed a launcher. Developed by Daniel Blandford, the launcher gets a functional taskbar, shortcuts and widget support, unlike Android Q’s built-in mod. The result is an interface between Windows and Chrome OS.

As you can see from the video below, Android Q desktop mode offers a very functional and pleasant interface with third-party launchers. Daniel Blandford states that this interface is an early development product and will be much better when Android Q is released.