Rumors have been emerging that Apple has been working on smart glasses for years. There are reports that the product will be released early next year. We also witness that analysts claim that Apple has great work on this issue. There is great pressure on Apple to produce an impressive product in this regard. This is made clear in a report released by research firm Digi-Capital. 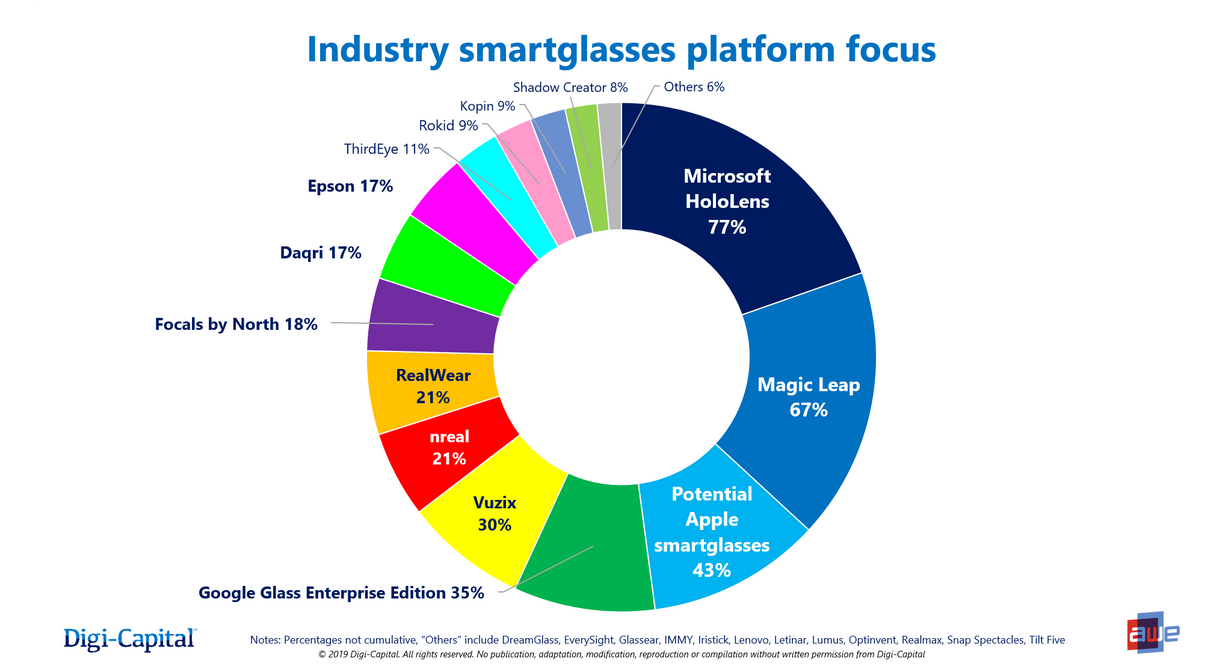 The report shows Apple as the third best-known smart glasses manufacturer after Microsoft HoloLens and Magic Leap. However, Apple does not currently have a smart glasses. Apple’s ‘potential’ smart glasses seem to top even the currently available Google Glass Enterprise Edition. The data were aggregated with results from 776 people who were allowed to choose more than one brand. According to the results, HoloLens is first with 77%, MagicLeap is second with 67%, and Apple glasses, which have not yet been released, are in third place with 43%. Google Glass Enterprise Edition is in fourth place with 35%.

According to Digi-Capital’s report, Apple will offer its smart glasses first to businesses. The report also says it’s unclear whether Apple will produce a device that can work independently or connected to the iPhone. But according to Ming-Chi Kuo, an analyst at TF International Securities, who was recognized as a reliable source earlier this year, the first smart glasses Apple will produce will depend on the iPhone to work.