Founded in England in 1990, ARM has been working on microchips ever since. Focusing on processors and graphics cards for mobile products, the company today announced its new generation chips that will be used in high-end smartphones. Although it is not known exactly when we will see smartphones using these chips, it seems possible to say that mobile products will now be much more powerful with ARM’s new generation chips.

If we look at the features promised by the new generation processor, which Arm announced as Cortex-A77; This processor is 20 percent more powerful than the processors produced to date. However, thanks to the optimizations developed by ARM, machine learning has also been seriously strengthened. However, the high energy efficiency of the Cortex-A77 seems to make a serious contribution to the battery life. 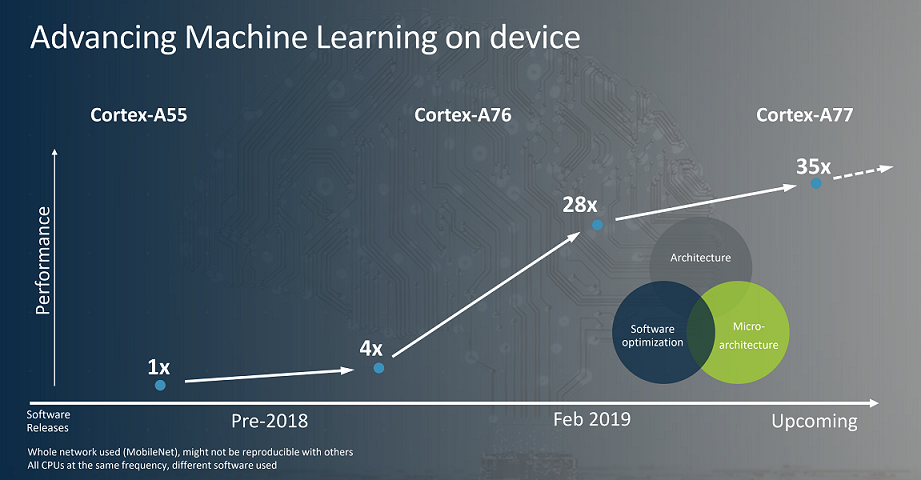 To look at Mali-G77, the new graphics card chip developed by ARM; Just like the Cortex-A77, the energy consumption is quite low. However, in machine learning, Mali-G77 is the fastest and most efficient GPU ever produced. The Mali-G77 game, in which the company’s new architectural base Valhall is used, is also very popular in virtual and augmented reality. Mali-G77, which is designed to be 1.4 times more powerful than its previous version, Mali-G76, is also 30 percent more stingy in energy consumption.

In the statements made by ARM, it was stated that the new generation chips will be a new experience for both users and developers. Accordingly, thanks to ARM’s new generation chips, users will lose less battery power while doing their work or playing games, while developers will now be a few steps ahead in virtual and augmented reality, which they have not been able to fully use until now.