It is obvious that many users have turned to Linux distributions recently, but when it comes to the concept of games, some problems arise. Using Linux distributions for gaming was not recommended until a few years ago due to compatibility and performance issues, but with the support of the community, this node has been resolved to a certain extent.

In addition, considering the support given by Valve, one of the giants of the gaming industry, to the Linux front, the rhetoric that games cannot be played in Linux may gradually take its place in the dusty pages of history. At this point, we wanted to examine Linux distributions that can provide a better experience in games with you, our readers.

As those who are familiar with the subject will know, most of the games on Steam can easily run on Linux distributions with the compatibility layer called Proton. On the other hand, thanks to the Linux-based operating system used by the handheld console Steam Deck, which is in demand abroad, developers finally started to consider free software. We can clearly see an example of this in popular anti-cheat software gaining Linux support. So, what are the game-oriented distributions that you can use to join this ever-evolving caravan on the Linux side?

System76, one of the important computer manufacturers of the Linux community, offered its computers to users with Ubuntu installed until 2017. In the same year, the company decided to sell its systems with Pop!_OS, which it developed itself, and also allowed everyone to experience this distribution. The beauty of Pop!_OS is that it is suitable for both newcomers to the Linux adventure and experienced users alike. Described as the best Ubuntu-based distribution in most reviews, Pop!_OS can be said to be a perfect fit for gaming. Because it does not contain any unnecessary packages and uses a customized GNOME desktop environment called COSMIC to provide good performance.

In this article, where we include Linux distributions for gaming, Pop!_OS, which deserves the first place, is the most important factor that distinguishes it from its competitors in terms of gaming, is that it is installed with ISO images prepared according to AMD/Intel and NVIDIA hardware. Solving the problem of not finding a compatible driver, which is the most common complaint of Linux beginners, makes the gaming experience effortless. In addition, let’s not forget that there are closed source drivers in the ISO prepared according to NVIDIA graphics cards.

We also included Manjaro in our article where we listed the best distributions with the KDE desktop environment. Arch-based, Manjaro is the most used distribution in the world, but it also does great work in gaming. The distribution includes Steam with AMD/NVIDIA drivers, just like Pop!_OS. We are sure that you will enjoy Manjaro in terms of gameplay, which is recommended to people who are new to the Linux world due to its ease of installation and use. In performance tests, Manjaro is usually in the top row.

Solus stands out as a special distribution that appeals to both experienced and new users. In addition to its independent structure, which is not based on any distribution, its ease of use also distinguishes itself from its competitors. Solus, which used to be not recommended for Linux for gaming, comes with Steam integration to improve the gaming experience with its new version. In terms of interface design, it is clear that the developers focus on this issue because it has a very minimalistic atmosphere and you do not have any trouble finding what you are looking for. Let’s also underline that there are Budgie, MATE and GNOME desktop environment options. In summary, if you are looking for a distribution that will meet not only gaming but also daily use, Solus is for you.

Garuda Linux Dragonized Gaming Edition, which some users approach with prejudice due to its name, contains every game-related tool and library. This is the most important difference between it and the other distributions on the list. Because Steam, Heroic Games Launcher, itch, Lutris, WINE, Boxtron, Proton GE Custom, DXVK, faudio, vkd3d, GOverlay, ReplaySorcery, SteamTinkerLaunch, MangoHud, GameMode, vkBasalt, CoreCtrl, DisplayCAL, Noiseualizer, Fancontrol, OpenGUI, and KeyboardVis Many game components are available in this distribution.

Garuda Linux Dragonized Gaming Edition is Arch-based but uses the KDE Plasma desktop. With the goal of Linux for gaming, the distribution is powered by the ultra-performing Zen kernel.

Like Garuda Linux Dragonized Edition, Drauger OS comes with a specially crafted kernel for games. This kernel, which is called Xanmod, aims to give the Linux experience for the game within the framework of high performance and stability. Its developers, on the other hand, do not recommend using this Ubuntu-based distribution for purposes other than gaming. We can say that Drauger OS, whose main goal is to push the extreme in game performance, does not have any problems with driver compatibility.

Linux Mint, which is very similar to Windows in terms of desktop and where most people who use Linux are novice, so to speak, is not just for beginners, of course. This distro, which also does a good job when it comes to Linux for gaming, doesn’t come with pre-installed drivers, but it’s not that hard to do. Thanks to its low resource usage and system requirements, we can say that it gives the desired performance in game performance. Based on Ubuntu, it comes with the GNOME-derived and relatively lightweight Cinnamon desktop environment. Of course, there is also an XFCE desktop version for computers with very low hardware.

ChimeraOS is an Arch-based alternative to SteamOS. Actually, this distribution was developed for those who want to turn their computer into a small console. Because ChimeraOS is used in Steam’s Widescreen mode instead of the desktop environments we know from other Linux distributions. For those who don’t know, Widescreen Mode is the interface used to control Steam more easily with a gamepad. If most of your games are in your Steam library and you want to turn your computer into a game console, we definitely recommend you to try it. In addition, you can add your games from stores other than Steam to ChimeraOS, which is the most important aspect of the distribution that differs from the old SteamOS. Don’t forget to check ChimeraOS’s compatibility list to find out all the supported games.

We remember that Valve received positive feedback when it first unveiled the SteamOS operating system. Considered one of the most popular Linux distributions of 2013, the Debian-based SteamOS project was abruptly shelved in 2019 after version 2.0. Later, we also heard from many sources that Valve started working on SteamOS again, but the company remained silent on the subject at that time. Until Steam Deck was announced.

There is no doubt that the new Arch-based SteamOS 3, which has a special interface suitable for the control scheme of Steam Deck and a KDE desktop, has delighted the Linux community. Because, thanks to Steam Deck and this new distribution, the Linux front has seen great progress in terms of gaming. For example, while the number of games compatible with Proton is increasing day by day, anti-cheat software has started to be interested in the Linux side. Of course, the developmental nature of SteamOS 3 also has a major impact on this.

We know that the new SteamOS performs better than expected, despite its shortcomings, in tests on the Steam Deck. The main question in mind is whether this distribution will be downloadable. According to Valve’s latest statement, SteamOS 3 will be available to everyone, but unfortunately there is no definite release date. At this point, an unofficial solution called HoloISO has been developed for those who do not want to wait for Valve.

Because SteamOS 3 is largely open source (excluding the client and some drivers), there is access to the operating system’s codes and packages. At this point, a developer compiled SteamOS 3 himself with the files he obtained from Valve and shared it on GitHub. We can say that HoloISO, which is very similar to the software to be officially released, brings the Steam Deck experience to your computer, but let’s underline that there are problems with NVIDIA and Intel hardware. If you are looking for a Linux distribution for the game and you have an AMD system, you can try this compilation that works better or wait for the official SteamOS 3 release.

In fact, there is no single correct answer to this question because each distribution has different features, advantages and disadvantages. At this point, it would be right to choose the distribution that best suits your purpose and form of use. We must also say that finding the best in the Linux world is a long adventure. By constantly trying different distributions, you can find the most suitable distribution for you as you grasp some fine details. 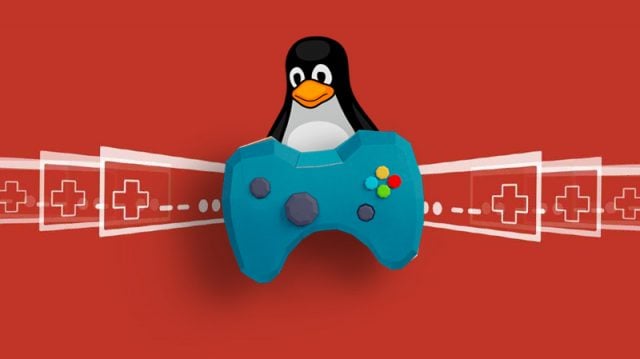 If it is choosing the best Linux distribution for the game in question, we think that it will be good for you to use outside of the game. For example, it would not be wrong to say that Pop!_OS and Manjaro are distributions that run games with daily use. If you do not use your computer for purposes other than gaming, you can also turn to powerful distributions focused on the game, such as Drauger OS. The choice is yours.

We have come to the end of this article where we recommend a Linux distribution for the game. If you have distributions to suggest, you can share them in the comments and express your ideas and opinions here. Stay cool.