Kenan İmirzalıoğlu, who was born on 18 June 1974 in the Bala district of Ankara, started his career as a model. Representing our country in the 10th Best Model of the World competition held in 1997, İmirzalıoğlu gave a new direction to her career and stepped into acting in a short time. Deli Yurek, the first TV series starring Kenan İmirzalıoğlu,It broke viewership records during its release.

Kenan İmirzalıoğlu has signed many more TV series throughout his career. Almost all the serials in which he took the leading role managed to have his name written in golden letters in the history of Turkish television. Imirzalıoğlu, who also presented the same performance on the big screen, was deemed worthy of many awards throughout his career. For Kenan İmirzalıoğlu loversWe listed some of the best movies and TV series in which the actor starred, and briefly talked about the stories these productions presented to the audience. 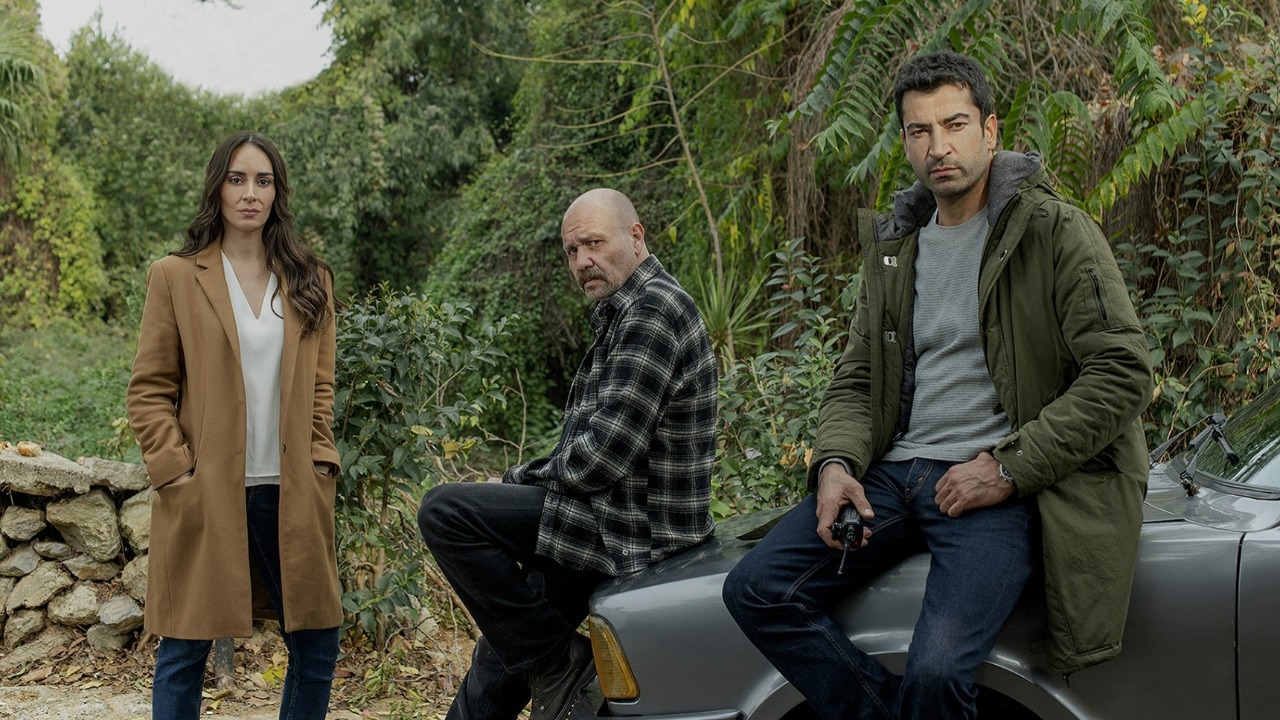 Mad Yürek, which is considered one of the first mafia TV series in our country, begins when Yusuf Miroğlu, returning from the military, is in the middle of an ambush set up for him when he goes to talk to one of the mafia lords. Our lad, who walks step by step in this dark world, then Yusuf Miroğlu’s laws It comes to a place to put it. Deli Yürek made risky references to the political developments of the country at the time it was published. Later, a movie was shot under the name of Crazy Heart: Boomerang Hell.

Written and directed by master actor Uğur Yücel, the film “Tailored Tura” was made to disturb the audience. with experimental technical details it is a production. The film tells the stories of football player Satan Rıdvan from Göreme and Ghost Cevher from Istanbul, who served together in the Southeast and returned to their hometowns as veterans. The civilian lives of two friends, one of whom lost a leg and the other an ear, will never be the same again.

Made me cry: Bitter Life

During the broadcast of the Acı Hayat series, many viewers were destroyed from crying and It has truly lived up to its name. In the series, we are watching the story of welder Mehmet and manicurist Nermin, who live in a poor suburb. This couple, whose pockets are poor and whose hearts are rich, will unfortunately understand that the wealth of the heart is not enough to fill the stomach.

A quarry in the national struggle: The last Ottoman Yandim Ali

In the dark years when all parts of his country, especially the capital Istanbul, were under occupation, everyone who loved their homeland joined the national struggle. one of these heroes Yandim Ali, one of the chiefs of Istanbul, After crossing paths with Mustafa Kemal Pasha, she put aside her dreams of escaping to Vienna with her lover and rolled up her sleeves for her homeland. The Last Ottoman Yandim Ali is adapted from the comic book of the same name by Suat Yalaz.

Directed by the master actor Uğur Yücel, Ejder Trap is a remarkable production with its cast. A series of murders, in which pedophile perverts are killed, begins in Istanbul. The homicide desk manager and the assistant principal, who are investigating the case, go after a man named Ensar, who disappeared after his sister was raped. The murders are increasing rapidly, but the veil of mystery is never lifted.

Ömer was a good boy, but he had a bad flaw: Ezel

What can we say about Ezel, which is indisputably one of the most successful TV series in Turkish television history. Although years have passed Even today, when it comes to revenge story, we all think of the Ezel series.We say that no one should be left who does not watch the Ezel series, with the cast that impresses with their performances, the scenario that surprises with every episode and the story that locks the audience on the screen.

The passing life of train stations: The Long Story

We see Kenan İmirzalıoğlu in a different role than we are used to, as a father in the movie Long Story. We are watching the story of Balkan immigrant Ali. Ali, who kidnapped Münire, whom he fell in love with because his family did not allow it, is suffering from financial difficulties after they have a son named Mustafa. Ali, who works as a clerk by walking around train stations, is known for never being silent in the face of injustice. Adapted to the cinema from Mustafa Kutlu’s novel of the same name, Uzun Öykü sheds light on the recent history of Turkey.

A father and son story: Karadayı

The story, which takes place in Istanbul in the 1970s, tells the story of the bullies of that period, who were not like the mafia of today. In a neighborhood culture, issues such as family, friendship, honor and honor are told to the audience through a father-son story. Our character, who believes that his father is innocent, In order to change the mind of the prosecutor who will make the decision, she moves in with him, disguised as a lawyer. What happened next is an in-depth questioning of the concepts of love and family.

Benevolent thief: Cingöz Recai: The Return of a Legend

Cingöz Recai: The Return of a Legend, directed by Onur Ünlü, the director of extraordinary films, is a remarkable production with its cast. Cingöz Recai, the hero of the novel created by Peyami Safa In the movie, which is a movie adaptation, we watch our character, who is defined as a benevolent thief, find himself in a gang he has never met. Of course, there is always Chief Commissioner Mehmet Rıza on the neck of our character, who is a thief, albeit a good one.

The Alef series, broadcast on the BluTV digital platform, tells the story of Murder Bureau Chief Settar and his partner, Commissioner Kemal. As a result of the discovery of a body in the Bosphorus The two find themselves exploring a dark and mystical side of the city. With the participation of the lecturer Yaşar, they try to open the veil of mystery behind the serial murders.

The popular name of the Turkish television and cinema world Listing the best TV series and movies in which Kenan İmirzalıoğlu acted. we briefly talked about the stories these productions presented to the audience. You can share your favorite Kenan İmirzalıoğlu TV series or movie in the comments.