We are a society that usually takes character deaths in serials too seriously. The death of the Kuşçu character in the series Deli Yürek caused great anger throughout the country. For the characters who died in the Kurtlar Vadisi series, morsels were poured and funeral prayers were held in their absence. This later became a kind of joke.

The producers of the Game of Thrones series also used this situation for a fun farewell to the final season of the series.

Warning: This article contains spoilers for the final season of Game of Thrones. 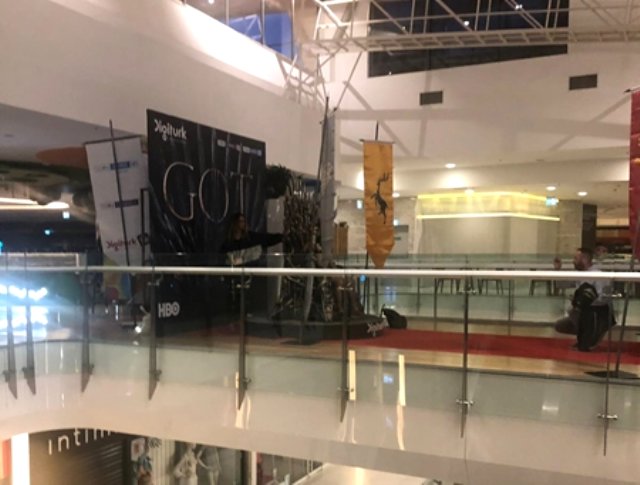 The Game of Thrones series has been on HBO screens for a long time. The production team was making serious advertising campaigns for Game of Thrones, which ended its eight-year journey with the final on Sunday.

One of the last campaigns was held in Istanbul. The producers handed out bites at a shopping mall in Istanbul with posters that read “In memory of those we lost last season”. In addition, the names of Night King, Jorah Mormont, Theon Greyjoy, Melisandre, Lyanna Mormont and Edd Tollet were written on the poster. In addition, in the section where bites were distributed, landscaping was done in accordance with the series. 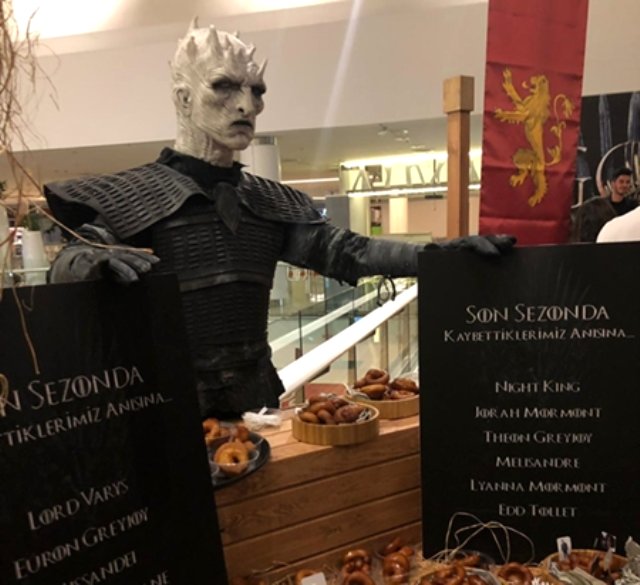 Although the Game of Thrones series has come to an end, a documentary about the shooting of the series will be on HBO screens on May 26.