The digital and Blu-Ray formats of the Captain Marvel movie, which was released on March 8, 2019, are coming soon.

Marvel announced the exclusive content, which will be available in digital and Blu-Ray versions, via a press release. Here are those explanations:

Being a Superhero – Describes Brie Larson’s journey into the Marvel universe and shows what it means to be a superhero.

The Importance of the Superhero – Explains how influential Captain Marvel’s entry into the Marvel universe was and how it impacted audiences.

The Origin of Nick Fury – A look at major events in the Marvel universe through Nick Fury’s eyes.

Who Do You Admire The Most? – Kree commander Yon-Rogg must respond to High Intelligence that questions his leadership abilities.

Starforce Soldiers – Yon-Rogg teaches a roomful of students to fulfill the Kree’s mission to protect all nations from the scourge of the Skrulls.

Don’t Go To Torfa – Vers and the other Starforce members joke around as they prepare for their mission to save Torfa.

What, No Smile? – In this alternate version of a scene from the movie, Vers is consulting a map when he receives an unreliable offer of help.

Digital Exclusive Behind the Scenes 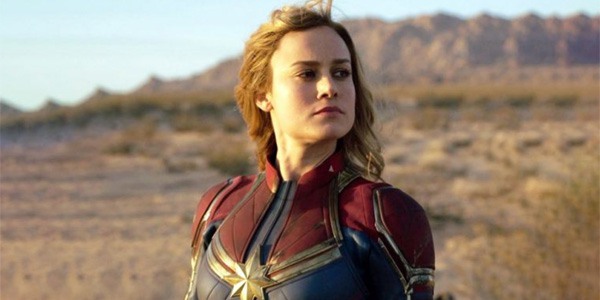 Journey to Visual Effects with Victoria Alonso – Experience how the film’s makers brought the Marvel’s imagination of the cinematic universe to the screen by the visual effects team.

What a Memory Does:- You’ll be able to see what it takes to create an action-packed scene in a Marvel movie. (Between us, nothing but a legendary team effort!)

Art Concept – In this section, you will discover the artworks of Captain Marvel and witness their visual development.

Images From the Set – You will uncover the richness of behind the scenes and production photography.