Microsoft continues its work for the new Chromium-based Edge without slowing down. Microsoft Edge, where trial versions are available for Windows users and have been tested by both the company and users for a while, is now available to macOS users. In the statements made by Microsoft, it was stated that Chromium-based Edge can also be tested by people using the macOS operating system. 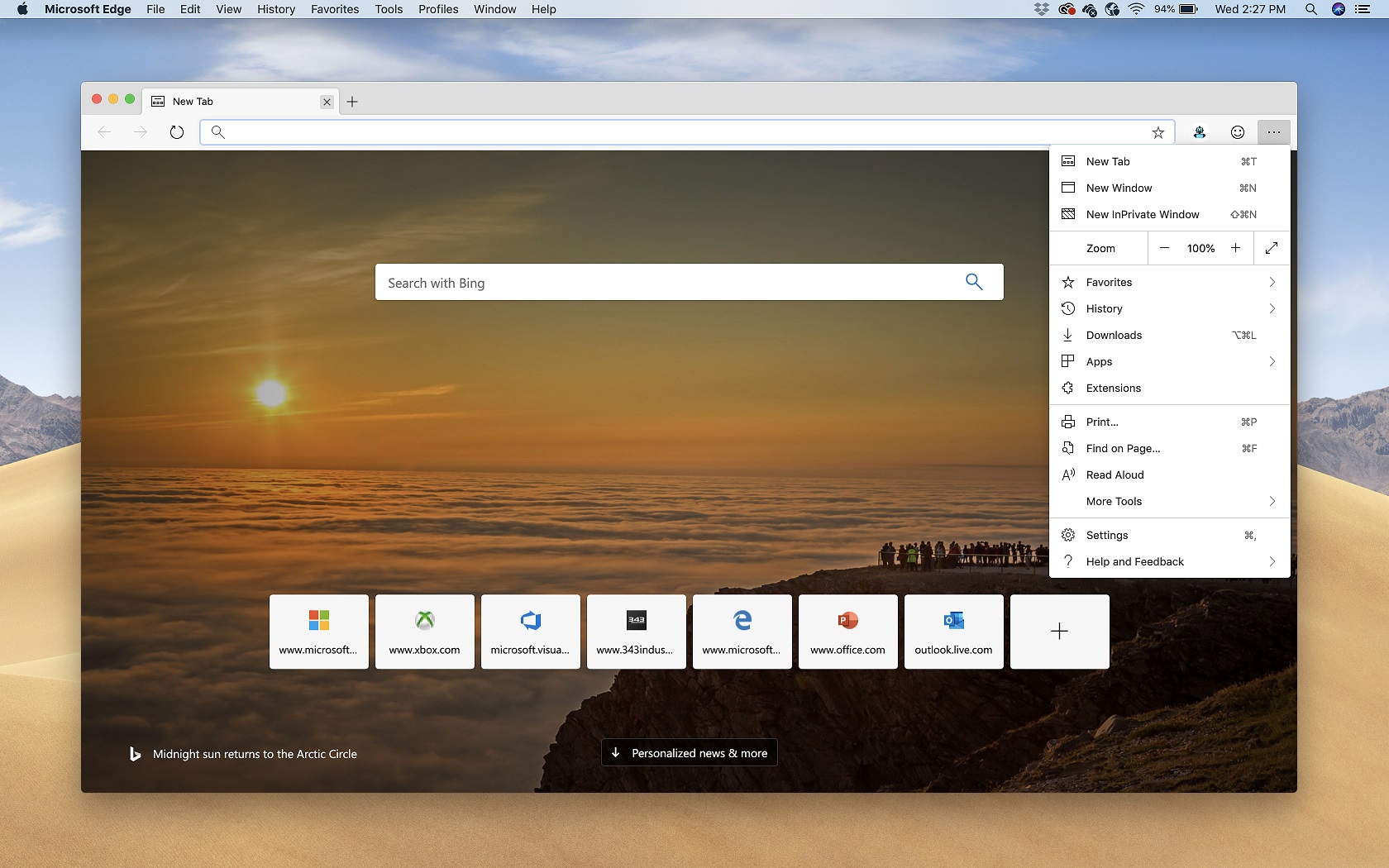 Chromium-based Edge, which can also be used on macOS operating systems, comes with macOS-specific improvements. If we take a closer look at these improvements, we can say that Microsoft has designed an Edge specifically for Apple, because different keyboard shortcuts, fonts and menus have been created specifically for the macOS version.

If you are a macOS user and want to test the new Chromium-based Microsoft Edge, your operating system must be at least 10.12 or higher. If your operating system meets this requirement, you can start using the new Edge by downloading it from here. There are two different versions of Microsoft Edge that will greet you when you enter the relevant website. If you choose the ‘Dev’ version, you can use a weekly updated version of Chromium-based Edge. The second option, the ‘Canary’ version, is updated daily by Microsoft.

It is not clear when the first stable version of Chromium-based Microsoft Edge, which is currently under development, will be released. However, in the statements made by Microsoft, it is known for certain that the new Edge will work on many operating systems, including old versions of Windows. Considering the importance Microsoft attaches to Windows 10 users, it can be said that first Windows 10 users and then users of other operating systems will receive the first stable version.