As the Internet became more widespread, we saw that many things in our lives changed radically. Even our identities are now digital data. Even elections in countries are now governed by big data. Now states can get into trouble with documents explained on a simple website. Now, even the money in our pocket does not need to have a physical equivalent.

A little research we have done in the light of the latest developments today has given rise to great doubts. We’ve come across some odd relationships that Julian Assange, who was recently arrested by the US, is actually Satoshi Nakamoto, the founder of Bitcoin. Let’s take a closer look at this claim in detail. First, we will answer some of the questions you have in mind, and then we will concretize our claim by bringing together all the data.

Who is Julian Assange who has cornered these states? 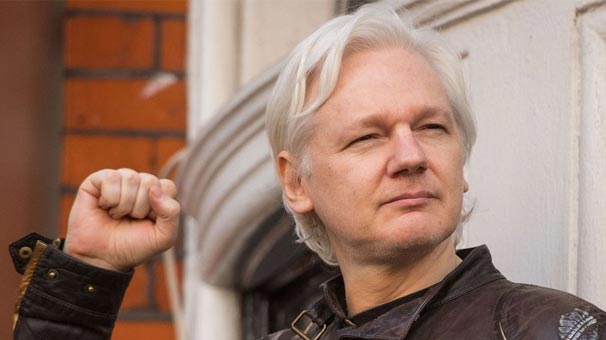 October 4, 2006. WikiLeaks, one of the most influential internet formations in history, was established. Behind WikiLeaks was Julian Assange, an experienced software developer. Assange described himself as a “white hacker”. The purpose of WikiLeaks was to reach sensitive documents belonging to states and military operations and to share these documents with the world public.

WikiLeaks’ opening date was quite significant. In the same period, the USA entered Iraq under the pretext of “bringing democracy” and ignited the fuse of the Middle East. WikiLeaks started to work to reach very serious documents, especially about the US operations in Iraq. He had kept his sources secret. WikiLeaks, which had access to important intelligence documents from these secret sources for 4 years, announced to the world public what it had in 2010.

US military Iraq footage leaked by WikiLeaks. Civilians are shot

With the documents presented by WikiLeaks, the whole world clearly understood why the USA entered Iraq and indirectly the Middle East. The USA had openly made plans to turn the region upside down and started to carry out its Middle East plans from Iraq in order to dominate important resources such as oil. The main purpose of the USA was to create chaos in the region by colliding with the parties it is allied with and the illegal organizations it supports in order to ensure dominance in the region.

That’s how important the WikiLeaks documents were.

Julian Assange never concealed his identity throughout the process. WikiLeaks’ sources included senior officials from the CIA, FBI, US Government, political parties, the military, and non-governmental organizations. This identity was never disclosed. 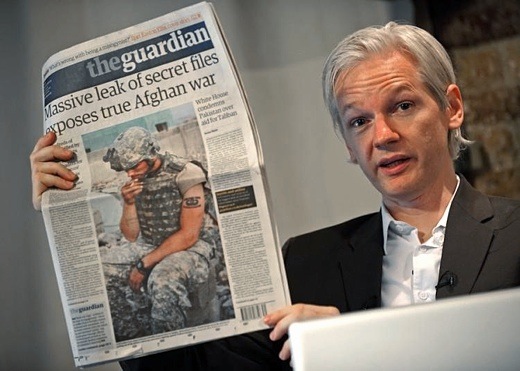 So all the arrows were sharply pointed at Julian Assange. The man was on the agenda of the world like a bomb, and suddenly became the most discussed name in the world. In an interview with Forbes in 2010, he even said that tech companies are next .

WikiLeaks continued to stumble upon the balance of the world, gaining access to important documents on the financial operations of governments and tax havens of corporations.

Julian Assange now had to leave the USA. For this reason, he continued to manage WikiLeaks, taking refuge in countries with bad relations with the US government. He last took refuge in the Ecuadorian Embassy in London, the capital of England. The days of freedom came to an end for Julian Assange when the government of Ecuador was changed in the last election and a name close to the USA was chosen.

Assange, after years of escape, was arrested in London on April 11, 2019, like this:

It wasn’t short, but what did Assange say? We agreed that it was such an effective name. Now let’s move on to other data. 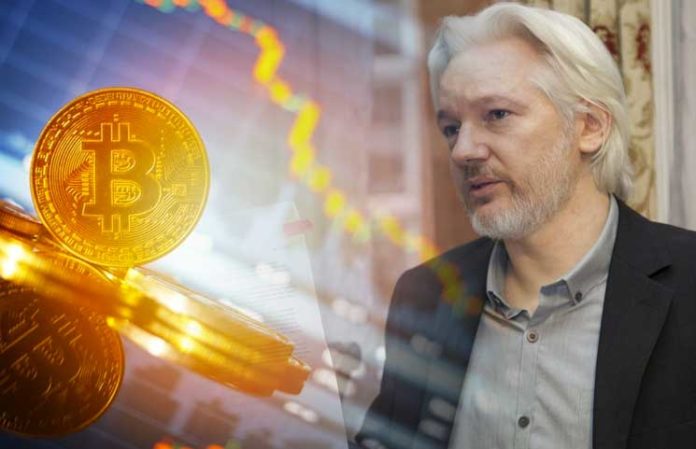 WikiLeaks was an organization run by financial donations. Many donors were donating millions of dollars, demanding anonymity. There were many people, institutions, organizations and states who wanted such an organization to survive. Intermediaries such as PayPal were used for a significant part of the support. PayPal closed WikiLeaks accounts after pressure from the US government.

At that time, Bitcoin with a strange infrastructure called the blockchain was on the rise. This “cryptocurrency”, which appeared in the dirty corners of the Internet, gave its holders the opportunity to be anonymous. It was also not under the control of any government or financial institution. Thanks to the blockchain technology, transfer transactions were carried out in seconds more reliably than banks.

Let’s go back to 1995. Young software developer Julian Assange worked with Timothy C. May, a digital activist. The Cypherpunk movement, led by May, was an organization that advocated that there should be no central authority in the world. In this formation, Assange began to seek a solution to currencies and payment methods that were far from state control.

Let’s go back to 2010. In the days when PayPal blocked WikiLeaks accounts for donations, a new solution was sought to raise support. WikiLeaks and Assange preferred Bitcoin for this, which most people do not know yet. In 2010, WikiLeaks started fundraising via Bitcoin.

Satoshi Nakamoto, the founder of Bitcoin, also opened a forum called BitcoinTalk with crypto money. The name Satoshi Nakamoto was already a nickname he used on this forum. A one-sentence explanation came from this mysterious name about WikiLeaks starting to receive Bitcoin donations:

The year is 2012. After Assange became a world-renowned name, he published a book called “Cypherpunks: Freedom and the Future of the Internet”. In the book, he talked about the use of the internet by central governments as a tool to control societies, and presented arguments against it.

Julian Assange, who organized a question and answer event on Reddit in 2014, made the following statements about Bitcoin:

“Bitcoin is the latest It’s a hugely important innovation, but not in the way most people think. The real innovation of Bitcoin is that it is a globally verifiable means of sharing. Blockchain underscores history, and to us and Orwell’s ‘Managing the present also governs the past. It reminds me of the saying, ‘Controlling the past controls the future’.

Assange openly stated with these words that he has become one of the biggest supporters of Bitcoin. He made clear comments on the future of blockchain and Bitcoin and described it as a technology that will change history.

After Julian Assange was picked up from the Ecuadorian Embassy in London on April 11, a record amount of Bitcoin donations were made to WikiLeaks. Supporters of the platform created a rain of cryptocurrencies in response to Assange’s arrest.

In a statement he made in 2017, Julian Assange thanked the US government and said that they made 50% profit from Bitcoin thanks to them.

3. Who is Satoshi Nakamoto who is cornering these states? 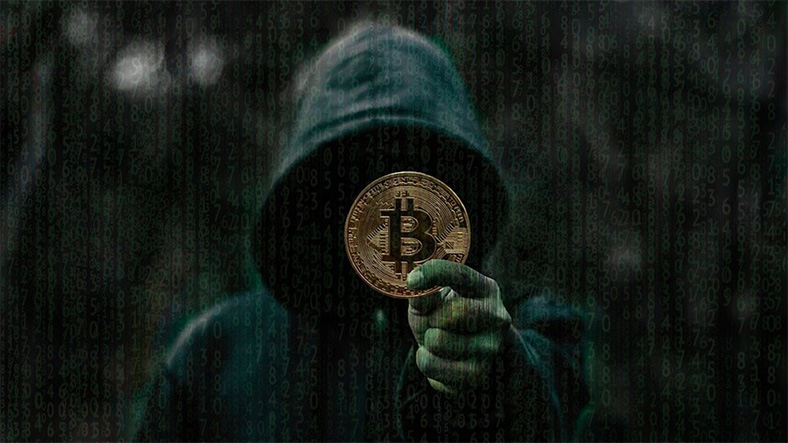 Many intelligence agencies, especially the USA, continue to work on the true identity of Satoshi Nakamoto. From time to time, many baseless claims are made, and these claims are refuted over time.

Do you say that those who declare themselves Nakamoto or those who target even Elon Musk, the founder of PayPal, do not argue.

There is only one thing known. Nobody, Satoshi Nakamoto, managed to put the centralized economic system in great difficulty.

Claims of John McAfee, a speculator: 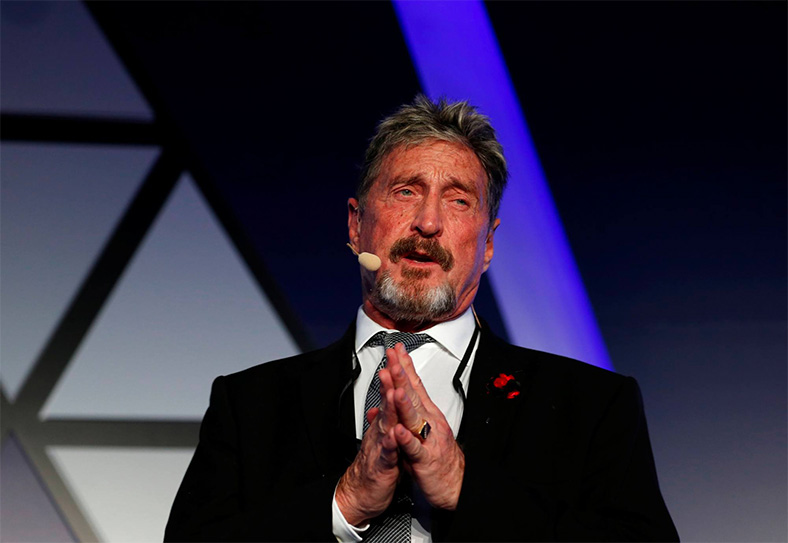 Julian Assange’s on April 11 After his arrest, John McAfee, the founder of security software company McAfee, sat on the agenda of social media with a strange claim. He was actually a name that frequently speculated about the cryptocurrency markets. This time, however, he looked a little serious, saying that Satohi Nakamoto would reveal his true identity soon.

John McAfee is a famous person whose extradition is requested by the USA, just like Julian Assange. McAfee is suspected of murdering a US citizen in the small country of Belize, there are investigations that his company is engaged in tax evasion. In other words, the USA demands the return of McAfee and is constantly looking for a deficit.

Everyone’s ears were cut off to John McAfee to find out Nakamoto’s true identity. He reneged on this decision and said that he would not make a statement for now, for fear of extradition to the United States.

What John McAfee and Julian Assange have in common: 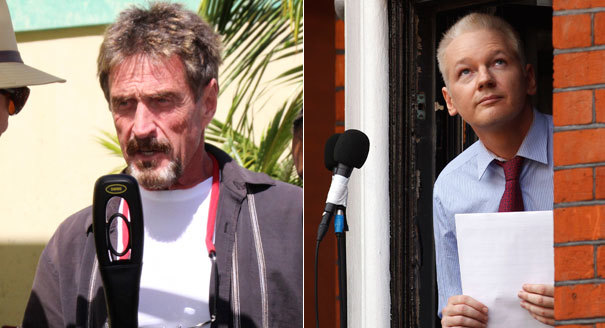 Actually To cite John McAfee and Julian Assange, who seem to have gone crazy, doesn’t make sense at first. Indeed, they both have a lot in common. First of all, both names are software developers.

Both Assange and McAfee are closely related to the security aspect of information technologies. While McAfee does this with his eponymous company, Assange has been working on technologies for knowledge transfer for many years. In fact, Assange has an organization that leaks important documents by breaching the state’s firewalls.

McAfee is interested in building firewalls, while Assange dreams of breaking these walls and building more secure systems with technologies like blockchain.

The biggest feature of both names is that they are not liked at all by the US government. After Assange’s arrest on April 11, it is very strange that another name wanted to be taken by the government made statements about Nakamoto. It is even more strange that he gave up on these statements for fear of being detained.

These links, which cannot go beyond a series of ambiguities, lead us to a logical claim 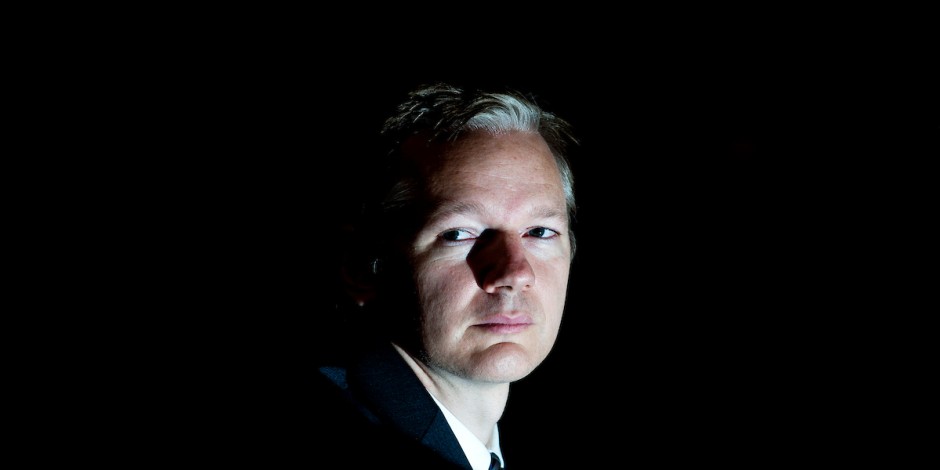 Assange continued to manage WikiLeaks while he stayed at the Ecuadorian Embassy in London, where he took refuge for 7 years. The Ecuadorian government did not like the USA, and when the government changed with the election, it was decided to extradite Assange to the USA.

The closeness of someone who has been trying to oppose centralized economic systems since the 1990s with Bitcoin was really significant. The claims of a speculator like McAfee, although not clearly, do not go beyond bringing Assange to mind. 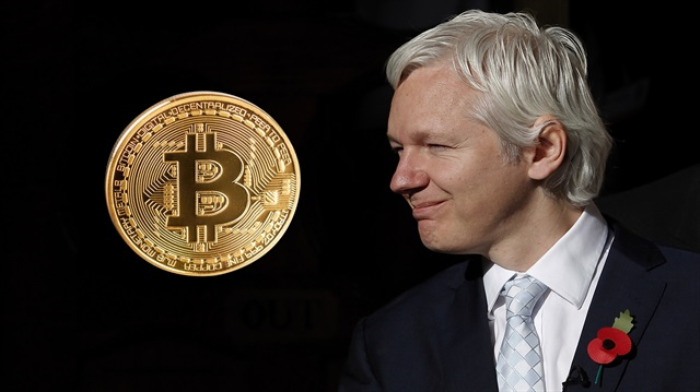 Also, it doesn’t make much sense for the US to act depending on the political change in a South American country called Ecuador. Perhaps some tangible evidence of Assange and Bitcoin connection has been seized.

Important evidence has been found that perhaps Satoshi Nakamoto was actually a community rather than a person. Perhaps one of the biggest supporters of Bitcoin, Julian Assange is actually a member of the community we know as Nakamoto.

All these are just a compilation of the developments that have been made public.