For Crash Bandicoot, the most popular series of Naughy Dog in the PlayStation era, different side games were released to take advantage of the brand’s meat and milk. Of course, the most popular among these games was Crash Team Racing. It was really interesting to see the funny characters of the series fighting against a common enemy for a common purpose.

We competed with Crash, Neo Cortex, Coco, Polar and many more heroes and bosses in this game. Of course, due to the console possibilities of the period, instead of fighting with players from all over the world, we competed side by side with our friends by separating the screens. Now everything has changed. 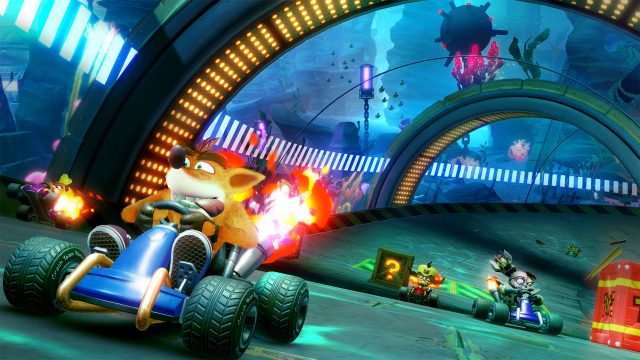 Following the hugely successful remake of Crash Bandicoot N. Sane Trilogy, Crash Team Racing Nitro-Fueled includes many more enhancements and updates. Unlike N. Sane Trilogy, which generally does not go beyond the graphics update, CTR brings brand new game mechanics and game modes to us. In this way, it is not only a Remastered, but also an up-to-date game that is firmly on the ground.

Perhaps the most important feature of the new CTR is that it is full of content. There are 31 unique race tracks in the game. While these maps are adapted to the present, there are some differences both in terms of graphics and game mechanics. For example, in the game it is now possible to slide the race car by holding down the L1 and R1 (PS4) keys. Thus, you fill the Turbo bar much faster and gain instant acceleration. The same goes for jumping while jumping off bumps. Thanks to this tiny boost, you can easily gain an advantage against your opponent while going nose-to-nose. 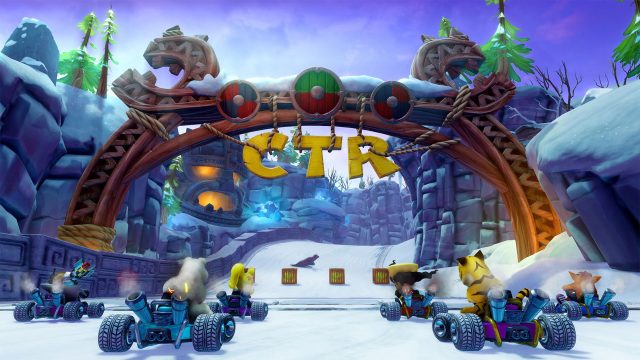 If you want to be a successful CRT player, you have to memorize the maps. Because when it comes to Crash Team Racing Nitro-Fueled, just driving the car doesn’t work. Both the Turbo feature and the ability of the players to trap each other constantly make the game have a dynamic structure. Therefore, if there is not a very serious difference in distance, the front player is constantly on the edge.

Traps are prepared in two ways in CTR; momentary and ambush. Instant traps are mostly listed as throwing bombs at the vehicle in front or behind, launching guided rockets or throwing the protection shield. The ambush is listed as TNT boxes, potions that break the control of the vehicle, and NITROs that explode when you touch them. It is imperative that you use these traps effectively and effectively.

You collect the traps from the boxes scattered on the road. As soon as you hit the box, RNG comes into play and you get either a trap or a boost in direct proportion to your luck. You are also not allowed to receive any other buffs until you use this upgrade. That’s why you should think fast and activate your feature at the right moment. You can also carry up to 10 apples by collecting apples and apple boxes scattered around. If you protect these 10 apples without being hit by other players or falling off the map, the buffs you get are much more effective.

Since the game has Multiplayer support for the first time, we can now strengthen both our racer and the vehicle and equip it with different cosmetic products. Thus, different types are competing, not the same racers. The trick starts here. Every racer has good and bad areas. Some take corners fast, some accelerate much better. That’s why it’s so important to make the right choices among these characters. 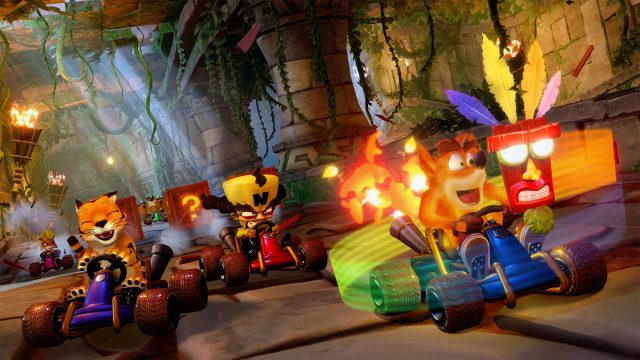 The point where Crash Team Racing Nitro-Fueled differs from other similar games is that it has a rich Single Player mode. This scenario mode, including boss races, takes quite a long time and is similar to the classic Crash Bandicoot games. If this is your first time playing CTR, I suggest you finish the scenario before the multiplayer modes. Moreover, in the Remastered version, unlike the original game, you do not need to be stuck in a single racer. Thus, you can try many different racers during the game and easily decide which one is most suitable for you.

Another nice feature from the past that has been preserved in the same way is Split-Screen Multiplayer. In this way, you can play CTR with up to 4 people on the same screen without any internet connection.

As a result, Crash Team Racing Nitro-Fueled has taken its place on the shelves as a successful Remastered game. It manages to appeal to both those who admire this game in the PlayStation era and the new generation players.