There has been a struggle to produce domestic cars since the first years of our republic. From time to time, under different difficulties and pressures, a significant part of the projects that emerged were either canceled or shelved. While the global automotive market is taking its toll and our energy resources are transforming, we have fallen behind in keeping up with innovations.

There is a new “domestic automobile” struggle that has been going on for about the last 5 to 6 years. During this time, we are witnessing how fast time flies as we say we either saw or will see the first local oromo. So what happened during this time? Let’s take a closer look at the development stages of Turkey’s Automobile project with all the details.

You can find the history of all cars produced in Turkey in the following content:

December 2010: First call of the near term

The Prime Minister of the time, Erdogan, addressed business people at the TUSIAD meeting, and called for them to “build a new brand in solidarity for domestic automobile production”. After this call, business people

Upon the call, the Automotive Industry Association took office, and the first studies were carried out on “whether it will happen or how it will happen”. Ford Otosan, Tofaş, Oyak Renault and Toyota contributed as members of this association. Industry and Trade Minister Nihat Ergün demanded that a report be written “not why not, how can it happen”. In the same year, the report was handed over to Ergün and Erdoğan. was done.

February 2011: The new model of the electric and domestic sports car Etox is on the road in 3 months. 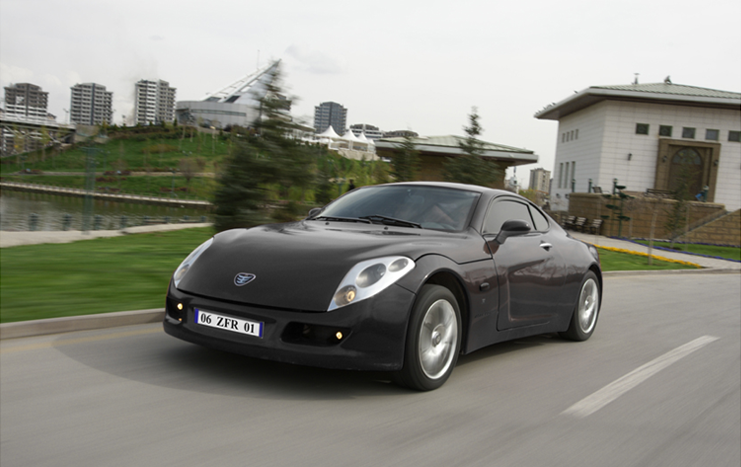 Ankara businessman Ercan Malkoç, the manufacturer of the domestic car prototype Etox, which is not mass-produced, made a statement in February 2011 and said that they will launch the domestic car in 3 months. The estimated price of the vehicle was announced as 30 to 35 thousand TL.

November 2011: The probable price of the domestic car has been determined

In the report, it was written that as the sales price of the domestic car, “at least 2.5 – 3 billion euros should be invested, the unit price would be 20-25 thousand TL”. The company that will produce the car has not yet been determined. Cost reduction support towards the end of 2011 to enable companies to volunteer announced . With this support, it was said that the domestic otmobil could go on sale for 15 TL. 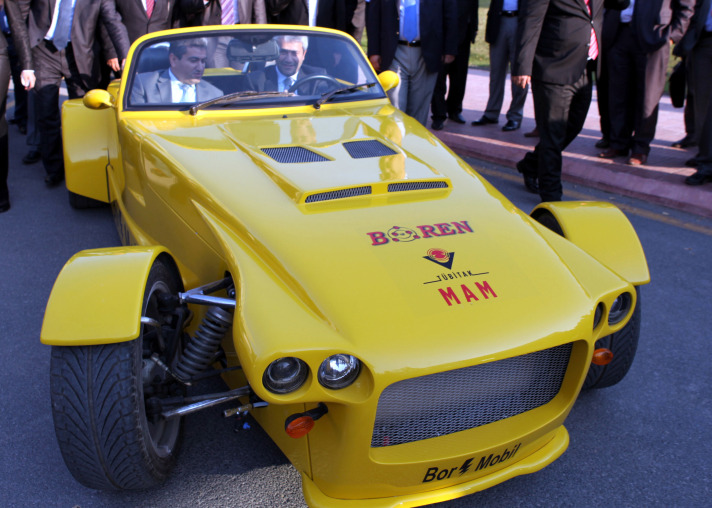 Prototype with “Sodium Borohydride Fuel Cell” that can travel 35 kilometers with 1 kilogram of boron in the same month developed . The car was tested by Minister Ergun.

In December 2011, Oskar Makine, headquartered in Ankara, developed a 100% electric domestic car. The prototype, which is said to bear the Oscar City name, was announced to hit the roads in 2012, priced between $12 and $15,000. The vehicle could not be marketed.

Fadıl Akgündüz (Jet Fadıl), who is the name behind the domestic car model named Signature, which was exhibited at the Geneva motor show in 2000, also made statements about the Signature in 2012. Jetpa Holding Chairman of the Board of Directors, Fadıl Akgündüz, was previously known for his dubious work in Turkey, and was known as a chain manager. Akgündüz, in a statement he made in 2012, said, “If they had not stopped me, the Turkish-made automobile discussed today would have come to life, and it would have taken an important path for 12 years.”

April 2012: The electric car produced by Oyak Renault was delivered to the Prime Ministry office. 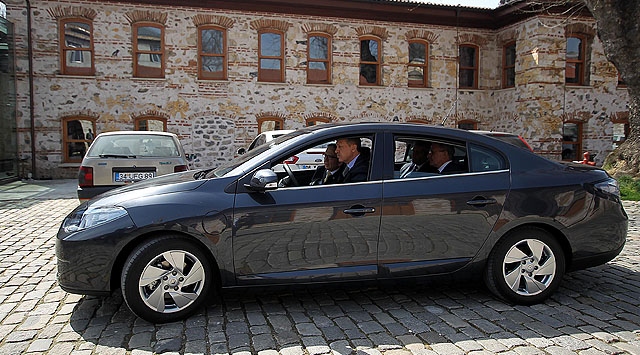 Oyak Renault delivered one of the first automobile prototypes produced with electric and domestic facilities to the then Prime Minister Erdogan. After the test drive, Erdogan said: “It is a very, very quiet, very gentle vehicle.” made its assessment. The price of the vehicle for that period was determined as 60 thousand TL.

April 2013: Koç Holding says the domestic automobile project will be a “commercial suicide”

The late Mustafa Koç, Chairman of the Koç Holding Board of Directors at the time, came up with the idea that the domestic automobile would be a commercial suicide attempt. While the search for voluntary companies for production continues, this statement means that Koç Holding, one of the largest companies in our country, has withdrawn from its production journey. was coming.

In the same year, Toyota Turkey CEO Ali Haydar Bozkurt said, “It is possible to produce domestic cars, but it is not easy”.

October 2013: 75 thousand domestic automobiles will be produced in Bursa, 25 thousand of which will be imported. 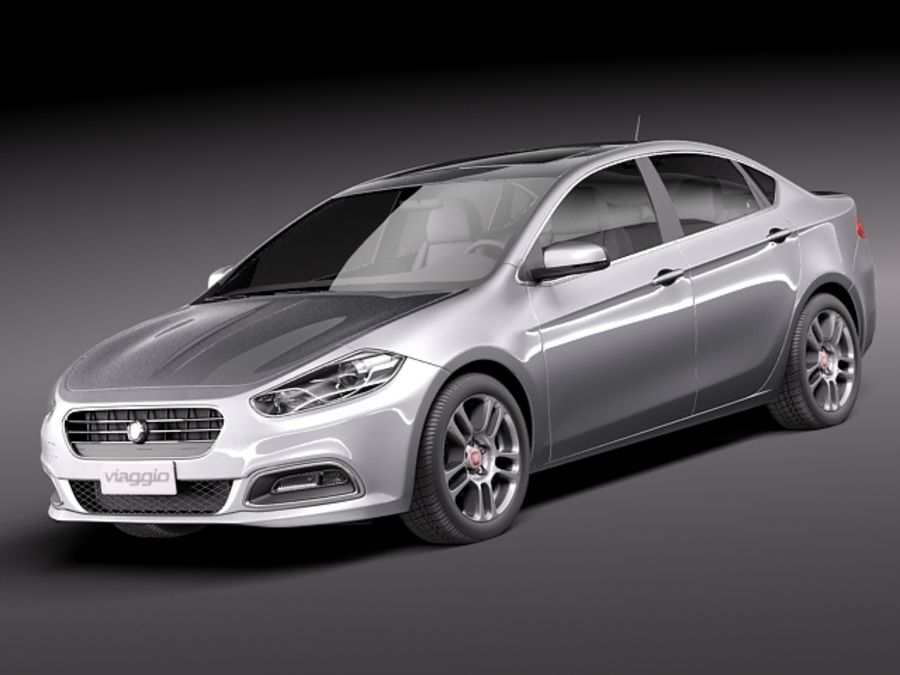 This chassis, named Viaggio, which is actively used by Fiat and designed in China, was among the first prototypes of the domestic automobile to be produced in Bursa. It was announced that a total of 75 thousand units will be produced in the factory, which was said to be established in Bursa at that time. 25 thousand of the vehicles would be exported abroad. It is said that a total of 580,000 units of the vehicle will be produced until 2023. This project was then shelved.

November 2014: Date for domestic automobile from the Minister

Fikri Işık, Minister of Science, Industry and Technology at the time, said that his belief that it will be possible to see domestic cars on the roads of Turkey and the world before 2020 has increased. In the same year, it was announced that up to 100 million liras would be given to the companies that will produce domestic automobiles. 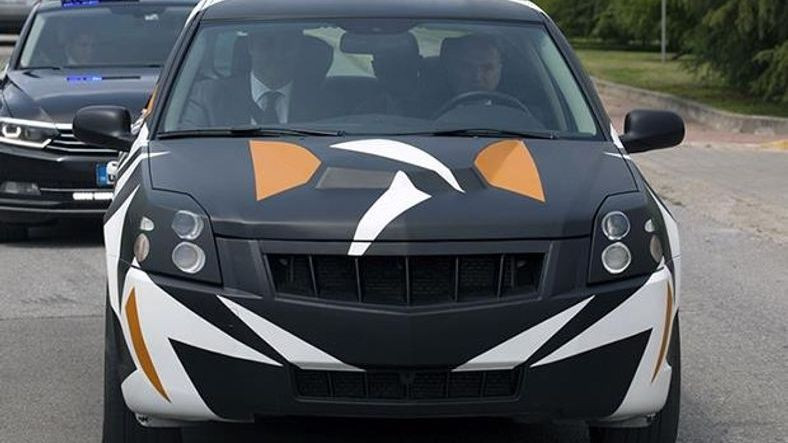 As a result of years of work, a prototype has emerged, surrounded by visually misleading stickers to prevent design leaks. This prototype is still one of the first images that come to mind when it comes to domestic automobiles. The design was criticized for being similar to the Cadillac BLS. Faruk Özlü, one of the ministers of the period, said that the vehicle will be on the roads until 2020.

The EVT-S1 prototype was among the most consistent domestic automobile projects of all time, emerging in 2015. The outputs of the project, which could not receive support within the university, could not go into mass production.

February 2017: A new consortium for domestic cars started to be established

Minister Faruk Özlü stated that they came together with some industrialists to produce the domestic automobile in February 2017 and that a new partnership would be established. announced.

July 2017: It is certain that the domestic car will be electric and will have 4 different models.

Minister Faruk Özlü stated that the first domestic car will have a 100% electric motor. announced.By the end of the year, it was announced that the vehicle will have a range of 500 kilometers and will be produced in 4 models.

After years of searching, Anadolu Group, BMC, Kıraça Holding, Turkcell Group and Zorlu Holding made a joint venture. These 5 companies are responsible for domestic automobile production it happened.Gürcan Karakaş was appointed as the head of the company.

The Prime Minister of the time, Binali Yıldırım, said, “We will have finished the first example of the domestic automobile in 2019, and the mass production in 2020-2021.” in the description found.

June 2018: It was announced that the domestic car will be produced with 5 models, the price of the car

Faruk Özlü, in his statement at that time, said, “The automobile will be in the B and C segments. We are designing a car that will appeal to the middle and upper class. It will be a structure with 5 models. First we will see the sports model, the SUV model. The SUV model is a very popular model, especially among young people and families. said.Also, the price may change according to 2021 standards. stated.

July 2018: The name of the company that will produce the domestic car is finalized

An umbrella company was established for the company known as 5 babayiğit to take part in the domestic automobile project according to their field of expertise. The name of the company is “Turkey’s Automobile Enterprise Group Industry and Trade Inc.” aspect registered.

A domestic company known as Geno Automobile has developed a prototype for its own electric car. The company has 3 prototypes named TM-100, TM-245 and TM-480. exists.

December 2018: Announcement that 2.5 million people will be employed when the domestic automobile starts mass production

Industry Minister Mustafa Varank said, “We expect employment to reach 2.5 million people with the production of domestic automobiles in all parcels.”

The domestic car design, which was shared with Erdogan and informed, will be mass produced in 2021 according to the statements. The design received positive feedback from Erdoğan at the beginning of 2019.

March 2019: The domestic car that will be electric will also be autonomous

May 2019: Another version made to the President

After Erdogan’s statement “We will meet with foreign investors if necessary” due to the slowness of the project, another presentation about the project was given to him. done.

Minister Varank stated that the three-dimensional drawings of the domestic car have been completed and that we will see the first prototype at the end of 2019. explained.Speaking about the serial production date of the vehicle, Varank pointed to the year 2022 this time.

We will continue to present developments regarding the domestic automobile project under this heading, stay tuned.