Most space rocks that pass near Earth travel alone, but Asteroid 1999 KW4, which will make a distant pass from Earth on May 25, is a little different. The object’s large primary body is thought to be one mile wide. Big enough to put a small “asteroid moon” into orbit.

The smaller satellite is said to be a quarter-mile in diameter. We would be in serious trouble if this double asteroid were a threat to Earth, but fortunately that is not the case. 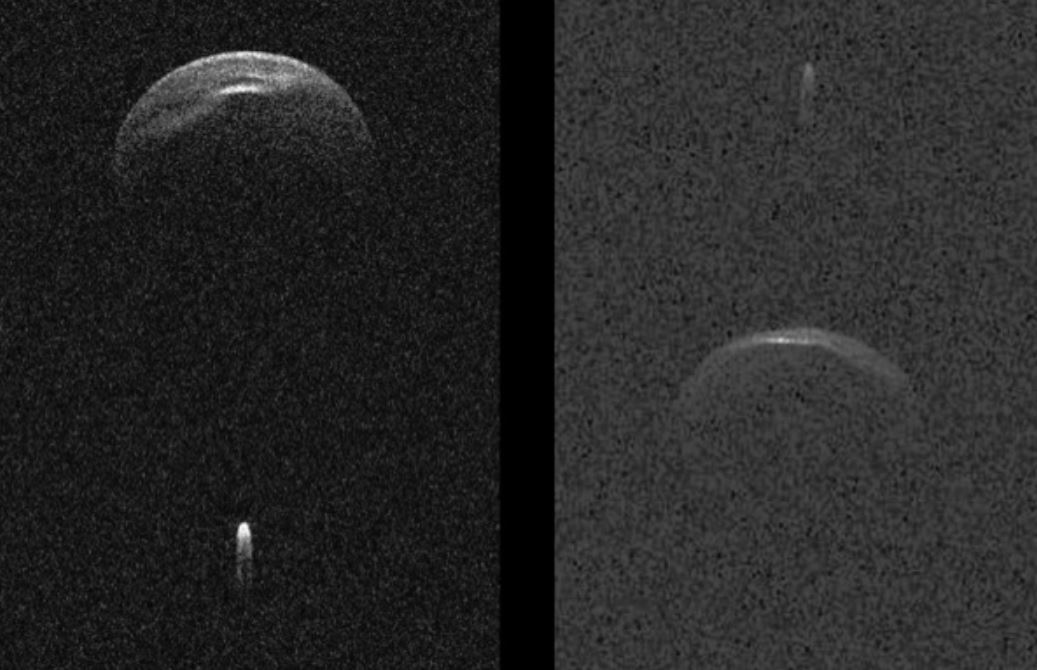 The 1999 KW4 looks like it won’t be a problem for the foreseeable future. It will pass near Earth from a distance of 3.2 million miles. This distance is 13 times greater than the distance between Earth and its moon.

The distance is far enough to be safe, but this could be an interesting opportunity for astronomers who want to learn about this and other asteroids in our system. Observations reveal that the asteroid has a peculiar diamond-like shape, similar to other asteroids like Ryugu.

It is largely unknown how these space rocks take their shape and what influences this process. Especially the satellite around 1999 KW4 seems interesting for researchers. It remains to be seen whether it is a larger piece of rock that shattered a long time ago, or an asteroid pulled by the gravity of a larger object.

Answering these questions could take a long time, but this week’s relatively close visit of the asteroid may provide astronomers an opportunity to present some new theories.