Elon Musk, the head of the world’s leading companies such as Tesla and SpaceX, and also the richest person in the world, on Twitter Over 100 million followers . Although Elon Musk has not been able to buy Twitter for months, it seems that it continues to pass the attention of users more and more every day.

Elon Musk is one of the names that uses Twitter very actively. Sharing about almost everything that comes to his mind, Musk, due to his occasional sharing. being criticized . By the way; It should also be noted that Elon Musk has not shared for about a week. While the reason for this is not known exactly, Elon Musk may have focused on fake accounts on Twitter that he was in the process of buying, so he started sharing. didn’t get the chance thought to be possible. In a news we shared with you in the past days, Twitter management gave Elon Musk extensive authority, and that Elon Musk can examine all bot accounts on the platform with this authority. we transferred.

Elon Musk is not just with his attempts; He gained millions of followers in many areas such as crypto money, politics, internet. 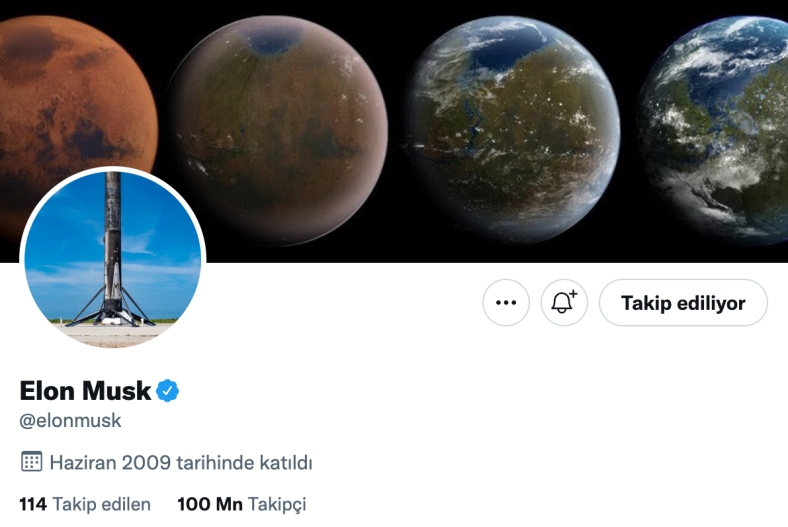 Although Elon Musk attracts a lot of attention due to his statements about Tesla and SpaceX, the issues that put him on the radar of millions are not related to these. As you know, Musk is the most popular in the world. cryptocurrency is among its investors and does not hesitate to manipulate the market frequently. In addition, the US Presidential election Russia-Ukraine warThe shares he made as much as he did have made Musk one of the most followed names on Twitter.

It was claimed that 70 percent of Elon Musk’s followers were bots.

Although Elon Musk has apparently exceeded the 100 million followers threshold, the discussions that he started on the subject of ‘bot accounts’ continue. If Musk buys Twitter, he plans to clear bot accounts from the platform, in such a scenario Musk’s He could lose tens of millions of followers. it is said. You can reach our content on this subject from the link below.

The fact that Musk has more than 100 million followers naturally affects the interactions of his posts. Although Musk occasionally shares a lot as if he is sleeping with Twitter, some of his posts stand out much more with the number of interactions he receives. Musk’s most liked post to date is that he will buy Coca-Cola, which he shared for humorous purposes right after he officially announced that he would buy Twitter and that he’d put cocaine back inwhat he said was shared.

Elon Musk is just one of the names that has exceeded the 100 million followers threshold on Twitter. Because this ‘turning point’ is Musk’s Twitter profile. top 5 accounts It wasn’t enough to put it in. So what are the most popular accounts on Twitter?

Elon Musk is the name after these names. With 100 million followers, Musk is currently on Twitter. your 6th most popular accountbecame the owner.