A Chinese user shared the images of the Core i9-13900K processor, which we have been hearing frequently in the market recently. As you can imagine, the engineering sample sent for this test is a processor.

Engineering sampling processors represent various development stages of chips and can be produced in different versions such as ES1, ES2 and ES3. Among these revisions, the performance, frequency speed and power consumption of the chips may change. 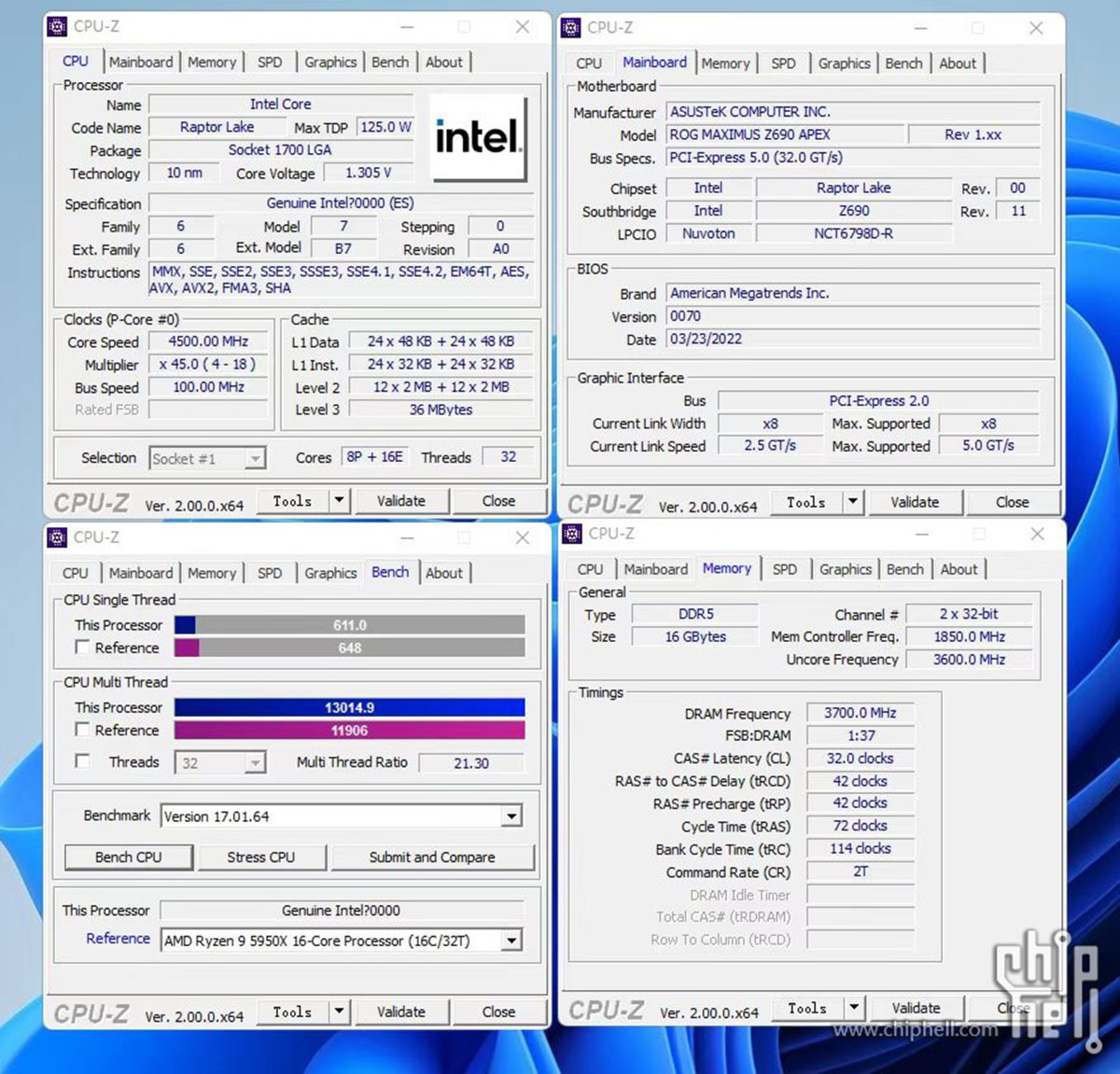 The new Intel i9-13900K ES3 chip is much faster than the ES1 in tests. It is also said that the processor, which comes as a newer version, reaches 5.5 GHz. The older ES1 silicon scored 611 in single-core and 13015 in multi-core in the CPU-Z test. This sample could apparently go up to 4.5 GHz.

It has been reported that the ES3 instance with the Q1HM SPEC code has been boosted to 5.5 GHz with a single core. However, all performance cores (P-Core) can run at 5.3 GHz. So it’s on par with the expensive model currently sold as the Core i9-12900KS (Special Edition).

As a result, 880 points were achieved in the single-threaded CPU-Z test and around 15000 points in the multi-threaded test. In other words, there can be huge differences even between the engineering chips. We look forward to seeing how the new flagship will perform when it is finally released.