Home Other Everything You Need To Know About iOS 13 Features

As you know, Apple recently released the beta of iOS 13 to the public. With the new update dark mode A completely different user experience awaits iPhone users, especially those with many innovations. Along with the video we have prepared for you iOS 13 features We’ve put together everything you need to know about it. Without further ado, we leave you with the video that we compiled the highlights of iOS 13.

What kind of innovations does iOS 13 offer us with its features?

With the new iOS update, users have been waiting for a while. Dark Mode gets the feature. Thanks to this feature, the familiar iPhone interface can be used in a dark mode with a white background.

Thanks to this dark mode, which was developed especially for dimly lit environments, you do not get tired of your eyes and you do not disturb the people around you with the light of your phone. In addition, users can manually activate this feature from the Control Center, while at the same time program it according to a certain time interval or sunrise and sunset. 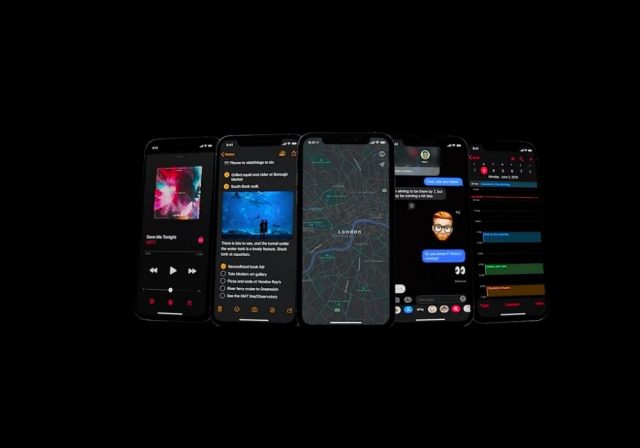 Apart from that, new wallpapers optimized for Dark mode automatically change when you switch between light and dark modes. Also, let’s mention that this dark mode, which comes with iOS 13, has been successfully integrated into all of iOS.

iOS 13 Along with this, Apple also offers the new category system to users. In this section, Apple, which presents a new photos tab to users, allows you to view your photo library through categories at different levels. This means that users can easily find their photos and videos.

In this new system, you can view everything together in All Photos, while Days focuses only on your private photos. In Months and Years, only your precious and prominent memories are included.

With the new category system Live Photo ‘s and videos autoplay feature is also offered to users. With this feature, your Live Photos or videos are played silently while you are viewing the photos in your gallery.

Apart from these features, new iOS 13 update It also comes to the fore with its photo editing options. In this section, it is possible to examine the effects that you can add to the photos, especially the density preview.

You can also automatically adjust the density of your photos with the enhancement setting. Besides, users vitality, white balance,sharpening, sharpness, noise reduction, external fading, Image Capture APIThey will be able to edit their photos through options such as.

Along with the latest iOS version, a number of camera innovations welcome the users. In this section, the technology giant, which stands out with its improvements over the portrait mode, offers a more advanced experience to the users. As a result of the improvements, users will now be able to decrease or increase the intensity of the Portrait Lighting effect.

New Portrait Lighting effect, apart from changes to Porte Mode High-Key Mono greets us. In this mode, users are allowed to get a nice look by bringing a monochrome object to the forefront in front of a white background.

The new iOS update, which is currently available in beta, comes with a number of security and privacy improvements. As a result of API changes, applications now request access to Bluetooth. Thus, Apple avoids a potential security problem.

Thanks to the smart lists added to the Reminders application after its new update, users will be able to see all their reminders in all lists together.

In addition, the virtual assistant automatically detects what is said in Siri and suggests you to create reminders.

We talked about all these innovations, let’s briefly talk about the innovations made on Memoji. After the new update, in order to better convey various emotions in Messages, Apple allows us to create sticker packs with our Memoji and Animoji characters.

The most remarkable innovation of iOS 13 is the improvements made in performance. According to what the authorities said in this section, apps in iOS 13 are compared to iOS 12. 2 floorsit opens faster.

At the same time, Face ID in iOS 13 compared to iOS 12 30 percent It is also worth noting that the rate of transactions is faster. Another change made with the new iOS version has been made on applications that take up a lot of space.

With the new version, apps in the App Store are now available with the help of the new compression method. 50 percent will take up less space. Also app updates 60 percentwill shrink to .

This service Apple iOS, macOSand tvOSusers for a monthly fee. App Storemakes it possible to access a wide range of paid games on the platform.

You can also play offline games on this service, which you can access from iPhone, iPad, Mac and Apple TV.

With the new iOS update, you will now be able to connect the game controller of PlayStation 4 or Xbox One S to iPhone.

If we take a look at the other innovations that come with the new update, the feature to mute unknown calls welcomes us. When you enable this setting, iOS uses Siri’s artificial intelligence algorithm to allow calls from numbers stored in Contacts, Mail, and Messages to ring. All other incoming calls are automatically muted and forwarded to voicemail.

Apart from this, Apple, which offers us some innovations on the system experience, Control CenterIt allows us to directly select Wi-Fi networks and Bluetooth accessories over the

Apart from what we have said, it is worth noting that Apple also takes into account the feedback from users. According to the new regulation, now iOS users 200MBThey will be able to download higher files with the help of cellular data.