Nevada Museum of Art sent a sculpture called the “Orbital Reflector” into space with SpaceX’s Falcon 9 rocket in early December. The statue was designed to launch from the satellite and unfold inside a diamond-shaped balloon. That way, it would reflect the sun’s rays to Earth and be visible to the naked eye. 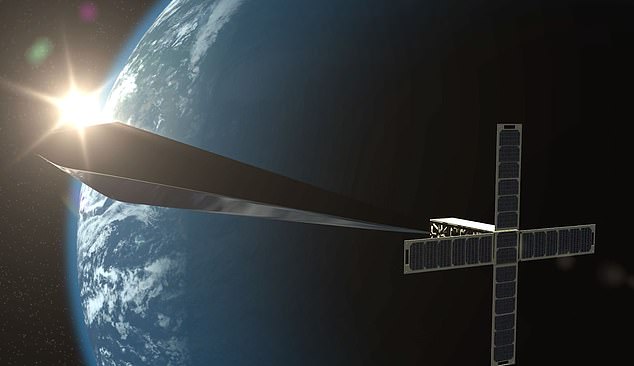 18 days after the Orbital Reflector was put into orbit, US President Donald Trump initiated the longest government shutdown in the country’s history. The reason for the government shutdown was that Trump and the Congress could not agree on the $5.7 billion federal funding requested for the wall to be built between the USA and Mexico.

The museum said in a statement that they couldn’t inflate the balloon because the Federal Communications Commission stopped working. The FCC plays a critical role in determining what’s in orbit and helping satellites communicate with Earth.

The sculpture’s designer, Trevor Paglen’s team, was able to keep in touch with the satellite after it was put into orbit, but it was not designed to last for weeks in a standby period. In the process after the government closed, the signals from the satellite began to become very sparse.

It is not yet certain whether Paglen will send another statue into orbit.