It’s no secret that WhatsApp, the world’s most popular instant messaging app, is working on an app-wide dark mode. With an update it released in the past, the company added a dark mode valid in the settings menu to the beta version codes of the application, but all codes, including the dark mode, were removed from the application in version 2.19.123. 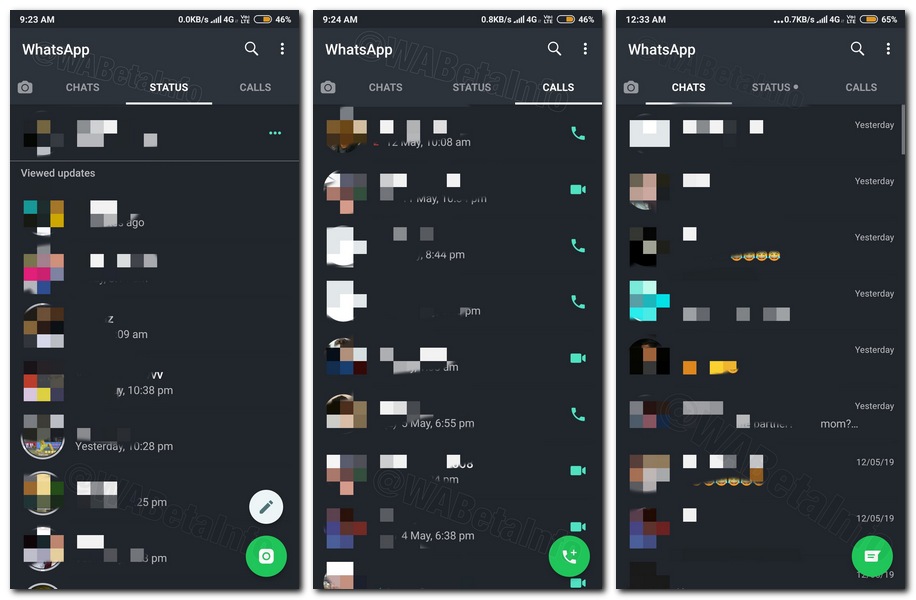 WhatsApp re-added the dark mode codes to the application with the 2.19.139 version of the Android beta application. Moreover, this time the dark mode includes the calls, statuses and chats screen. However, let us remind you that the feature is still under development and has not been released even to beta users.

According to the shared screenshots, WhatsApp is developing a dark mode that provides a dark gray background instead of a dark mode that turns the screen black. This color palette is a choice that OLED screen phone owners will not like. Text, such as contact names, still appears in green, but is expected to be white when the final version of the feature is released.