The Game of Thrones series is one of the most successful and most spectator productions on television in recent years. The series has a huge fan base. HBO has a hard time directing this audience to their services because they face a serious piracy problem. 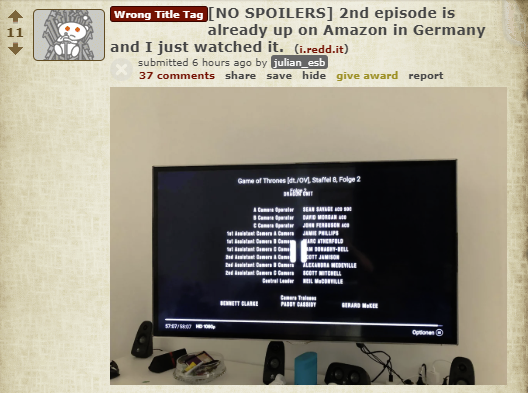 The second episode of the series started playing as soon as the first episode ended. A user who noticed this situation opened a thread on reddit on the subject. Conclusion? Someone immediately took advantage of the opportunity and put it on the Internet.

Game of Thrones is by far the most pirated TV show of recent years. The first episode of the series was illegally watched 54 million times on the day it was released.