Computer equipment has a lifespan, which is measured in different ways depending on the type of equipment. For mice, this measurement is based on the number of clicks. The official browser game of Game of Thrones, a game designed to eat your mouse’s life.

The game looks much better compared to other free-to-play games. Since there is no license issue, you can see the characters, hear the lines of quotes from the TV show and hear the music of the series in the background. Everything looks good so far. 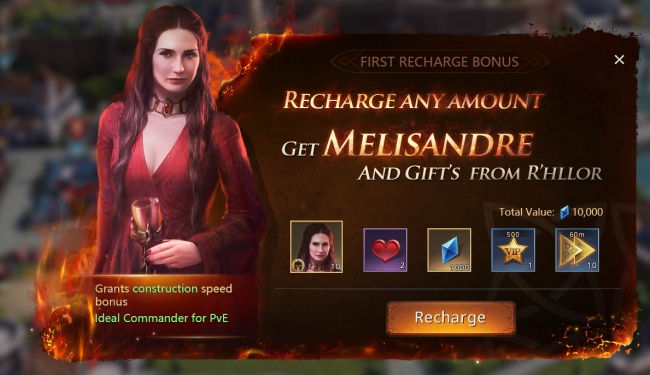 The game asks you to click here and there a lot in the first hour. Build a building, click on the building so that it can be built faster, click on the soldiers, click on the map, if there is a place you did not click, click on it so that it will not be remembered. This is how the game works in general.

Game of Thrones: Winter is Coming is ultimately a free-to-play game, aiming to earn profits using the strategy called freemium. This means that if you don’t want to wait to progress in the game, you have to spend money on the game. Waiting will also cause you to lag behind your competitors.

There is also a daily rewards system in the game to increase interaction with users. All you have to do to get a character like Varys is to log into the game two days in a row. We don’t know how Varys would have received it so easily for free, but he certainly wouldn’t tolerate it. 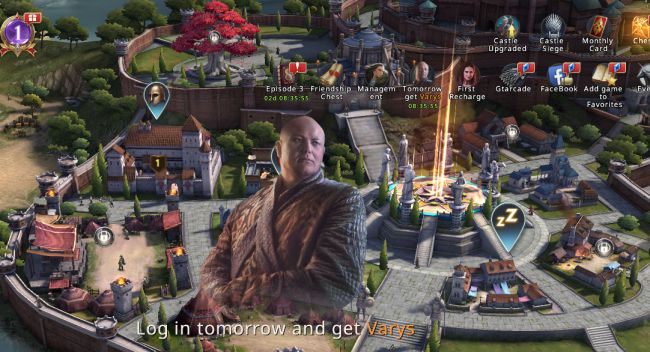 Some of the characters we encounter in the game are not in the main story, but are created to fill in the blanks. Some of them are people who see them on the screen but don’t matter. Of course, we don’t expect 7 dragons, Jon, Daenerys, Tyrion, George RR Martin or anything at the beginning, so there is no assessment of the difficulty level of obtaining the characters.

The game looks good, but to be honest there are many different modes where you can taste GoT and GoT games that can be played on the computer are also more attractive.