As you know, Nvidia recently introduced new members to the GPU family using the Turing architecture. These GPUs, with their RTX Ray Tracing features trimmed, were put up for sale at more affordable prices than the RTX series. These cards were the GTX 1650, 1660 and 1660Ti, respectively. One of these GPUs, the GTX 1660, is the GPU we’ll be reviewing today.

When we look at the features on the paper, we see that the card produced with 12nm production technology has a square dice size of 284mm. It’s almost one-third the size of the 2080Ti. It houses 1408 CUDA cores, 88 TMU and 48 ROP units. The core frequency of the 1660 is 1530Mhz, the boost frequency is 1785Mhz, and the memory modules of the 1660 run at 2Ghz, effectively 8Ghz. The type of memory of the card with a capacity of 6GB is GDDR5 and is connected to the GPU with a 192-bit interface. 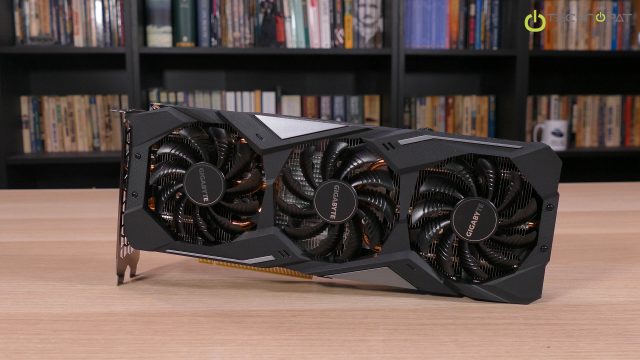 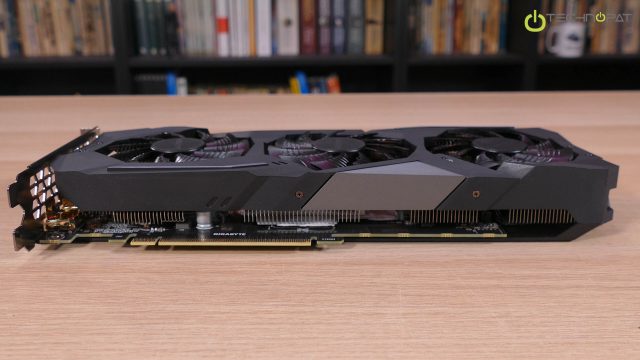 We see that the Gigabyte 1660 OC model has added the patented Windforce cooler to the card. The cooler with 3 x 80mm fans has 3 copper pipes that contact the GPU core. At the same time, memory modules and vrm modules are actively cooled by this cooler.

Another feature of this cooler is that the middle fan rotates in the opposite direction of the other 2 fans on the side, Gigabyte states that this reduces turbulence and allows the air to move more easily between the aluminum fins. In addition, the fan automatically stops when the video card is not used and is under a certain temperature. 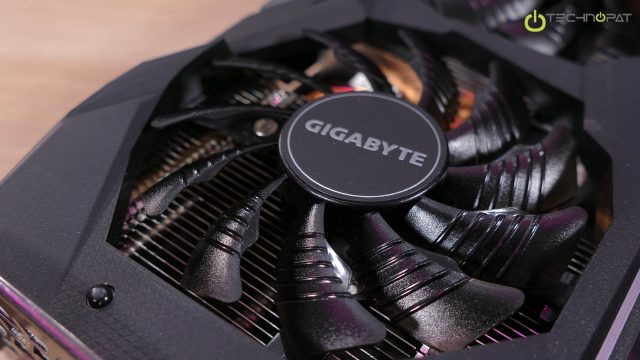 There is also a plastic backplate on the back of the Gigabyte GTX 1660 OC. This does not contribute to cooling, but it protects the card against possible liquid spills and short-circuit risks that may occur against screw drops. 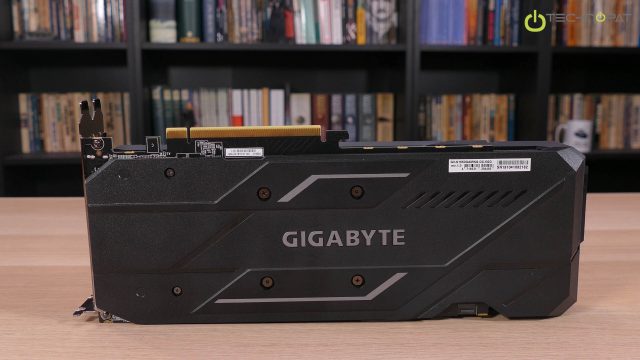 Among the GPU video outputs, there are 3 display ports and 1 hdmi. All ports are in a single row and there is an air grille on them.

One 8 pin is considered sufficient as a power input. Anyway, GTX 1660 is not a card with high power requirements.

The RGB illuminated Gigabyte logo on the side of the cooler is compatible with Gigabyte’s RGB Fusion 2.0 ecosystem. If there are Gigabyte Aorus products between your motherboard and peripherals, you can make them flash and switch colors simultaneously with Gigabyte’s software. By default, the card comes with a color change animation. 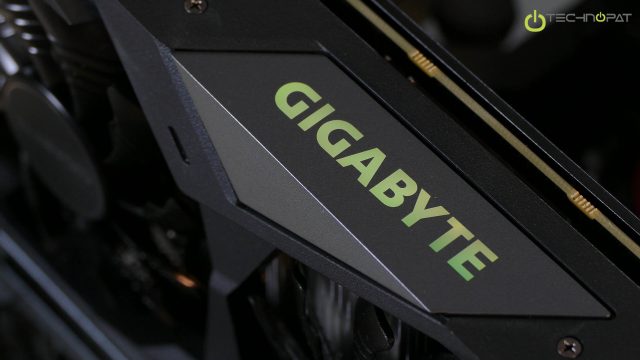 We tested the performance of the GPU with an i7 9900K processor, Z390 motherboard and 32GB DDR4 3200Mhz memory. In our test system, we preferred version 1903 of Windows 10 Pro and version 430.84 of Geforce Game Ready drivers. The games we tested were Shadow of Tomb Raider, Total War Three Kingdoms, PUBG, Battlefield V, FarCry New Dawn and Middle Earth Shadow of War, respectively. Vertical sync was turned off in our tests at 1080p and 1440p resolutions. We fixed the test environment temperature around 22 degrees. 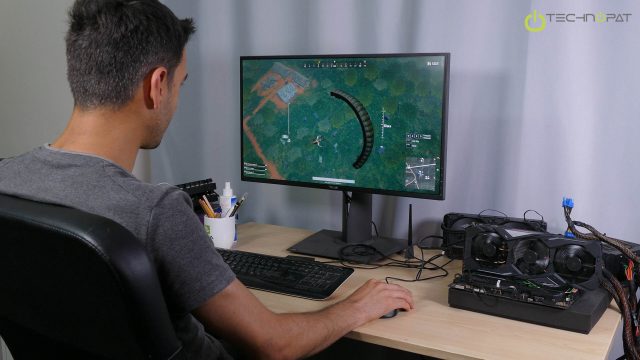 Considering that the temperatures can reach a maximum of 59 degrees after a long game of PUGB, the cooler does its job quite well. Even if we did an open installation, the fan noise of the GPU was so quiet that we couldn’t hear it from 40 cm away.

The results show us that the Gigabyte GTX 1660 OC is a graphics card designed for 1080p and partially 1440p. In 1080p, it allows you to have a smooth gaming experience by keeping the graphics settings high or even Ultra depending on the game. If you have monitors such as 1080p resolution 120 and 240Hz, it is possible to benefit from the extra horsepower offered by the GTX 1660 at this point. In addition, the GTX 1660 offers a gaming experience up to 60 FPS at 1440p resolution when you keep the graphics settings between Medium-High.