If you think the Radeon RX 6400 is a disappointment, you can take a look at NVIDIA’s hotly announced GeForce GTX 1630. Due to the high prices, many gamers, including our country, are turning to entry-level graphics cards. We’ve already taken a look at the technical details of the recently introduced GTX 1630, which will sort of replace the GT 1030 (or GTX 1050 Ti). Now let’s take a look at its performance.

TechPowerUp tested the GeForce GTX 1630 at 1080p, 1440p and 4K resolutions. The truth is that almost all owners of this card will use it in 1080p resolution, so let’s take a look at the Full HD test results.

The good news is that the new Turing GPU has much higher performance than the GeForce GT 1030. On the other hand, it lags far behind when compared to the GTX 1650. So how does this card perform against AMD competitors? The GTX 1630 was 32% faster than the old Radeon RX 560 2GB, which turned five this year. However, Radeon RX 6400, the weakest member of the RX 6000 series, is better than GeForce GTX 1630. 57% higher performanceshowed.

The only thing NVIDIA got right with the GeForce GTX 1630 might be power consumption tweaks. The new GPU surprisingly has the same TDP (75W) as its sibling, the GTX 1650. Some manufacturers have unnecessarily included a 6-pin PCIe power connector on their specially cooled cards. The GTX 1630, which draws a maximum of 65W in the tests, went up to 71W in Furmark. Radeon RX 6400 drew a maximum of 56W. As for games, metrics such as 48W for the GeForce GTX 1630 and 51W for the Radeon RX 6400. 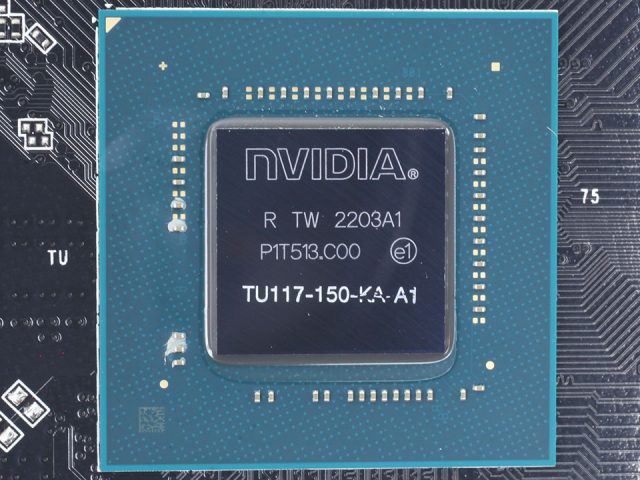 Prior to its release, the GeForce GTX 1630 was expected to carry a price tag of $150. Although the graphics card is on the market, the MSRP (recommended list price) is still uncertain. TechPowerUp, who made the review, stated that neither NVIDIA nor Gainward gave details about pricing. EVGA has priced the GeForce GTX 1630 SC Gaming model at $199.99. Another model, such as the Colorful GeForce GTX 1630 NB, will be priced at $169.

The problem is that the Radeon RX 6400 has a list price of $159, and special cooled models are retailed at that price. So in terms of price / performance, Radeon RX 6400 seems like a much more logical choice. In addition, the RX 6500 XT, which is slightly more expensive but offers a significant performance increase, is there as another option.