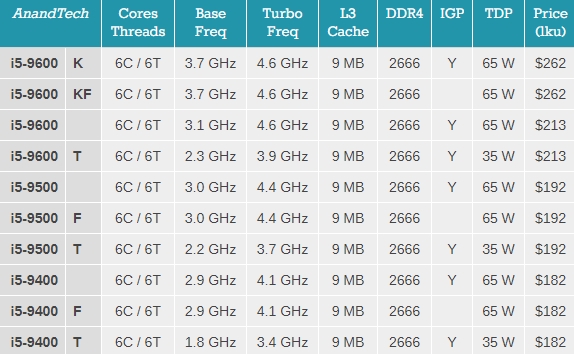 Processors can have different letter suffixes at the end of numbers according to their enabled or disabled features. The meanings of the jewelry that processors take to their model numbers are as follows;

Core i5 and higher as per Intel’s statement all CPUs have DDR4-2666, Core i3 and all processors below have DDR4-2400 memory support. Intel stated that the processors also provide support for higher-end memory, but cannot guarantee that it will work. All new generation processors are compatible with Intel’s Optane H10 storage solution.

Intel’s new 45W processor series is mostly aimed at gaming laptops and workstations. For this reason, we will see that the laptops where you will see these processors usually have an external graphics card and have screens between 15.6 and 17.3 inches. It goes without saying that the devices will be quite heavy. 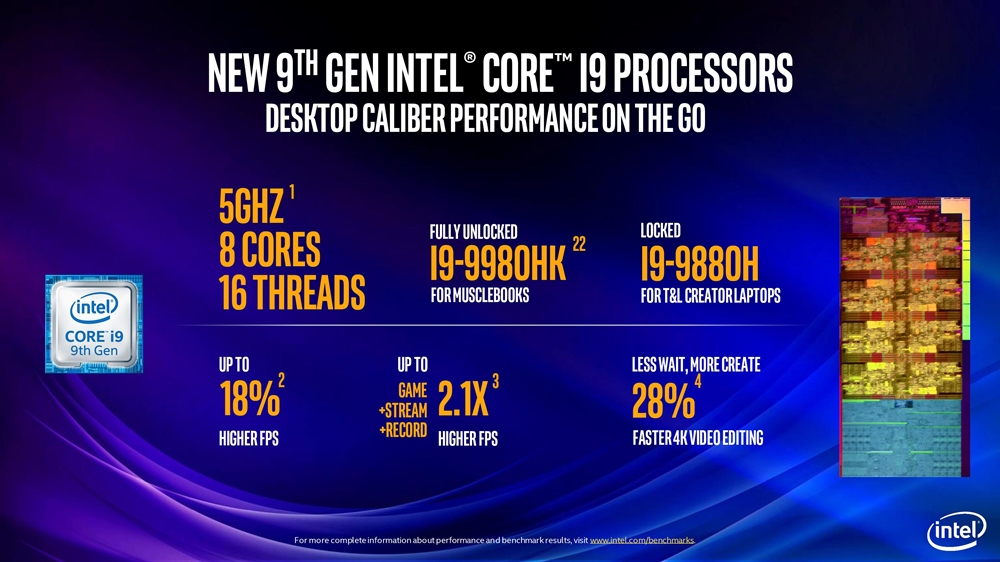 The new Core i9 processors are divided into two as 9980HK and 9980H. As you can imagine, the 9980HK supports overclocking. The 9980H was developed for manufacturers looking for a processor that is as fast as the 9980HK but does not support overclocking. Both processors support Intel’s Thermal Velocity Boost technology, which gives an additional 100 MHz frequency if thermal hardware allows.

The remarkable model in the Core i7 series is the Core i7-9750H processor. This processor, which has partial Overclock support, can provide overclocking up to 5.0 GHz if the manufacturer supports it. At this point, what kind of frequency speed the manufacturers want to write on the ‘properties’ page will be effective.