As tensions continue between the US and Huawei, Huawei has leaked more about Intel’s roadmap for servers than the company wanted to share. At an event in Petersberg, Huawei unveiled the cores of Granite Rapids, Intel’s 2022 server division, along with a few technical details.

Eagle Stream will form the basis for both Sapphire Rapids in 2021 and Granite Rapids in 2022, but Intel didn’t want to reveal too much about any of its new server divisions. Huawei has detailed the DD5 memory and PCIe 5.0 interface used by the upcoming platform. 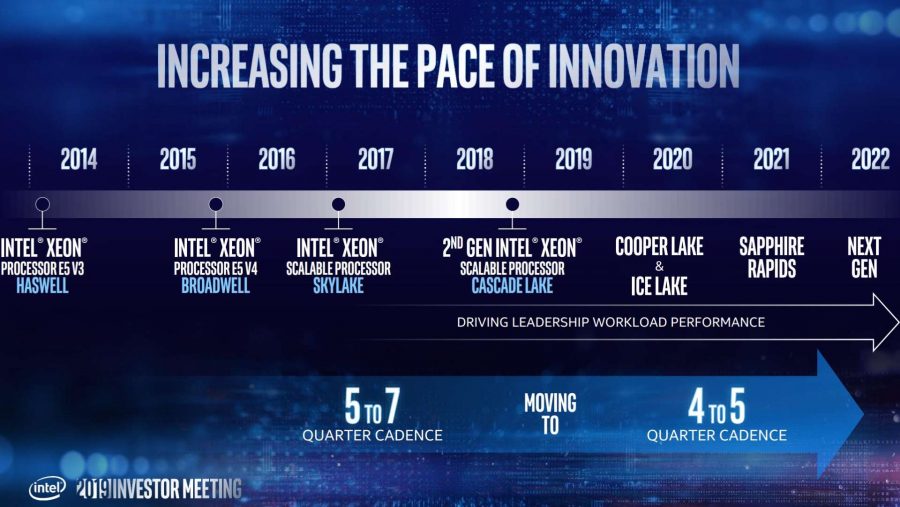 The leak isn’t exactly a security breach, but the ‘Next Gen’ note, which is much later in the server roadmap released to investors about 2022 plans, seems to be a bit of a nuisance for Intel.

Sharing the same platform with Sapphire Rapids indicates that both server parts will have basically the same CPU architecture.

There was some speculation that AMD engineer Jim Keller could use the promised new CPU architecture. This seems unlikely after the Huawei leak.

If DDR4 is to be replaced on servers in 2021, DDR5 can be expected to arrive on desktop machines around 2022.