Home Other Internet Browsers Comparison: Which Is Faster?

We all use internet browsers to access the internet and view web pages. Although most people use a single browser continuously according to their varying usage habits, speed is an important criterion that affects the experience. Software that loads pages late and problematically and does not adapt to today’s conditions can be quite frustrating.

Neowin is a technology platform that records and reports important statistics such as market shares of browsers every month. According to the data they have published, Google Chrome is the program with the largest user base, followed by Edge and Firefox in second and third places. It is known that there are some applications such as Vivaldi that want to have a place in the market, but they are not very popular.

So, which of these browsers we have listed offers the best performance and can load pages properly? Although it is a little difficult to answer this question depending on the computer components, usage pattern and needs of the user, we will examine and compare 4 popular browsers in terms of their performance in our article compiled from the relevant source.

Chrome, Edge, Firefox and Vivaldi were tested on hardware using two different processors, both AMD and Intel. You can perform the same tests, but you should keep in mind that the speed may vary depending on your computer components.

A normal person – including me as the author – doesn’t care how much the browser he uses can score in tests like Jetstream. Still, if we’re going to make a comparison between four popular browsers, we need numerical data and Jetstream is one of the best platforms to do that. The tests measure pretty well how browsers can handle relatively demanding workloads. As websites develop and applications running on the web increase, the JavaScript performance of browsers becomes very important.

JetStream 2 is a sophisticated benchmarking tool that helps us measure our browser’s performance in web applications. The program that starts quickly and executes the code in the shortest time gets more points.

Looking at the JetStream 2 test, it is seen that Chrome, Edge and Vivaldi, which were developed based on Chromium, can load web applications at similar speeds; FireFox performs slightly worse. This situation can be noticed, albeit slightly, in daily use. 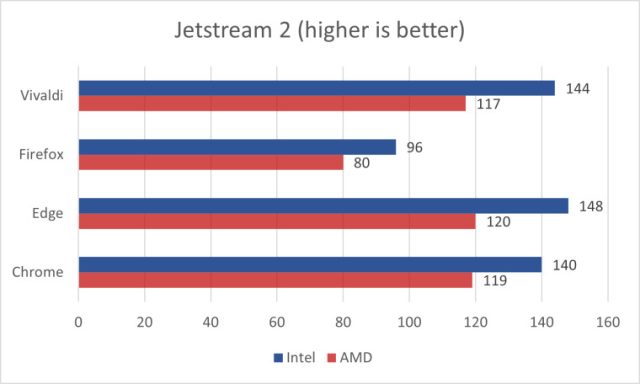 We can say that the MotionMark test makes the positive speed difference offered by the Blink engine, on which Chrome is based, more understandable compared to its competitors. This test scores by measuring the browser’s response to complex effects and graphics. The browser with the best and fastest graphics processing gets a higher score.

As you can imagine, Chrome gets the best score, Microsoft’s favorite Edge is in second place and another Chromium-based browser, Vivaldi, is in third place. Firefox is again in fourth place. In MotionMark, there is no noticeable performance difference between AMD and Intel processors. It seems that the software is sufficiently optimized for both hardware in terms of graphics processing. 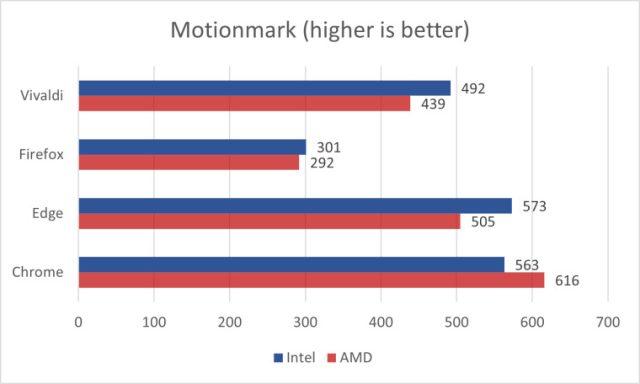 The third Speedometer 2.0 test measures the response time of browsers while running web applications. The higher the score of your browser, the healthier you can use websites and applications. The results get somewhat strange in this test, however. On the AMD platform, Firefox beats its rivals Edge and Vivaldi, while it performs almost equally on Intel-based processors. Chrome, on the other hand, has a significantly superior speed than other browsers on both systems. 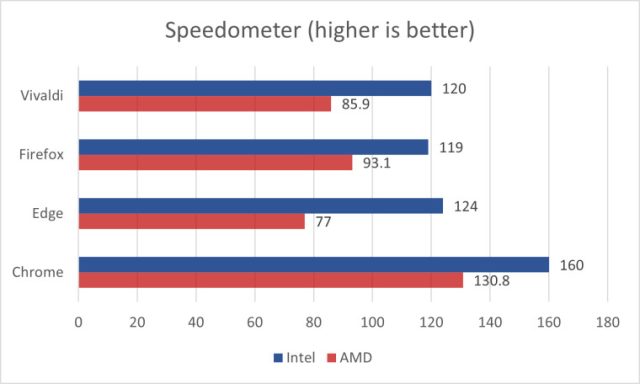 Recent tests are much less scientific. Since most computer users compare the performance of the browser they use according to the amount of RAM they use, we did not miss this either. Under normal conditions, the amount of memory used by a program does not indicate that it is slow or fast, but if there is no other situation (for example, memory leak), it is something that increases performance, contrary to the general belief. For example, new generation operating systems such as Windows 10/11 therefore run faster than their predecessors.

To see how much RAM each browser was consuming, a YouTube video, shopping site, large documents, and websites with complex animations were run and resource usage tracked. The results were somewhat surprising. 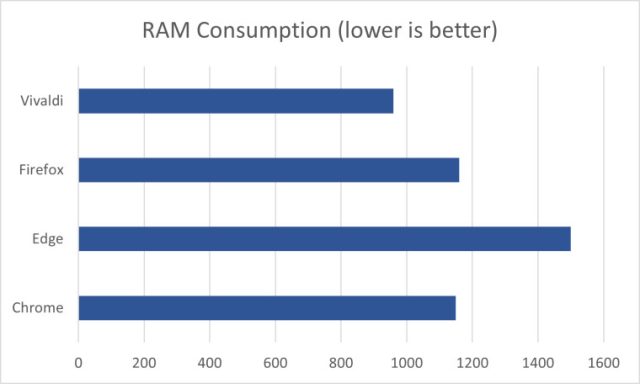 Contrary to popular belief, Chrome was not the browser that consumed the most RAM. It was found to consume approximately 350 MB (which is no small amount) less memory than Microsoft Edge and 10 MB less than Firefox. Vivaldi, on the other hand, used only 960 MB of RAM for 10 tabs.

If you want to prevent Microsoft Edge from occupying large areas of your memory in such situations, you can use the feature of freezing tabs that are not actively working. It is possible to save about 30-40 MB of RAM per tab after enabling Sleeping Tabs, but it is worth mentioning that there is not much difference when nine out of ten tabs in the test are put to sleep. Better values ​​can be obtained when actively working with tabs that consume a lot of memory.

It cannot be said to be so. Yes, Chrome offers very good results in terms of raw performance and good compatibility with web pages, but it is a browser that seems to lag behind its competitors from different perspectives.

If you want to sacrifice a little more performance and use software that cares about privacy, Firefox may be a good choice for you. We can say that although there are some web pages that do not work properly with Firefox on a very rare occasion, and they are considered a bit slow compared to their competitors, most of them open without any problems. If you want to get rid of the dominating Chromium and increase the competition, Firefox becomes your best alternative and friend.

In addition, we need to point out that Firefox and Apple Safari may perform poorly, as many web programmers develop sites specifically optimized for Chromium-based browsers such as Edge, Chrome, and Vivaldi. Since most developers don’t care much about alternative browsers, Firefox and Safari also have far fewer users than Chrome, so things get stuck in a vicious circle. When the user is low, the developer does not bother, and because of the non-optimized pages, users stay away from these browsers.

To avoid this awkwardness, Google, Microsoft, Mozilla and Apple have started work to increase “interoperability”. We hope that Firefox will be able to achieve a very positive rise with this initiative. At least we can say that it has such potential. 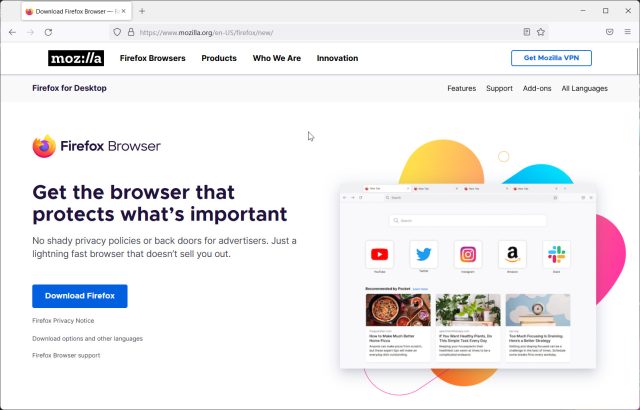 Another Chrome alternative is Microsoft Edge. Thanks to the “Startup Boost” feature, the browser starts instantly as soon as you click it, and it can be said that it has one of the best password managers. Although I personally do not recommend using browsers’ internal password managers for security reasons, a substantial number of people actively benefit from these features. Edge is one of the competitors that can be preferred due to the optimization features, sleeper tabs and more that come with it.

We can also say that it is the browser with the best visuals on Windows. Of course, you don’t choose a browser just by looking at it, but when you compare it with Chrome, you realize that there is an obvious difference. Coming to the disadvantages of Edge, the biggest problem is that it collects too much data. Targeted advertising and recommendation mechanism are overused. These behaviors of Microsoft have also annoyed the users. 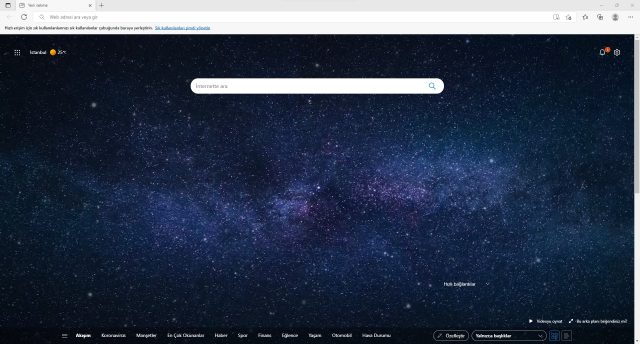 Vivaldi, on the other hand, is a project started by former Opera developers. They have a goal of combining the best of everything. Built on Chromium, this software focuses on privacy and offers adequate performance and customization. It neither collects as much data as Chrome nor does it look that bad. The only problem is that it contains too many settings for new users, but if you take some time, you will get a very nice browser that does not compromise on performance and page compatibility. The sad thing is that there is no iOS version and some of its core features like translation are pretty bad compared to Chrome and Edge. 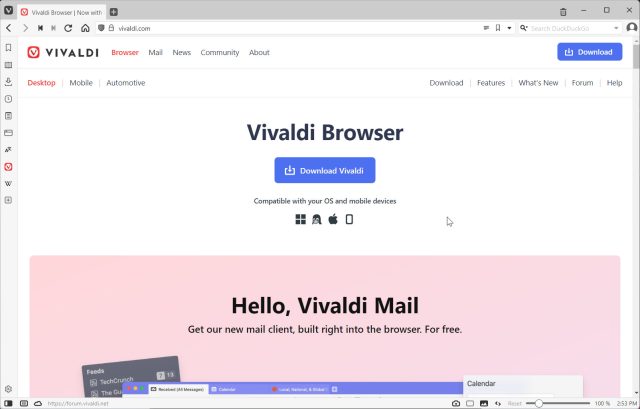 A comparison chart has also been prepared to quickly summarize what we have said. You will be able to easily observe the pros and cons for each browser we browse in the table.

Ultimately, although performance is an important criterion for choosing the best browser on Windows systems, it’s quite wrong to just look at it. Achieving a balance with things like privacy, features, and usability is important. A casual user will mostly install Chrome and pass by, because it’s a simple and fast browser that does its job. At the same time, for someone who is not very interested in computers, high speed is much more important than data privacy.

If you want to protect my privacy and not compromise on speed, Vivaldi is one of the best software you can use. Thus, you will be able to have a more fluent internet surfing without collecting your data by Google. But if you want to go further and know what is in both privacy and codes, Firefox will be the most reasonable choice for you.

If you have anything you want to add, you can specify it in the comments, and for your questions, you can open a topic on Technopat Social. Stay cool.