Apple released iOS 12.3.1 last week to fix some bugs in the mobile operating system. Although the update seems to fix only bugs at first glance, the test results shared by YouTuber iAppleBytes show that Apple has made a significant improvement in the battery times of old iPhone models with the update.

iAppleBytes applies the Geekbench 4 battery test to iPhone 5S, iPhone 6, iPhone 6S, iPhone 7 and iPhone 8, respectively, to show more clearly that Apple has improved battery life. The charging times of all devices are compared both with each other and with their versions running iOS 12.3. 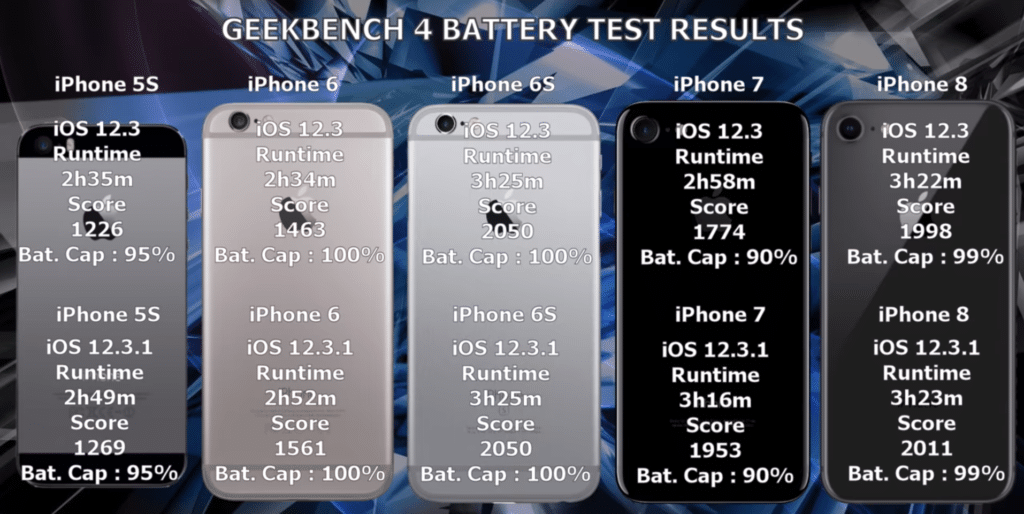 While releasing iOS 12, Apple said that the new version of the mobile operating system would significantly improve the performance of older iPhone models, especially. Most iOS 12 users think that the company has fulfilled this promise. Apple seems to keep improving performance not only in iOS 12 but also in lower versions of iOS 12.