About Technology
Home Space Is It Possible to Move the Earth to a Different Orbit?

In five billion years the sun will run out of energy and will likely expand to engulf the Earth. A more pressing threat is global warming. As a solution to these, we could move the Earth into a wider orbit, and believe it or not it’s possible in theory.

In fact, we were already moving the Earth from its orbit. As each rocket leaves Earth, there is a small thrust in the opposite direction of Earth’s orbit. Luckily, the impact of this push is quite small. 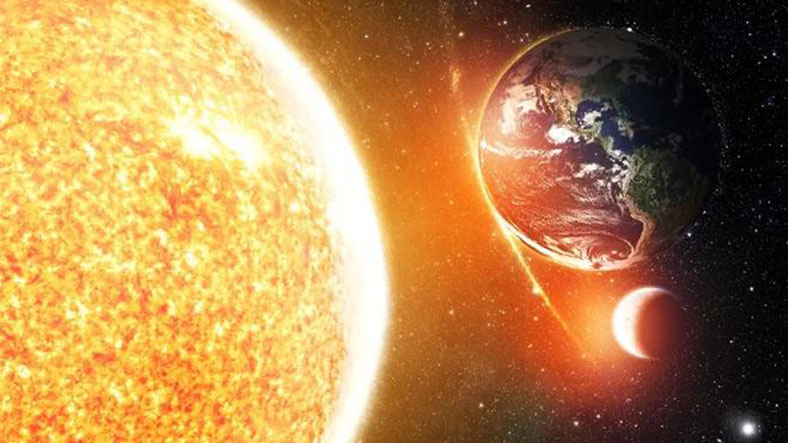 SpaceX’s Falcon Heavy rocket is currently the most powerful rocket. To move Earth’s orbit to Mars, we need 300,000,000 billion times that power. The materials required for a rocket of this power also cover 85% of the Earth.

While light has momentum and has no mass, we can do this with a light source as well. The required power is taken from the Sun and thus there is no change in the mass of the Earth. But for this to happen, it takes 300,000,000 billion years.

But light can also be reflected directly from the Sun to the Earth with a solar sail placed next to the Earth. A reflective disk 19 times larger than Earth would be needed to achieve the orbital change over the one billion-year timescale, the researchers said.

Leveraging light could be key if we manage to build giant space structures or super-powered lasers in the future. They can also be used for space exploration.

Given the difficulty of moving Earth, it seems easier to colonize Mars, make it habitable, and move Earth’s population there over time.