There are developments that will excite retro game lovers for Contra, which was released in February 1987 by Konami, a Japanese game and entertainment company, and has managed to become one of the most memorable games in the gaming world over the years.

Game-focused German retailer NetGames has listed Contra products for PlayStation 4, Xbox One and Nintendo Switch on its website. It is currently unknown whether these products will be a remake, remaster or an add-on package. 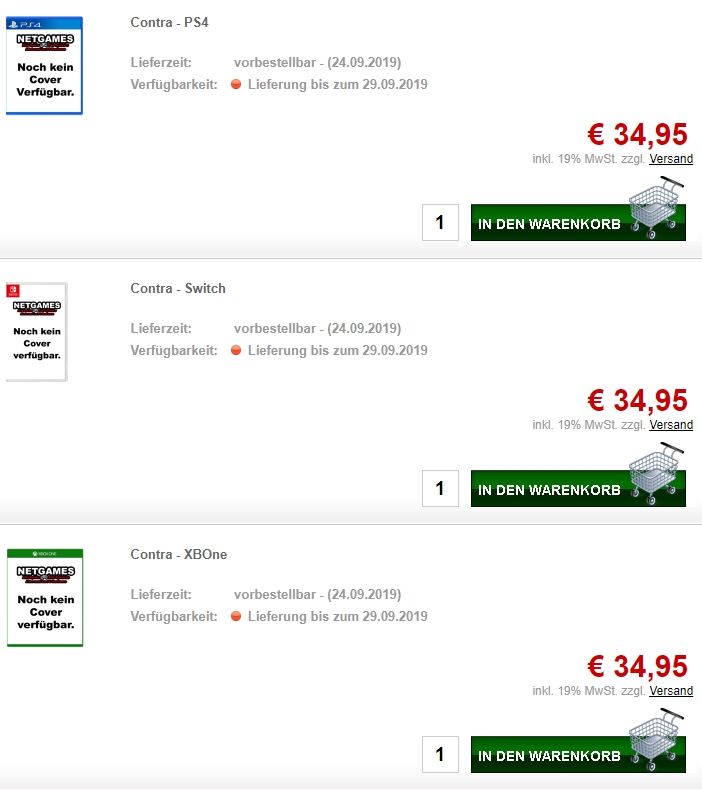 NetGames states the delivery date as September 24, 2019, and says that the games will be available on September 29, 2019. The price of the product for both PlayStation 4, Xbox One and Nintendo Switch is stated as 34.95 euros.

The last game in the Contra series was released for PlayStation 3 and Xbox 360 in 2011 under the name Hard Corps: Uprising. This game also had the distinction of being the first Contra game without Contra in its name.