LG introduced the G8 ThinQ and V50 ThinQ earlier this year. The company also launched the 5G model of the V50 ThinQ in February. Now we are faced with a new device in a patent file published by the company. 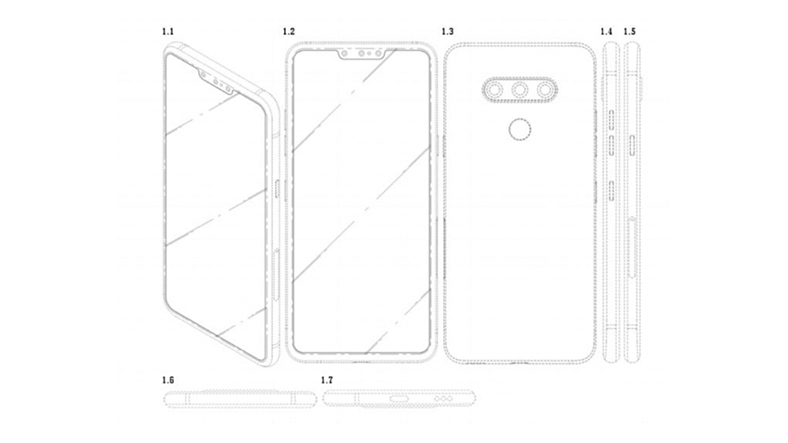 According to the image in the patent file, there are 3 cameras in the notch above the screen. Based on industry standards, the functions of these three cameras are expected to be wide angle, depth sensor and main camera. Thanks to the depth sensor, it is possible to shoot better selfies in portrait mode.

We see that the device has a ‘full screen’ design, except for the notch at the top of the screen. On the back, there are 3 cameras, similar to the front, and a fingerprint sensor on the bottom. On the side of the device, besides the volume keys, there is also a Google Assistant button.

According to the image, the device does not have a jack input, LG is expected to use its own Quad-DAC technology instead.