The ‘Your Phone’ application included with Windows 10 is getting more comprehensive. As it is known, in the current versions of Your Phone application, users could control the pictures and videos on their phones with Windows 10, easily copy them and reply to incoming messages. According to a report from sources close to Microsoft, a revolutionary innovation is coming to the Your Phone app. 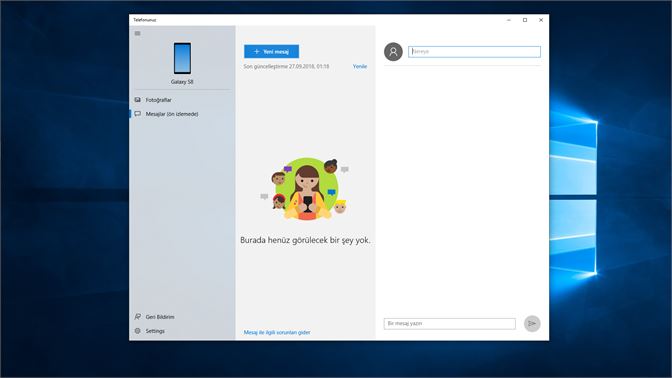 According to the report, with the update brought to the Your Phone application, you will be able to use your phone’s screen by mirroring it to your computer without using the tool. This revolutionary innovation means that you will no longer need emulators in the future. As it is known, many users were able to play especially mobile games using emulators. With the update to be brought by Microsoft, all applications on the phone can be used via the keyboard and mouse. Microsoft should not be content with just the screen mirroring feature, it has also increased its limited phone support for the time being. Support has arrived for many phones, including Samsung’s flagships. Microsoft has announced that it will bring more phone models in a few weeks. The current phone list supported by Your Phone app is as follows: