With the last security update on January 14, 2020, Microsoft is ending Windows 7. Continuing its support on Windows 7 for 10 years as planned, Microsoft will stop supporting Windows 7 with the end of the specified period. Even if users will continue to use Windows 7, they will be weak in terms of security. 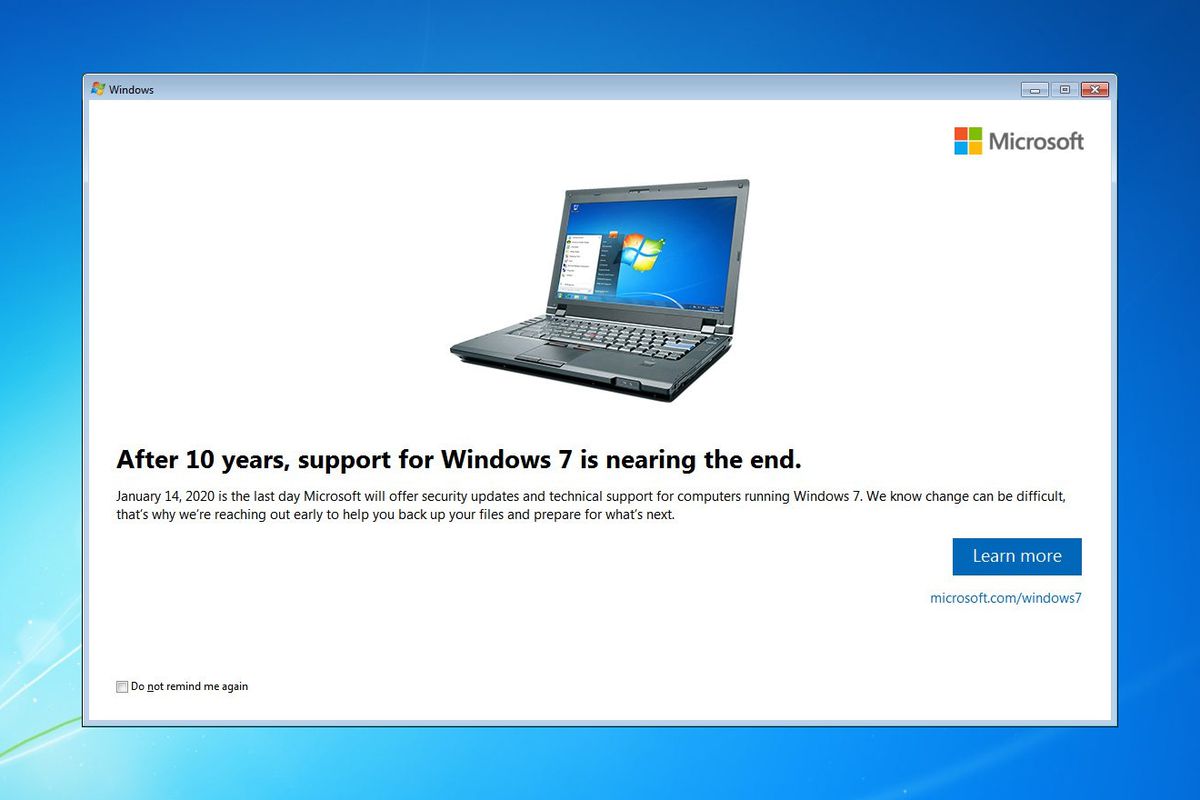 Windows 7 users nearing the end have recently started to see a new notification message after turning on their computers. In the notifications made by Microsoft, it was stated that the end of Windows 7 was reached. As for what users should do, Microsoft’s advice is not to install Windows 10 on the computers they currently set up, but to switch to new generation computers.

Notification screens sent by Microsoft for Windows 7 Home Premium and Windows 7 Ultimate for now can be hidden with a reminder option. When you go to the support page on the screen, it is stated that the security against malware and viruses will decrease after the latest update of the Windows 7 operating system.