About Technology
Home Other MSI Prepares Power Supplies with ATX 3.0 and PCIe 5.0 Support

We have mentioned all the details about Intel’s ATX 3.0 PSU standard in this article. Along with the new standard you will see new power connections known as “12VHPWR” or “PCIe 5.0”. These connectors will likely also be used by NVIDIA GeForce RTX 40 and AMD Radeon RX 7000 series graphics cards. 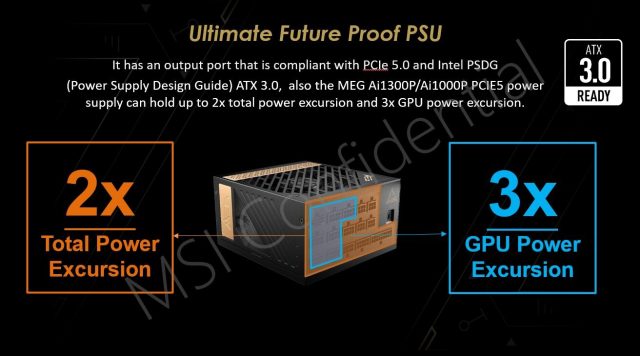 Power supplies ready for ATX 3.0 and PCI-Express Gen 5.0 connection will take their place in the market over time. According to the leaked slides, MSI is preparing to announce its high-end “intelligent” power supply series under the name MEG Ai P. These PSUs will come ATX 3.0 ready, including PCI-Express 16-pin 12VHPWR connectors that can deliver 600W of power. Two models stand out in the product line for now: Ai1300P (1300W) and Ai1000P (1000W). 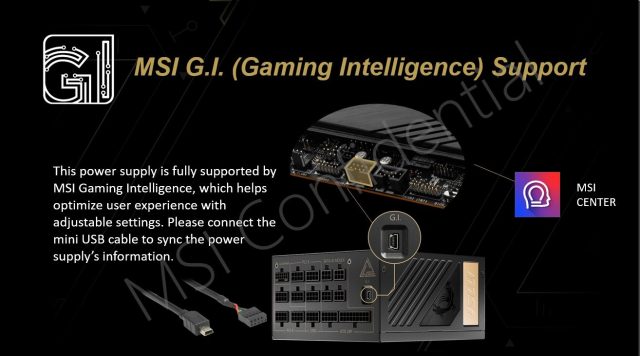 According to the manufacturer, the MEG Ai1300/1000P will be fully compatible with high-performance graphics cards of the future. Compliant with ATX 3.0 standards, power supplies are capable of handling power spikes (spikes in load) from GPUs that vary in the range of 1 to 10 milliseconds. On some older GPUs, these deviations have been known to trigger overload protection and cause the system to shut down. MSI MEG Ai P-series can handle deviations up to 2 times the PSU capacity. For example 2600W for the 1300W model and 3 times the 16 pin connector (ie 1800W). 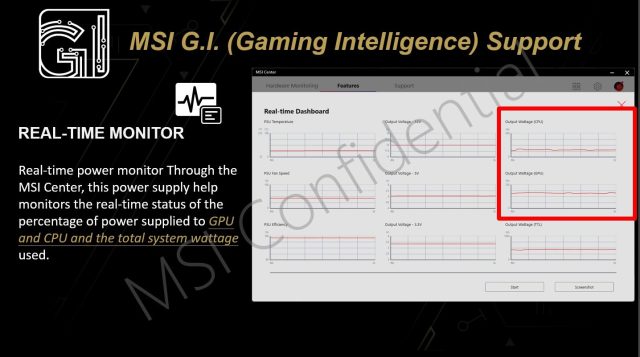 The MSI MEG Ai P series has another interesting feature. Players will be able to examine in detail the various electrical and thermal parameters of the PSU using the Gamer Intelligence application. The application can calculate the load on various voltage lines, real-time switching efficiency, fan speed, etc. will allow you to watch.