Home Cinema Netflix Productions to be Released in Turkey in May

Netflix, which has released the second season of the first Turkish series, Hakan: The Guardian, as of April 26, is here with a full program in May. This month, the platform, which does not compromise on its original productions, is making a comeback with long-awaited series such as Lucifer.

It is possible to see previously released trailers of many productions in the list.

Have a good day everyone in advance.

Lucifer is among the most popular productions of modern fantasy stories. Although Netflix has finished the Marvel series due to the steps taken by Disney, productions such as Lucifer continue from where they left off.

May 10: The Society, first season

A British TV series, Society is about the sudden disappearance of people in a wealthy town. The new original Netflix series of drama and thriller focuses on a group of teenagers trying to survive.

In this Danish original Netflix series, the aftermath of the virus that wiped out a large part of the world’s population We watch people struggle. In the second season, the survival adventure of Simone and Rasmus will continue.

A newlywed couple struggling financially, from a mysterious and extremely wealthy woman large amount of donations are offered. The demand of the woman in return for this donation is extremely surprising.

Season 2 of Good Girls, an NBC series, is also airing on Netflix. We continue to follow the increasingly unfortunate adventures of a group of criminal girlfriends who cause unexpected trouble.

The story of serial killer Ted Bundy, whose documentary was previously published by Netflix, appears in this strangely named movie. Ted Bundy, one of the most notorious serial killers in history, who confessed to committing more than 30 murders between 1974-78, could not have been found a more suitable movie name.

Four sisters learn a mind-blowing family secret soon after losing their mother. This secret causes them to embark on a journey to uncover their own pedigree.

The comedy genre Winw Country is about two longtime friends going to NAPA for a weekend break. . Here, a series of funny incidents happen to women who come to another friend’s birthday.

May 17: See You Yesterday

Spike Lee’s producer is the film, two geniuses go back to the past and prevent a great tragedy. focuses on the adventure of developing the time machine. 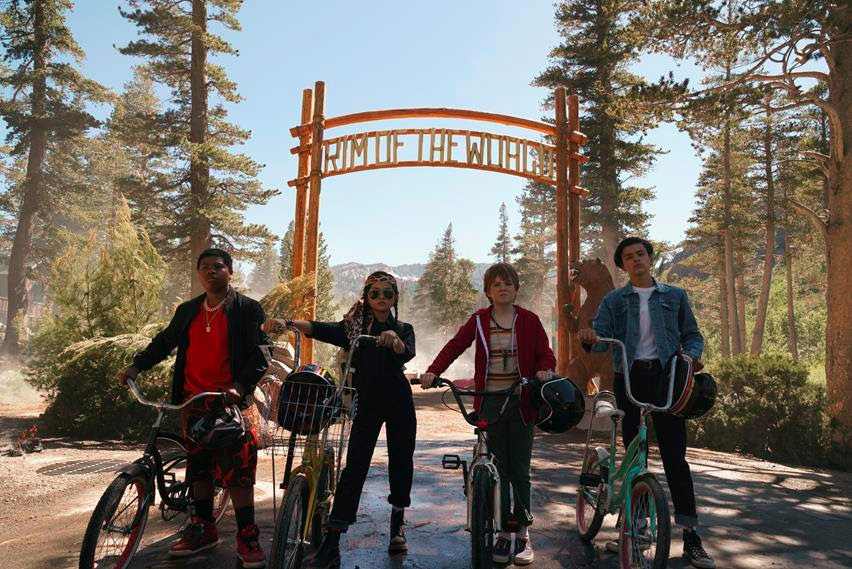 Almost all of the popular Netflix productions are followed by Rim of There are 4 young people in the World. You’re not surprised, are you? Now hang tight: they’re all going to a summer camp together. Not enough? They go through such things in this camp that they have to face their fears. Does it increase? There is: They take on the responsibility of saving the world with the courage they take. Definitely(!) an extraordinary production.

Netflix will also release 5 documentary films and other foreign productions during May: