Live streaming platforms have become a big part of the gaming world over the past few years. Broadcast control platform Stream Elements and business platform Stream Hatchet came together to create data on broadcast fluctuations in Q1 2019.

The king of Twitch is not Richard ‘Ninja’ Bevins, even if it’s monthly. The current crown holder of Twitch is streamer Michael ‘Shroud’ Grzesiek. Shroud is followed by Jaryd ‘Summit1g’ Lazar with 10 million monthly views. 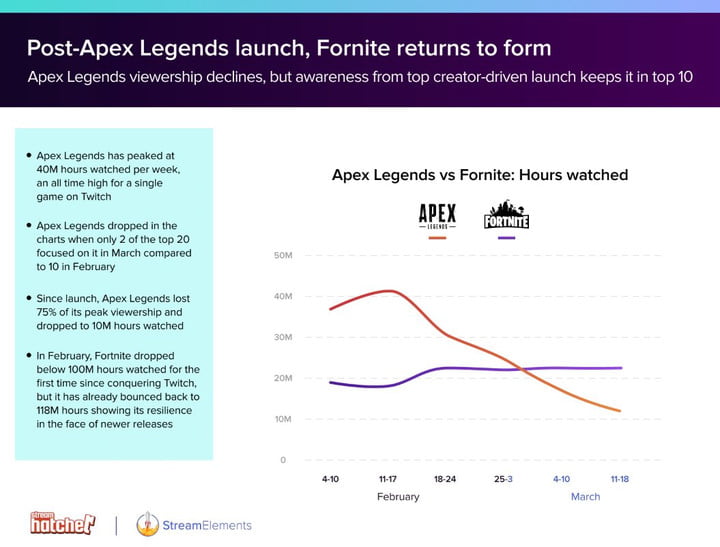 If you’re wondering who is the king of games rather than publishers, Fortnite still reigns supreme. Although his throne was shaken with the release of Apex Legends, Fortnite was watched 100 million hours in February. In other words, the explosion of Apex Legends was instantaneous, while Fortnite continued at constant viewership.