Market research and analysis team Gartner has released a gloomy set of predictions about the fate of the PC industry in 2022. Generally speaking, it is emphasized that PC shipments will decrease by 9.5% at the end of the year. Similar to the report recently published by IDC, Gartner also talks about similar troubles for the PC industry: inflation, war and supply chain disruptions.

Gartner has provided different detailed information by dividing its forecasts by market segment and geography. “Consumer PC demand is declining at rates that could reach 13.1% in 2022,” says senior analyst Ranjit Atwal. As for the corporate side, “demand for PCs used for business purposes is expected to drop by 7.2%”. 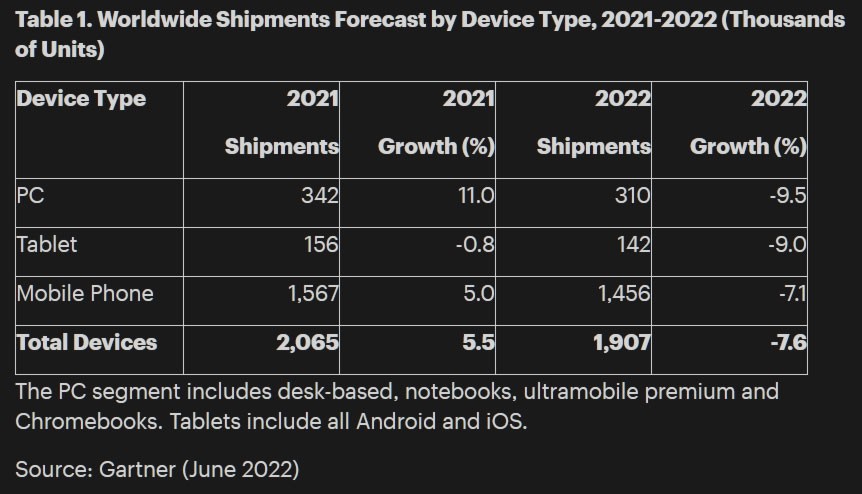 The report also sees that the EMEA region (Europe, Middle East and Africa) will experience a record decline in consumer PC demand by 2022. Consumer confidence was hit hard in these regions due to its proximity to Russia and Ukraine. In this respect, it was also stated that local currency units were adversely affected. As a result, products that depend heavily on imports, such as PCs, are more expensive.

Similar effects are expected in the tablet and smartphone market, alongside the projected 9.5% decline in PC shipments for 2022. However, it should be noted that smartphone sales will be affected less by 7%.