A photograph taken by Turkish astronomy photographer Betül Türksoy was chosen as the photo of the day by NASA. This photo, which displays both the Moon and Jupiter and their moons in a single frame, has been archived as NASA’s ‘Astronomy Photo of the Day’. Here is that photo taken by Betül Türksoy; 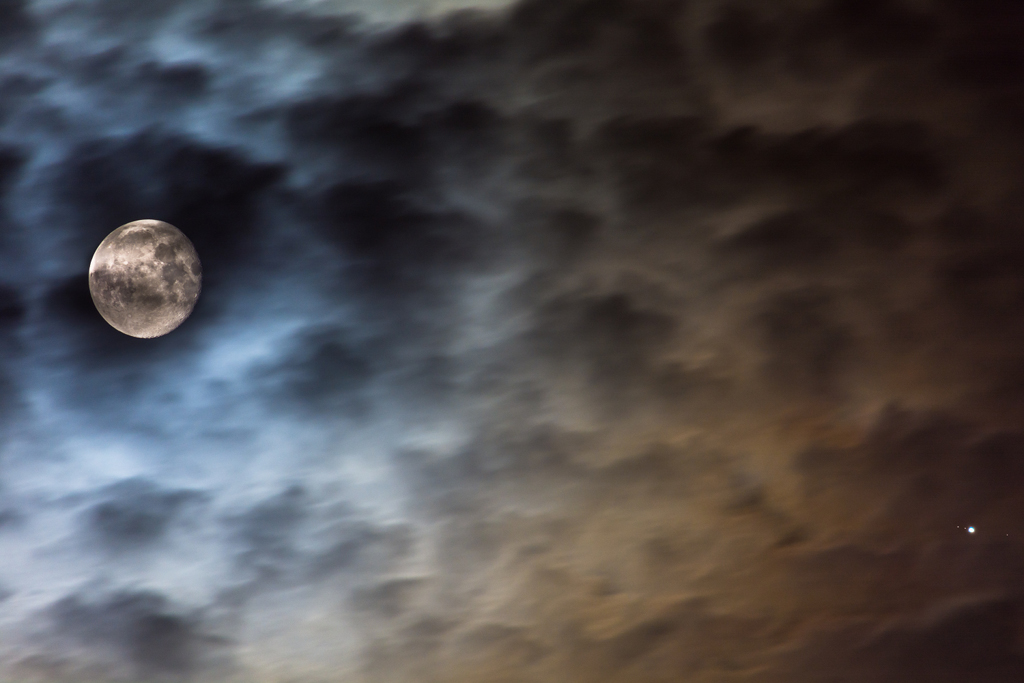 Türksoy stated that his interest in space sciences started when he was still a high school student, adding that he loved watching meteor showers in the 90s and that he watched the Hale-Bopp comet in 1997. Türksoy, who is an architect now but also develops himself in different fields and has many hobbies, said that his wife bought him this camera and that he took thousands of photos with his camera. Stating that his area of ​​interest is the Moon, Türksoy said that he planned the date before shooting and arranged his life accordingly.

As for this photograph taken by Türksoy; The right side of the photo is of greater importance than the Moon on the left. Jupiter’s bright dot on the right, and small dots around it, can be seen as Jupiter’s moons Ganymede, Callisto and Europa. In the statements made by NASA about this photo, it was emphasized that the Moon looks big, and it was stated that Jupiter and its moons on the right side of the photo are much larger than the Moon, only Europa is a little smaller than the Moon.

If you want to access the photograph taken by Betül Türksoy through the NASA archive, you can click here.