We return to the hot 19 August day of 1980. Flight 163 of the airline Saudia; It was to be carried out from Karachi, Pakistan, to Jeddah, Saudi Arabia, by connecting.

The plane that arrived at Riyadh International Airport (now Riyadh Air Base), where it will transfer from Pakistan without any problems, was the Lockheed L-1011-200 TriStar model. During the transfer, it was pulled over to fill the fuel tanks. 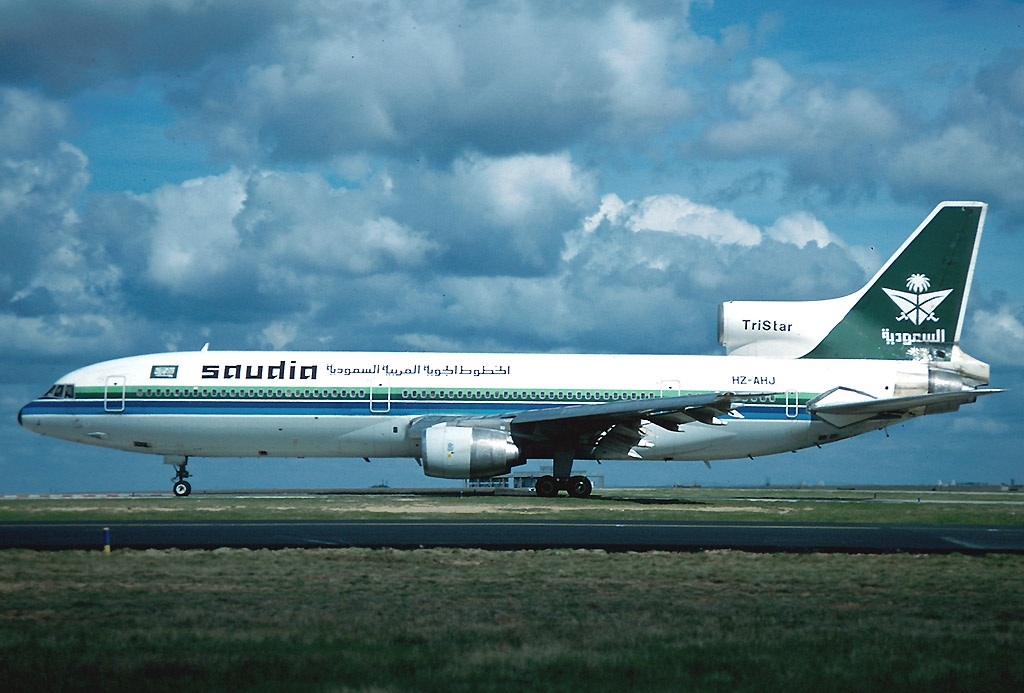 After the 2-hour refueling process, all passengers, including the new ones, were taken back to the cabin, except for the passengers who got off in Riyadh. Saudia 163 took off at the runway and took off (21.08) after the final checks. After 7 minutes of flight time, some alarm sounds started to rise in the cockpit. 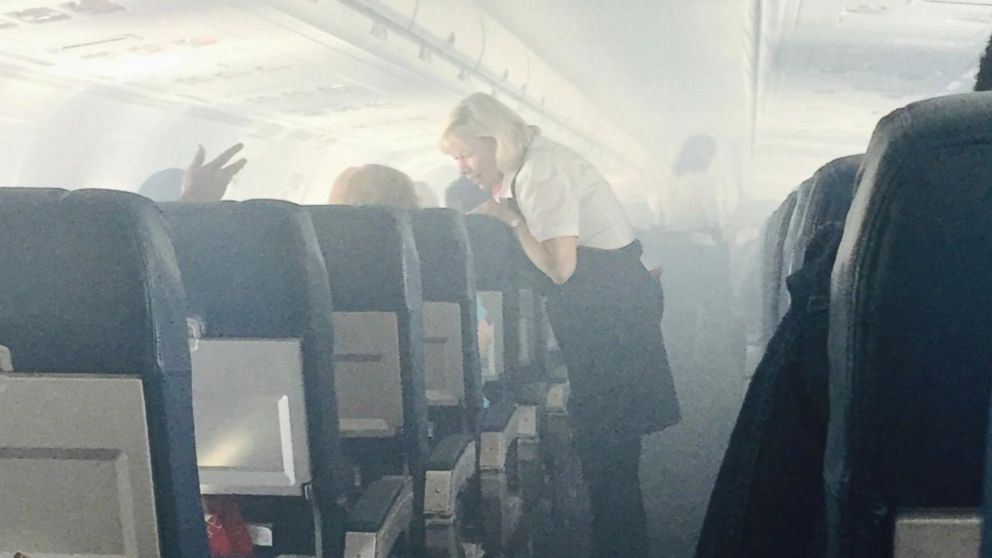 After 4 long minutes to understand that the alarms were not caused by an error, Flight Engineer Bradley Curtis, who was in the cockpit crew, moved to the cabin to confirm the smoke, as indicated by the alarms that have been echoing in the cockpit for a while.

After the presence of smoke was confirmed, Captain Mohammed Ali Khowyter made the decision to return to the Riyadh airport from which they had taken off. Co-Pilot Sami Abdullah M. Hasanain, on the other hand, radioed the landing request to the tower (21.20).

The fire broke out but could be finalized…

Another problem awaited the plane, which narrowly reached land:

After the successful landing, the plane started to taxi, left the runway and stopped at a suitable place. However, the stop of the plane took place exactly 2 minutes and 40 seconds after landing (21.39). The airport’s firefighters were stationed at the beginning of the runway. They planned to stop the plane as soon as possible after landing on the runway and perform an emergency evacuation.

Fire crews followed the taxiing plane with all their might. The pilots reported to the tower that they had shut down both engines. When the rescue unit reached the plane, it was noticed that the engines were still running. Due to the running engines, the rescue team could not open the doors of the plane.

After the engines stopped completely (21.42) as a result of long efforts (3 minutes and 15 seconds after the aircraft stopped), communication with the pilots was also lost. While no fire spread out of the plane, flames began to appear on the rearmost windows of the passenger cabin. 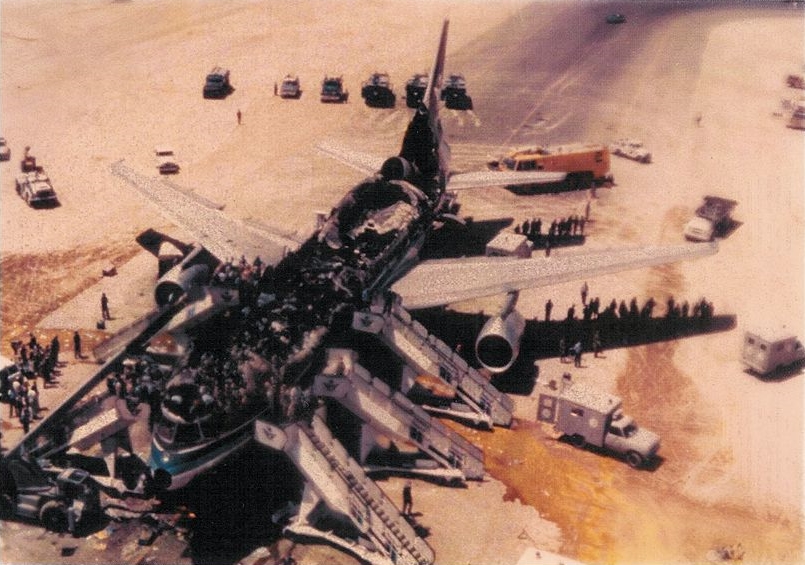 Only 23 minutes after the engines stopped, the right front door of the plane could be opened by the ground crew. In the next 3 minutes, HZ-AHK turned into a ball of fire and burned completely. 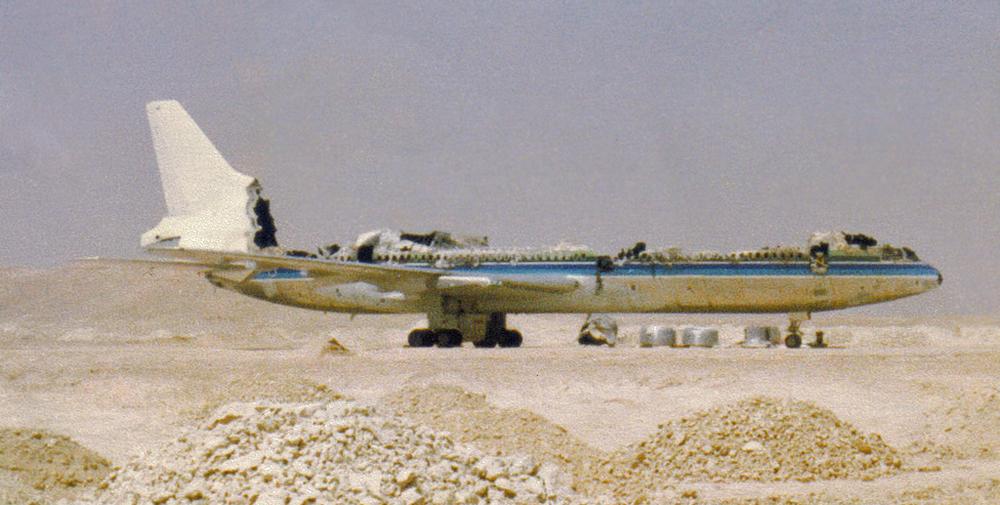 It was noted that the doors could not be opened because the pressure was not equalized, the majority of the passengers came towards the front of the plane, and the pilots and cabin crew died in their seats, where they were assigned. In Saudia flight 163 accident, a total of 301 people died, including 287 passengers and 14 flight crew. 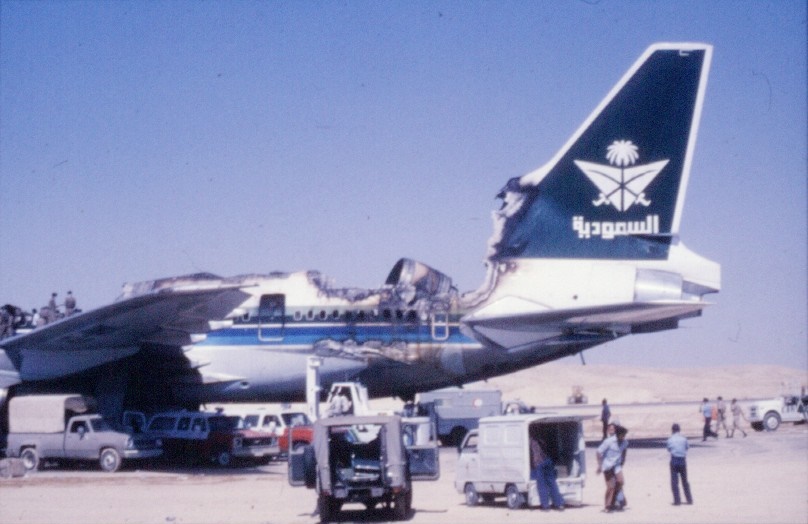 It was concluded that the smoke was caused by a fire in the cargo hold. When the cockpit recordings were listened to, it was determined that Captain Pilot Khowyter spent a lot of time to understand the problem and accordingly he was a slow learner. Only 11 days ago the Co-Pilot started using the Lockheed L-1011-200 TriStar revealed that he had little knowledge of the aircraft.

As a result of the investigations, it was reported that almost everyone in the passenger cabin lost consciousness due to smoke during the descent. It was also found that the pressurization valves were supposed to be open during landing to depressurize the aircraft, but were completely closed. 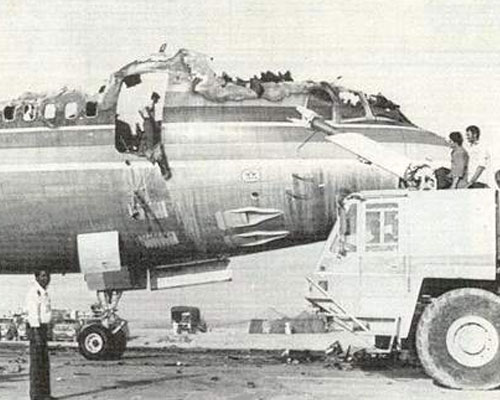 The fact that the majority of the passengers were Saudi Arabian (154) and Pakistani (85) people who went to Mecca due to the Eid al-Fitr was one of the aspects that made this accident even more sad. It was also recorded that there were 32 pilgrims from Iran among the passengers.

What is Lockheed doing now? 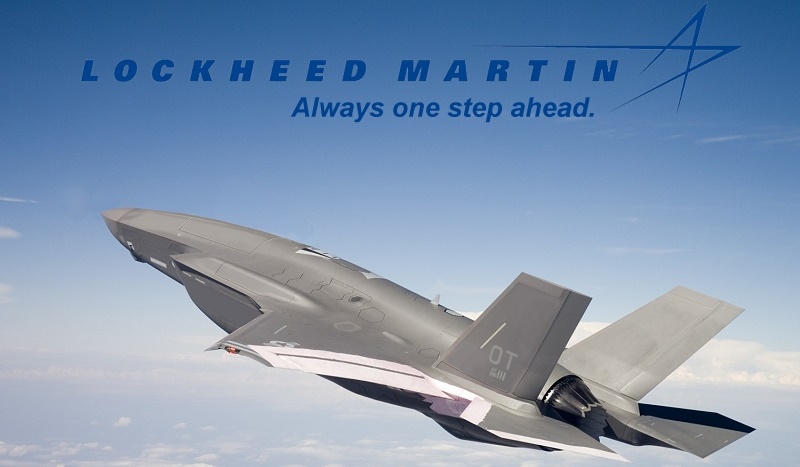 Continuing on its way as Lockheed Martin, the Maryland, United States-based company, with 140,000 employees in 56 countries; continues to work effectively in the defense, aviation, security and advanced technology sectors. After the accident, he also examined the aircraft and made improvements accordingly in his next models.