Last week, high-resolution photos of the Porsche Taycan were leaked. In the photos that came out, Taycan was almost completely stripped of its camouflage and was very similar in style to the Mission E concept. 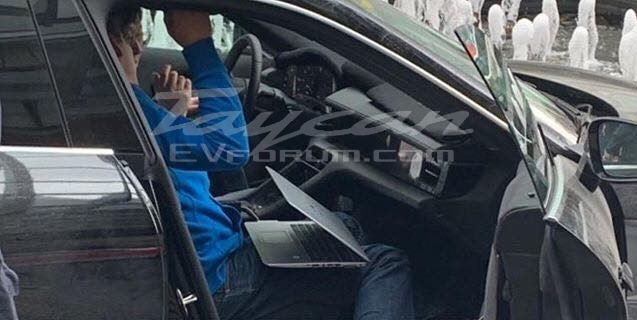 The interior design of the Stuttgard-based automaker’s new car Taycan has also leaked. The leaked photo from Taycan Forum shows the fully electronic Porsche cabin. The design here is also very similar to the Mission E concept, which first appeared three years ago.

The resemblance first begins in the design of the cockpit, this section is seen covered horizontally by a digital display. The touchscreen control panel is also positioned in the middle of the console. The difference with the Mission E lies in the color choices. While black colors were dominant here, lighter colors were in the foreground in Mission E.

On top of all this, the passenger seat appears to have multiple electrical adjustment options, a move that was highly anticipated from a luxury brand like Porsche. The 2020 Taycan will debut in September this year. In the first production year of the vehicle, the target is 20,000 units.