The Chernobyl Disaster occurred on April 26, 1986 in the Ukrainian city of Chernobyl. The cause of this disaster was the explosion of the core during the emergency shutdown of the reactor after the power outage experiment. This disaster, which was recorded as the biggest nuclear accident ever, received the highest score of 7 according to the International Nuclear Incident Scale.

Although 31 people died during the accident, the long-term consequences are estimated to be much more severe due to the spread of radiation over a much larger area. The cost of the disaster is estimated at 18 billion rubles. According to the UNSCEAR report, it was confirmed that 64 out of 4000 people who were exposed to high doses of radiation from the accident until 2008 died as a result of radiation.

The damage caused by this accident was not limited to the time period it occurred. One of the most famous items formed during the nuclear accident was The Elephant’s Foot. The substance, which is still potentially catastrophic today, is quite dangerous for human health. 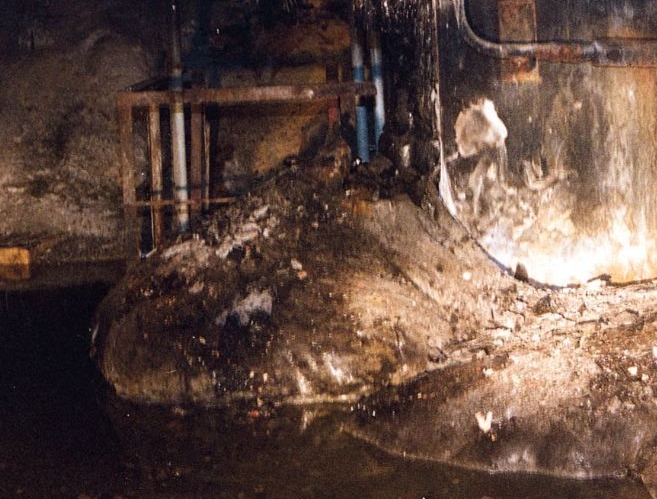 The name The Elephant’s Foot is the reason why this waste, which consists of radioactive wastes and materials that melt due to heat, produced by the explosion at the fourth reactor of the nuclear power station, is because it only looks like an elephant’s foot.

Even being near this substance, which has a strange name and is quite dangerous, is quite dangerous for human health. This waste, which creates a feeling of dizziness and fatigue when you are with it for only half a minute, causes internal bleeding if you wait for 2 minutes. When you are exposed for 5 minutes or more, it kills within a few days.

The biggest danger with Elephant’s Foot is that it will damage the reactor’s foundation. There are water channels under the reactor and the contact of this radioactive material with water can cause new and very big disasters. Although the reactor is closed and the radiation emitted to the environment is tried to be reduced at the moment, it is quite possible that humanity will experience another nuclear disaster.