Nvidia has strengthened its hardware partnerships as a result of AMD’s partnership with Google Stadia. There are 17 different laptops that support Studio, the company’s new platform. Razer is one of the manufacturers of this computer, which is expected to appeal to users in many classes from business to gaming.

Razer’s laptop series Blade, which has been very popular with gamers in recent years, has joined two new members. These new members will be released with Nvidia’s latest hardware and software support.

Razer 15 and Razer 17 Studio versions have Nvidia Quadro class milk-level image processors. The Razer-designed bodies that hide this high performance are made of special aluminum alloy cases from CNC machines.

Razer Blade 15 Studio Edition has a UHD OLED touchscreen. The device has 32GB of RAM and 1TB of NVMe storage. The central processor of the 15-inch model is the Intel Core i7-9750H with 6 cores, 12 work units and frequencies between 2.6 and 4.5 GHz. Of course, besides these, there are Nvidia Quadro RTX 5000, Studio software as GPU. Studio software will work to improve the performance of Adobe products and software such as Cinema 4D. 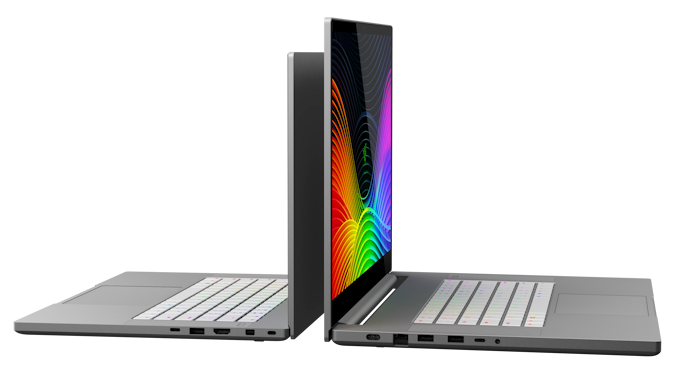 The Razer Blade 17 Studio Edition is the previous version with a 17-inch screen. The computer, unlike the previous version, has a UHD 120 Hz panel. Powered by an octa-core, 16-thread, Intel Core i9-9880H with a frequency range of 2.3 to 4.8 GHz, the computer does not make any difference in terms of GPU.

The new computers introduced by Razer will be released after 2019.