Red Dead Online players, who have entered the game since yesterday, discovered an interesting and terrible event. At the entrance to towns like Valentine’s, they encountered piles of burnt horses. The players who encountered these dead horses were very surprised. The incident is caused by a newly discovered replication vulnerability. 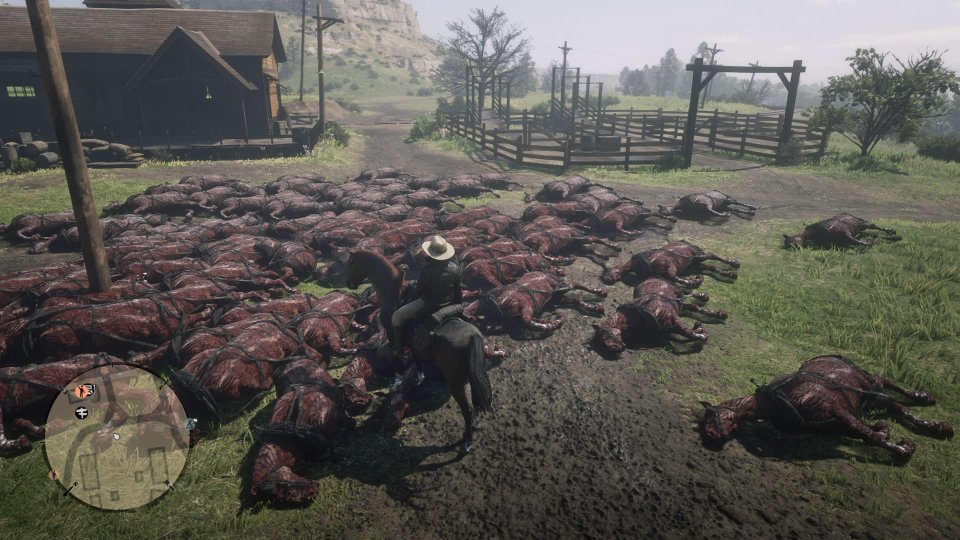 The first reports of this bug from players started coming on Saturday night. During this time, players shared photos of dead horse piles on Reddit and Twitter platforms. Some players reported this vulnerability to Rockstar’s Twitter support account.

“While I was playing the game tonight, I came across a lot of dead horses on Valentine as you can see in the photo. I entered a new lobby and still the same problem. No other animals are born except dead horses.”

The issue is also being reported by some Xbox One users as it was reported on PS4.

These horses make a pretty scary sight, but that’s not the only problem. Having a large number of horses reduces performance. It is not known how much of these performance problems are caused by the horses, but we can say that Red Dead Online is currently running unstable.