Samsung closely follows the developments between China and the USA. The company decided to make an initiative that includes Huawei devices without wasting time.

As it is known, Huawei devices may experience complex problems in the future. Aware of this situation, Samsung has released a swap list that includes different brands, including Huawei. The devices in this list allow you to buy any phone from the Samsung Galaxy S10 series at a discount. Let me remind you that this swap list is valid for Singapore. 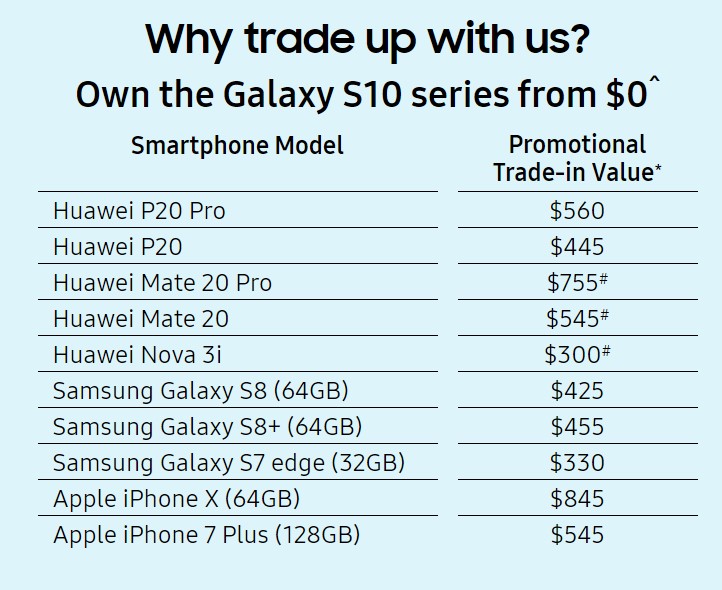 Since the US government added Huawei to the list of companies that pose a national security threat, many companies have cut off relations with the Chinese manufacturer. The brand lost its Android operating system license, lost hope for future Kirin chipsets, and was recently fired from the Wi-Fi Alliance. According to PriceSpy reports, Huawei clicks have fallen by half in the UK, and global clicks by 26%.