The space shuttle Cygnus was launched from NASA’s Wallops Flight Facility in Virginia at 11:46 PM on April 17 for a resupply mission. About an hour later, the shuttle was captured by NASA’s Anne McClain and Canadian Space Agency’s David Saint-Jacques using the station’s robotic arm and docked with the station’s Unification module. 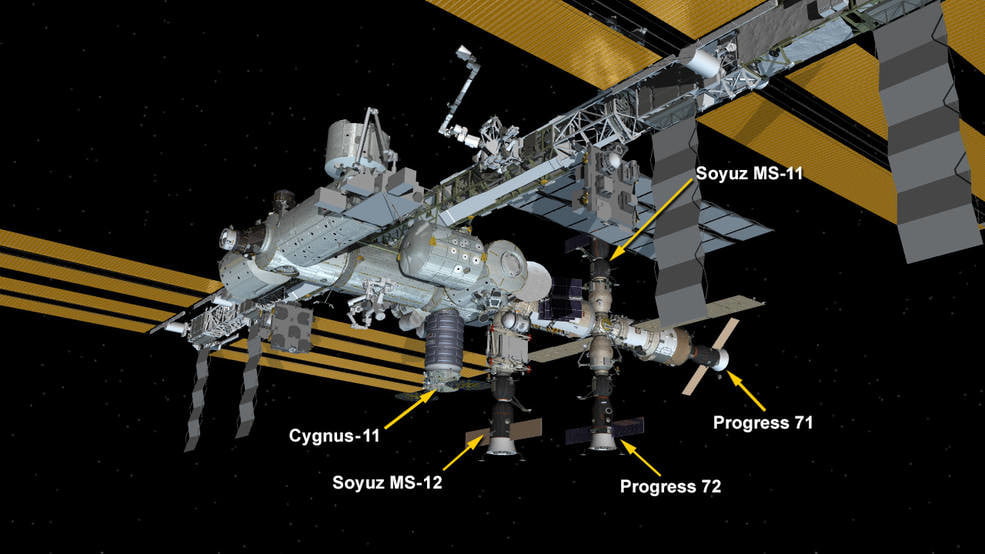 The space shuttle will remain attached to the station until July 23. The station crew, on the other hand, will take in about 3.5 tons of research equipment carried by the shuttle. The equipment will be used for various science projects related to NASA’s research into future Moon and Mars missions.

To give an example for a scientific equipment on the International Space Station, we can say the materials used to measure the behavior of gels in the non-gravity environment. These can provide useful information for growing food and the like on Earth or in space.

Another set of equipment will expand the capacity of cellular and molecular biology experiments on the station. With the Bio-Analyzer, astronauts will be able to test bodily fluids with just a few drops of blood and saliva. This long process, in which samples must be frozen before, will be able to show information such as blood cell counts in just a few hours.

Other equipment will be used to test the effect of space on aging. In particular, we will look at how weightlessness affects the aging of blood vessels and the heart. This is important for astronauts’ long-term health and for developing ways to look at vascular aging on Earth in greater detail. Also, time in space is known to affect the immune system. So an animal experiment that will test the effect of spaceflight on the immune systems of lab rats will offer more information on this.

Finally, a trio of tiny robots named Astrobee will be tested in helping the team. Robots move using electric fans and find direction with sensors. They can also hold onto railings, hold items in space, and even work on their own.

All of this equipment will enable much more research aboard the International Space Station in the months and years to come.