Space competition was the determinant of interstate polarization during the cold war years. The USA, the representative of capitalism, and the USSR, which has adopted a socialist system, is the opposite. They both competed relentlessly to reach first out of the atmosphere and then to the Moon. The struggle of humanity to gain independence from the earth was actually a matter of interstate power.

Over time, they realized that such a contention would not yield good results. When they reconciled and decided to work together, the International Space Station was born.

The station has been orbiting the Earth 12 times a day for 21 years, since 1998. The technologies that have developed on earth during this time prove that more is possible now.

For example, to reach the Moon again, to set up a station there. Traveling through this station to Mars, the planet closest to us and most similar to us. Moreover, to be able to reuse the rockets used in this journey… To make humanity an interplanetary race.

Today, two US private companies SpaceX and Blue Origin are competing to achieve these goals, not states. Today, we take a close look at the modern space competition and watch the trailer of the history that will be written 5 years from now.

Elon Musk, SpaceX and his plans: 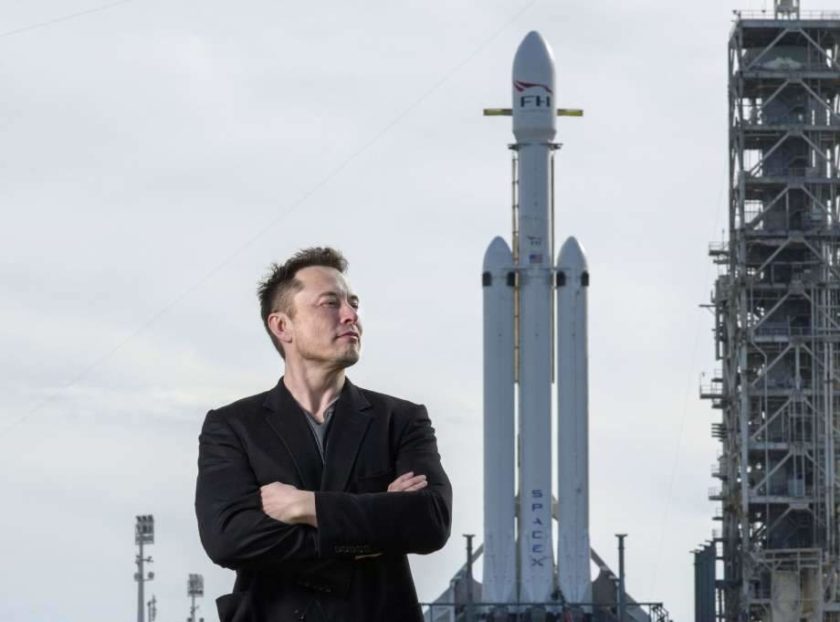 Elon Musk, who grew up in South Africa and did his best to raise himself, perhaps became a name we know more when he came to Turkey. He had developed a computer game at the age of 11 and founded PayPal, the world’s first online money transfer service, in his 20s. Musk, who became a millionaire when he bought PayPal, did not enjoy it by buying a quiet farm with millions in hand.

He founded a space company called SpaceX in 2002, and bought Tesla, a small automotive company, in 2008. SpaceX had a structure that had been tried many times until that day. It was a simple private space company. In Musk’s vision, there was Mars. He worked to recruit the best engineers in the world. He explained the plans in his head. He convinced those around him and his plans.

States needed to send satellites into space. They spent billions of dollars at a time to meet these needs. Once launched, the rockets were completely inactive. SpaceX’s first goal was systems to reduce costs.

Dozens of failed attempts were made:

Finally, the final version has been reached. The cost of launching a rocket into space has been reduced by more than 50% thanks to the Falcon 9:

In fact, on February 6, 2018, the Falcon Heavy rocket, consisting of 3 Falcon 9 detonators side-by-side, sent a Tesla car with an astronaut dummy into space:

1 year after this test… Falcon Heavy successfully sent a payload into space for the first time:

The SpaceX rocket, which we haven’t seen in the sky yet, is this 118-meter-long, monolithic giant named Starship:

Starship is SpaceX’s single-hull beast with a capacity for up to 100 passengers and a large amount of cargo. It is also planned to be used for air travel around the world. Since the rocket will travel from orbit, it will reduce the longest airway distance from 14 hours to 30 minutes. Of course, its main purpose is not to be used on Earth, but between Earth-Moon and Moon-Mars. We will return to this subject in a moment.

We’ve seen how SpaceX raises the bar as one of the most influential space companies in history. The company created a new industry. Competition started with the entry of the names who do not have any problems with money anymore. Jeff Bezos, the founder of Amazon and the richest person in the world, was one of them. 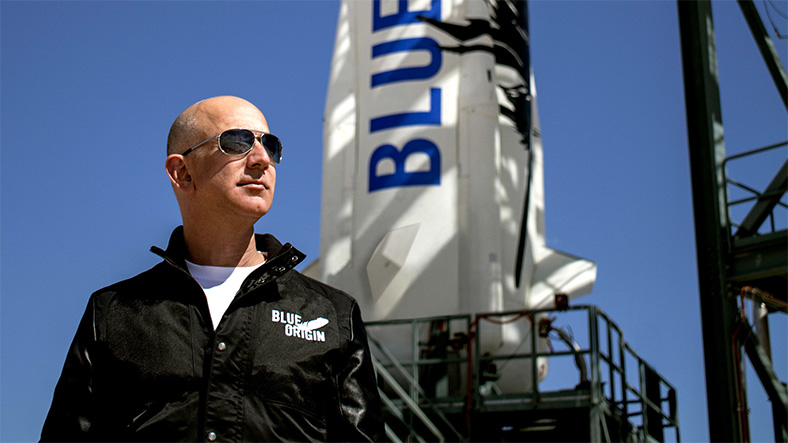 Most people think of SpaceX as an older company than Blue Origin because of its success. Indeed, the situation is very different. Jeff Bezos, who founded Amazon.com in 1994 to sell books on the internet and created a giant industry called e-commerce, found a new area to evaluate his million dollars only 6 years later.

Bezos wasn’t the richest person in the world back then. But what he envisioned with Blue Origin was more than money. It was established to develop flight systems that would make space and air travel cheaper. He made numerous partnerships and received many investments. After a while, when it became clear that the main thing was to make money, it was too late. Meanwhile, SpaceX became the leader of an empty market and started to deliver space cargo to states and companies.

Blue Origin may have been overshadowed by SpaceX, but it also had rockets called New Shepard:

SpaceX’s Falcon 9 rocket, with a total length of 70 meters without the Dragon capsule on its tip, was a first and was successful. New Shepard was only 18 meters.

But Blue Origin also had other big guns in its hands. Like the 82-metre-long New Glenn rocket:

New Glenn is a giant rocket that was first shared with the world public in 2016 and has been studied since 2012. It does not have a modular system like Falcon Heavy. But we still haven’t seen it in the sky. Blue Origin continues to work behind closed doors.

SpaceX’s plans for the Moon:

For years, SpaceX has been aiming to use our satellite, the Moon, as a station for distant space travel. For this reason, sending 5-6 astronauts into space is not enough. The company’s goal is to send humans to the Moon with a 118-metre, reusable rocket called Starship. The year marked on the calendar by the company that wants to build this base on the Moon is 2024.

The first manned test flight of the Starship rocket will be made in late 2023 or early 2024 with the dearMoon project. Japanese businessman Yusaku Maezawa and 8 artists from 8 different branches will be on this journey. Maezawa had personally bought all the tickets from SpaceX and expressed his excitement for this project. Probably before this manned test, we will witness another historical moment when the Starship was launched unmanned.

On the other side of the coin, Blue Origin has plans. The company, which plans to establish a research center on the lunar surface, seems a little more realistic compared to what SpaceX says. The aim of Blue Moon is to establish a research center that can stay on the Moon permanently and turn it into a laboratory. “We have to go back to the moon and not leave this time,” Bezos says. The year marked by Blue Origin on the calendar is 2024.

Blue Moon will be able to take cargo, humans and laboratories to the lunar surface. 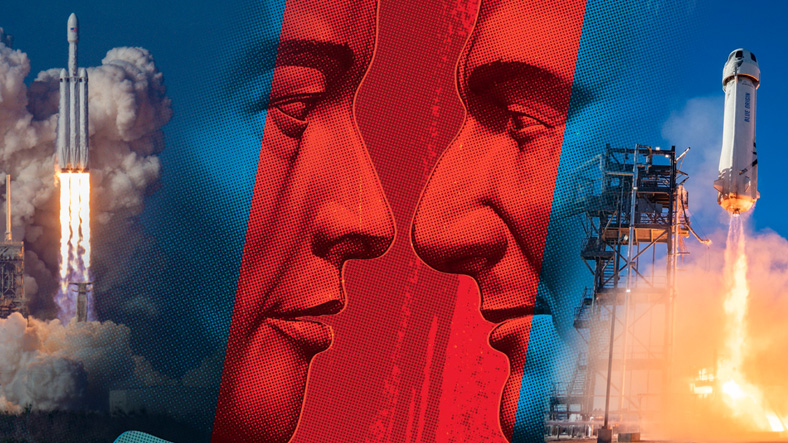 If everything we mentioned above goes well, we will experience one of the biggest leaps of the space age in 2024. Big investments are being made to ensure that everything goes smoothly and that both Starship and Blue Origin meet on the Moon.

The last time a human was sent to the Moon was 47 years ago. Probably most people who witnessed this in those years expected to see what we’re talking about for 2024 sooner. As a matter of fact, it did not happen, and the next generations will witness these great historical achievements. Some of them will not only be witnesses, but will be among those who wrote about that success.

So, where would you be in such a history?