In a news we shared with you a few months ago, Ford of OtosanFord will buy Romania we talked about . Today, it was announced that there was a new development regarding this event. In the official statement, the agreement regarding the purchase of all Ford Romania shares by Ford Otosan Netherlands prerequisites are metannounced.

According to the statements made by Ford Otosan, one of the issues included in the preconditions is regarding the purchase. Payment of the first installment of 406 million euros . This is where the payment is made and thus the first stage of the purchase. completedexpressed.

The factory will produce 272,000 units annually! 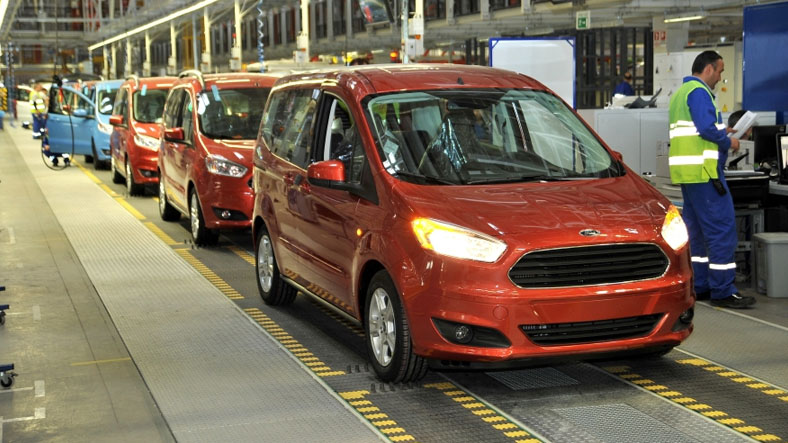 In the statement made to the Public Disclosure Platform (KAP), the annual plant in Romania 272 thousand units It was stated that automobile production will be made. About 100,000 of the annual production will be the next generation Courier. The same factory will also produce up to 189,000 Pumas annually. Ford Otosan, in order to complete the agreement, until 2028, including interest. 625 to 765 million euroswill pay.

Ford Otosan’s statement on KAP is as follows:

Following our announcement dated 4.03.22022, the prerequisites specified in the Share Purchase Agreement regarding the purchase of all Ford Romania shares by Ford Otosan Netherlands BV have been completed.

The first installment of the purchase price has been calculated as 406 million Euros, after adjusting the net working capital, net debt and investment amount for the New Generation Courier project, based on the estimated financial statements dated 30.06.2022, and the amounts finalized after the reconciliation of the financial statements dated 30.06.2022 to be realized until the end of the year. Final price adjustment will be made accordingly.

In this context, the transfer process was completed with the payment of the first installment of 406 million Euros by Ford Otosan Netherlands BV using the emission premium payment made to Ford Otosan Netherlands BV. In addition, in line with the decision taken with the approval of all the members of the board of directors, in addition to the Production and Supply and Spare Parts Supply agreements with Ford Romania SRL, Ford Motor Company and related Ford Group companies for Courier, Puma and EcoSport models and engines, as well as Technology related to the products in question. and Production License Agreements were signed. Within the scope of these agreements, Craiova Factory’s vehicle production capacity will increase to a total of 272 thousand units per year. The engine production capacity was determined as 350 thousand units. In addition, within the scope of supply agreements, it is foreseen that 490 million Euros of investment and engineering expenditure will be made in the next three years for the production of the Next Generation Courier, which will start in 2023.

Pursuant to the Capital Markets Board’s II.17-1 Corporate Governance Communiqué (“Communiqué”), the ratio of the amount of common and continuous transactions to be realized within the scope of the said contracts within an accounting period to the annual revenue amount in sales transactions is more than 10%. Since it is predicted that the rate will reach this ratio, information about the report prepared in accordance with the Communiqué on the terms of transactions and their comparison with market conditions will be disclosed separately.