The formula you see here is almost 2 centuries old, but today we have some useful technology thanks to it. We reach the music we want in seconds, and we can instantly share the image we want on social media.

You’re looking for answers to how all this has to do with mathematics, we know. For this, we get on the time machine in our consciousness and open our eyes to the year 1822 in a library in France. A newly published book on the shelves called ‘The Analytical Theory of Heat’ draws our attention. Turning its pages, we see the same formula before us again.

We are looking at the author of the book: Baron Jean-Baptiste-Joseph Fourier

He suffered a great blow when he lost his parents at the age of 9, and with the education he received in military school, he received a great blow to his mathematical genius. revealed. Fourier was the mathematician who came up with the above formula. But he was unaware of how what he was doing would change the lives of people in the future.

Fourier’s work exceeded the limits of mathematics and seriously shaped engineering and technology.

So what was this genius actually after?

Fourier was originally interested in how heat is transmitted. His curiosity was how fast and how this strange energy moves through matter. He developed a formula with his work.

When you say electromagnetic signal today, do such frequency waves appear in your mind?

Fourier discovered a strange connection in the years before we could visualize electromagnetic signals. He realized that complex frequency signals are made up of a combination of regular frequency signals. In other words, waves with a more complex structure could be created by adding more than one simple signal on top of each other.

Let’s explain with an example:

The founder of the Evolution Tree, Dr. Çağrı Mert Bakırcı likens this to pressing the keys of three different pianos at the same time. We can express the sound of each key with sine waves. When we put these sounds on top of each other, we get a more complex sound and sound wave.

Fourier wanted to explain complex waves with sine waves. His original determination was the opposite of the process of combining waves.

It was possible to separate all complex waves into hundreds, thousands or even millions of simple waves!

So if you wanted to generate a complex signal, we could calculate how many different simple signals you would need. What does that mean?

it is necessary to put the melody into notes and to put the sounds into instruments. So you have to break a complex tune into simpler parts. Thanks to Fourier’s Transform you can calculate all the simple waves you need. Moreover, your accuracy rate will be 100%.

Fourier’s formula allows breaking a complex whole into simple parts in one step.

When you multiply the two terms and integrate the result, you divide sine waves into simple parts. The resulting X(f) term represents each simple signal size and amount of delay.

Now (finally) let’s come to the present day and the places where we use this formula:

In other words, you combine more than one simple sound wave on top of each other to form a complex wave, namely the song.

There is only one thing left to do: get this song to people and make it easy to listen to. That’s when all these complex audio files need to be combined into one file. So you have to perform the process called ‘mixing’.

Yes, you got it right. Here’s where .MP3 comes in:

Normally it’s impossible for you to offer recording files directly to people. As a matter of fact, the resulting file has a very suitable data size to transfer.

Well, how are songs in apps like Spotify different from .MP3 format?

We are now in a period where solutions such as .MP3 are also left behind. The file format on Spotify, Shazam and other popular music platforms is Ogg Vorbis, which we know with the .OGG code. The wave transformation in this format is performed not with the Fourier Transform, but with the Discrete Cosine Transform.

When you search for a song in Shazam, the app uses this transformation to parse out simple frequencies in sound waves. When the frequency values ​​in Shazam’s database match with the simple frequencies that are separated, you find the song you are looking for. In other words, Shazam listens and distinguishes the most suitable frequencies in it, not the whole song.

If you have true noise canceling headphones, your headphones use the Fourier Transform. The headphone detects and records the sound around you, splits the sound spectrum into simple waves, analyzes it and changes the frequencies of the music you listen to according to the result. If a horn is sounding next to you at that time, the frequencies increase and the noise stops momentarily. 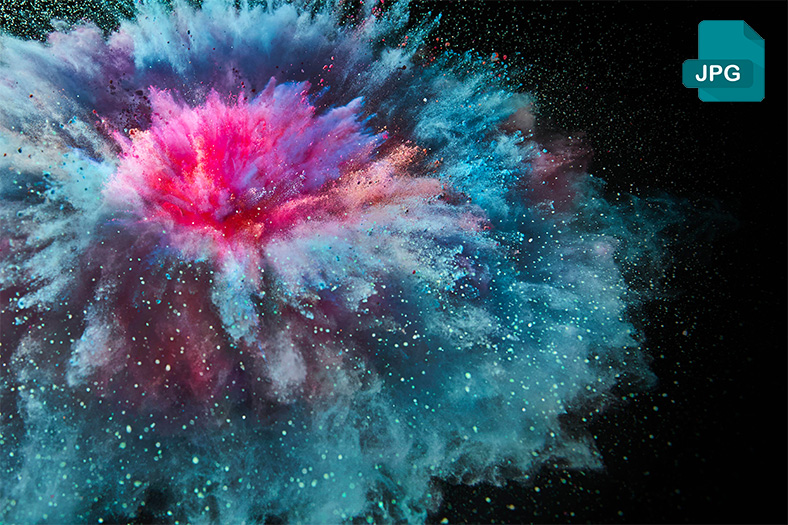 When you save the above image to your computer, its format will be .JPG. During this recording, your computer will perform Fourier Transforms and perceive the colors and brightness in the image as simple waves and discard some high frequencies. We will hardly be able to notice these thrown frequencies with our eyes.

Even think about exchanging photos on WhatsApp. Normally, those photos with extremely large pixels suddenly lose their visual quality when they leave WhatsApp. At the time of this post, the WhatsApp application splits the image into simple waves and deletes some frequencies. As a result, the image goes to the other side, but there is an obvious loss of quality due to the deleted frequencies. WhatsApp performs these operations to facilitate the transfer. As a result, we can send an 8-9 MB photo as 150 KB.

Was Fourier, unaware of what he was doing at the time, achieve his original goal?

For a genius like Faurer, of course, easy listening to music or sending selfies from the WhatsApp group was not a problem. We said that he was interested in the conduction of heat. He was able to model the movement of heat with his transformation formula. He understood very well how heat is transmitted.

If we are wondering about the sensitivity of materials used in a vehicle on earth or in space today, we take a look at the Fourier Transform again.

This is how a single formula is valued in 200 years.

We hope what you learned today; once again showed how important mathematics and in general all scientific fields are.